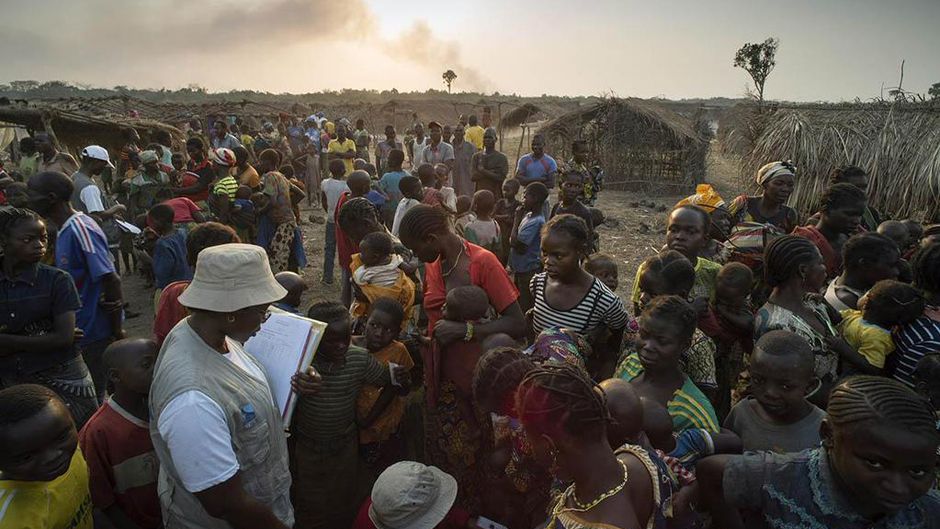 Despite some positive developments across the United Nations system, the task of protecting civilians has become more onerous as conflicts have become increasingly vicious, with the brutalization of women a deplorable persisting trend, a senior UN relief official said Friday, as she urged the Security Council to press all conflict parties to abide by their international obligations towards civilian protection.

Briefing the Council’s open debate, which focused on the vulnerabilities of conflict-affected women and girls, Deputy UN Emergency Relief Coordinator Kyung-Wha Kang said that from Syria, Iraq, Yemen and Libya, to the Central African Republic, the Democratic Republic of the Congo, Nigeria, South Sudan, Sudan, Ukraine and many others, civilians caught up in armed conflict are being killed and maimed, fleeing their homes and fearing for their lives.

“Now more than ever, the protection of civilians needs to be at the top of our priorities,” said Ms. Kang, explaining that at the start of 2014, humanitarian organizations appealed for aid to help 52 million people in urgent need of assistance and protection. By the end of the year, the number had gone up by almost 50 per cent to 76 million. Overwhelmingly, these people are civilians affected by conflict – and the majority are women and girls.

Joined at the Council by Helen Durham, Director for International Law and Policy for the International Committee of the Red Cross (ICRC), and Iwad Elman, of the NGO Working Group on Women, Peace and Security, Mr. Kang said that currently, the average length of conflict-related displacement is now 17 years.

“One of the worst examples of this is Syria, where half of the population has been displaced…but the numbers are growing elsewhere, for example in Darfur, where 450,000 people were displaced last year, adding to the more than two million people already in internally displaced persons camps (IDP) camps,” she continued, stressing that while the Council has taken action to bolster civilian protection and recognized the specific needs of women and girls, more overall measures are required as “the scourge of sexual violence in armed conflict is far from being rooted out.”

Spotlighting several troubling examples of the “consistent and persistent” brutalization women face, Ms. Kang said that as militants from the Islamic State in Iraq and Levant (ISIL) have captured territory in Iraq and Syria, they have used and punished women to demonstrate their power. Women have been repeatedly raped, forced into marriage and sold into slavery. Nigerian women and girls have given harrowing accounts of their experiences at the hands of Boko Haram, she added.

“Simply, crisis exacerbates gender inequalities. While entire communities suffer the impact of armed conflict, women and girls are often the first to lose their rights to education, to political participation and to livelihoods, among other rights being bluntly violated,” she continued, and such challenges are manifestations of deeper, systemic problems.

“We need to better understand the social, economic and power dynamics which result in the continued enslavement of and use of violence against women, particularly in conflict situations. We must also make concerted efforts to expand women’s representation and participation in rule of law processes and protection mechanisms. Women must be included in the political leadership, security forces and accountability mechanisms in countries,” she said.

To facilitate these efforts on the ground, 17 Women Protection Advisers have been deployed to six UN peacekeeping operations and embedded in the Offices of the Special Representatives. In South Sudan, the UN Mission regularly consults displaced women in the POC sites through consultation groups which have been formed. Those consultations help to ensure that prevention and protection strategies led by the mission take into account the perceptions and security needs of women.

Yet much remained to be done, she said, and while the primary responsibility for protecting and assisting civilians affected by armed conflict lies with the parties to the conflict, many parties have demonstrated complete disregard for their obligations under international humanitarian law and human rights law.

“In some cases, parties to conflict deliberately target civilians and use tactics designed to cause them the greatest harm possible,” noted Ms. Kang again drawing attention to Boko Haram, which she said had massacred hundreds of civilians and destroyed thousands of homes, schools and medical clinics in Nigeria during the past few weeks. This follows repeated incidents of kidnapping of hundreds of women and children. In Syria and Iraq, all parties have been targeting civilians based on ethnic and religious grounds.

Despite this troubling context, she said, “International law is clear: parties to conflict are responsible for meeting the basic needs of persons under their control. Yet, time and again, we see parties to conflict violating these basic obligations with impunity, with grave consequences for civilians.” As such, conflict parties must be pressed to do more to comply with their legal obligations and ensure accountability whenever such obligations are violated. But the responsibility does not lie solely with the parties themselves.

“This Council and the international community must take steps to tackle the impunity that continues to fuel many conflicts, as well as the endless flow of weapons and arms. There is nothing that emboldens violators more than knowing that they will not be brought to account for their crimes,” she declared, adding: “We also need to build up our collective capacity, to find political solutions to conflicts at an early stage, rather than struggling to cope with the consequences.”

The efforts of humanitarian workers and peacekeepers are no substitute for timely and resolute political action to prevent and resolve conflict. And women must be full participants in the process, Ms. Kang stressed, as she urged stakeholders to be more attuned to the specific threats that civilians are facing and the risk of escalation of violence and violations, often manifested through heightened discrimination and repression of minorities, including against women and girls.

“When we see early warning signs, we must be able to act quickly and effectively,” she concluded, drawing attention to the importance of the Secretary-General’s Human Rights Up Front initiative.