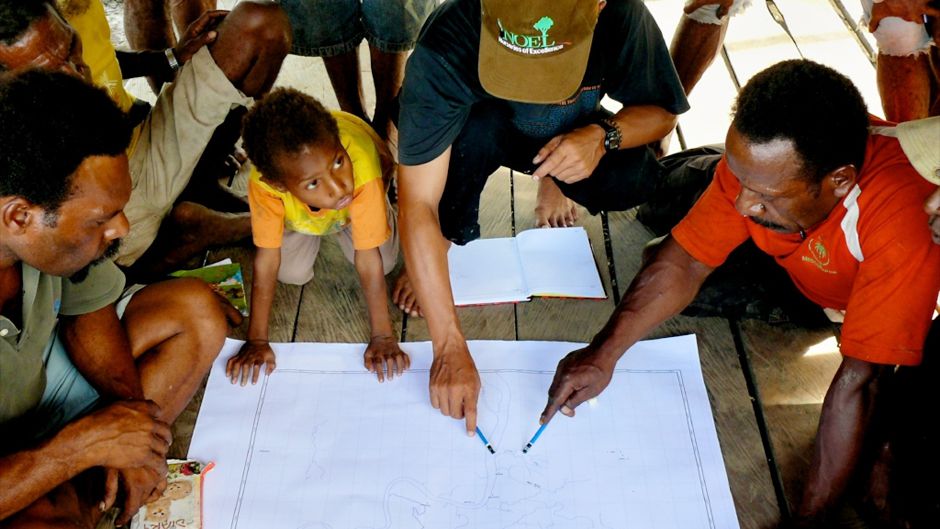 In recent years, a proliferation of standard-setting initiatives, often accompanied by sustainability certification schemes, have sprung up from the private sector. This has largely been a result of sustained civil society advocacy for environmental and social sustainability in commodity production and growing consumer awareness of these issues. Other important factors are the incentives that certification provides for the private sector such as improved reputation and brand strength, market access or premiums. Finally, the trend is also helped by genuine business concern to improve industry practices.

At the international level, the United Nations Guiding Principles on Business and Human Rights clearly state that the private sector has the responsibility to respect and protect human rights, as well as provide remedy for rights violations, regardless of whether governments are able or willing to protect these rights.

But to what extent do standards recognise and afford protection for human rights? How can upward harmonisation of standards with each other, and with international human rights law, be achieved? And while voluntary standards can be seen as ‘raising the ceiling’ in terms of human rights protections, to what extent can they also serve to ‘raise the floor’ by stimulating wider policy and legal reform at the government level?

These questions led a consortium of NGOs to invite representatives of six voluntary commodity standards schemes to engage in a comparative review of their standards. With this review, the Roundtable on Sustainable Palm Oil (RSPO), the Forest Stewardship Council (FSC), the Roundtable on Sustainable Biofuels (RSB), the Roundtable on Responsible Soy (RTRS), the Shrimp Aquaculture Dialogue (ShAD) and Bonsucro sought to identify strengths and weaknesses and draw out key lessons for improvement and harmonisation or their standards both with international law and with each other.

The first rights examined in the comparative review were customary land rights, which derive from traditional ownership, occupation or other use in accordance with customary laws and customary practices. Such land rights receive legal protection under international instruments such as the United Nations Declaration on the Rights of Indigenous Peoples (UNDRIP) and, in some countries, under national constitutions, statutory law, emerging jurisprudence and, where formally recognised, under customary law. 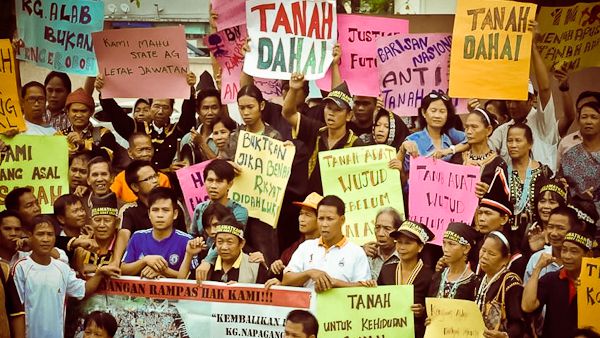 However, customary land rights remain poorly protected across much of the global South and the principle of eminent domain persists, thereby making it easier for governments to allocate  large swathes of land to investors without due consideration of the communities who maintain customary relations with this land and depend on it directly for their livelihoods.

A comparison of how customary rights are considered under the six standards reveals that all standards require compliance with national and international law, including in relation to land. Customary land users are generally acknowledged, and absence of legitimate dispute over land is a criterion for certification. However, only the RSB mentions food and water security in their standard.

There is no clear distinction made between categories of land users in any of the standards (for example, women, lower castes, migrant labourers, squatters, nomadic pastoralists) or of how their rights to land may differ. Moreover, where food, water and land are mentioned, they are treated in terms of access and management rather than as rights per se, as they exist under international human rights instruments. None of the standards address the complications created where international and national laws on land rights are in contradiction, nor do they identify which gains precedence, allowing a degree of selectivity on the part of companies as to which law to follow.

Free, Prior and Informed Consent

The second right examined was Free, Prior and Informed Consent (FPIC), a principle most explicitly stated in the UNDRIP and interpreted in jurisprudence as implicit in other human rights instruments, such as the UN Covenant on Civil and Political Rights (UNCCPR); the UN Covenant on Economic, Social and Cultural Rights (ICESCR); ILO Convention 169 Concerning Indigenous and Tribal Peoples in Independent Countries; the Voluntary Guidelines on the Tenure of Land, Fisheries and Forests in the context of National Food Security; and the Decisions of the Parties on the Convention on Biological Diversity.

FPIC is the right of indigenous peoples (and, in some cases, rural communities more generally) to give or to withhold their consent, through their self-chosen representatives, to projects that may affect them and the resources upon which they depend. It is a duty of governments to respect this right, which is most usefully understood as an expression of the right of all peoples to self-determination.

FPIC is explicitly stated in the principles and criteria of the FSC, RSB, RTRS and RSPO, but the ShAD and Bonsucro only refer to it in their non-mandatory guidance. None of the standards’ texts explicitly state that FPIC is tantamount to the right to say ‘no’ (i.e., to withhold consent). Definitions of what ‘informed consent’ and ‘prior consent’ mean in practice are lacking, as is the requirement for consent to be given without coercion. Bonsucro, RTRS and ShAD make no mention of the right of indigenous peoples to be represented by their own self-chosen representatives in interactions with a company or in the consent-seeking process.

Common to all the standards were challenges in the implementation of a consent-seeking process. For example, who has the right to FPIC, and who has the legitimacy to represent communities in giving consent? How can elite co-optation be avoided? How informed do communities need to be, bearing in mind confidentiality clauses? When should the consent-seeking process start, and what are the relative roles of the government and of companies in seeking consent, especially where this is already an obligation of governments under international human rights law?

The right to remedy

The third right compared was the right to remedy (remedies include restitution, compensation, rehabilitation, satisfaction and guarantees of non-repetition). Under international law, the availability of effective remedies is a right in and of itself that complements other recognized rights.

A comparison of conflict resolution mechanisms across the six standards reveals that all require disputes to be resolved prior to certification. In the case of the RTRS, certification cannot be obtained where court proceedings are still underway. Most standards require the certification body to establish a conflict resolution mechanism or mediation facility. However, the definition of ‘resolution’ itself remains opaque, with several standards interpreting this as the initiation of a process to resolve a dispute, rather than the ending of the dispute itself.

The definition of ‘conflict’ remains unclear — with no distinctions made between conflict, disputes, disagreements and other terms — as are the differing means through which these contentions should be resolved. None of the standards require suspension of a company’s activities pending resolution of the conflict — a point that emerges as a key grievance on the part of many rural communities. Nor do the standards explicitly require the participation of grieved parties or local communities in developing conflict resolution mechanisms, thereby undermining the standards’ legitimacy when activated to resolve conflicts that involve these very communities.

Remedies offered tend to be monetary compensation rather than land restitution, and often on disadvantageous terms for the grieved parties. Finally, no provisions are made for cases where a company’s operations create horizontal conflict across communities, rather than vertical conflict between communities and the company, and it remains unclear what the responsibility (if any) of the company is in such cases.

The emergence of voluntary standards both testifies to, and has encouraged, a move by the private sector towards thinking of communities and development in terms of rights. Many have now committed (on paper, at least) to dialogue, negotiation and consultation in their interactions with affected communities, and the relevance of international law is better recognised, although its relationship with national laws remains ambiguous. 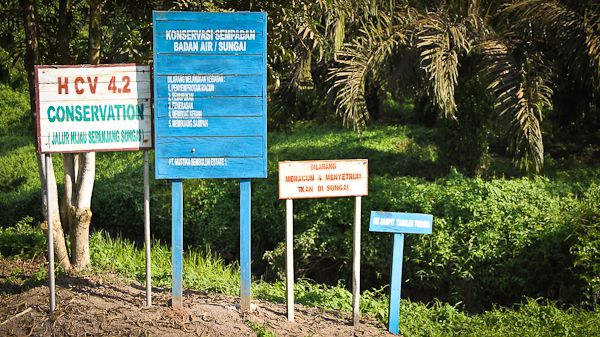 Problematically, the separate evolution of standards has led to discrepancies and lack of harmonisation in how they address human rights, leading to confusion for the companies, the communities and government agencies, particularly where standards overlap (for example, palm oil and bio-fuel standards).

In practice, the (in)effectiveness of outcomes depends greatly on the (in)capacity of communities to actually use the standards, due to lack of technical know-how, access and capacity. Where their participation in the development of the standard itself is lacking, the legitimacy of the standard is undermined.

[quote quote=”For those seeking legal reform as a way of protecting communities’ rights, voluntary standards can act as one tool in the toolbox of legal advocacy.” type=”text” ]

Human rights organisations have sought to support such communities in using the standards to defend their rights and raise their grievances. Many have encountered the challenge of finding the balance between ‘naming and shaming’ and ‘naming and praising’, to avoid discouraging private sector engagement in voluntary standards, whilst also monitoring the standards to ensure that rights are really being respected on the ground.

For those seeking legal reform as a way of protecting communities’ rights, voluntary standards can act as one tool in the toolbox of legal advocacy. On the one hand, working through the voluntary standards can raise the bar in terms of obligations by the private sector. But rather than removing the onus on governments to fulfil their own obligations, voluntary standards would ideally encourage substantive and procedural change in existing legislative frameworks and national laws, to bring these in line with international human rights instruments and the rights enshrined therein.