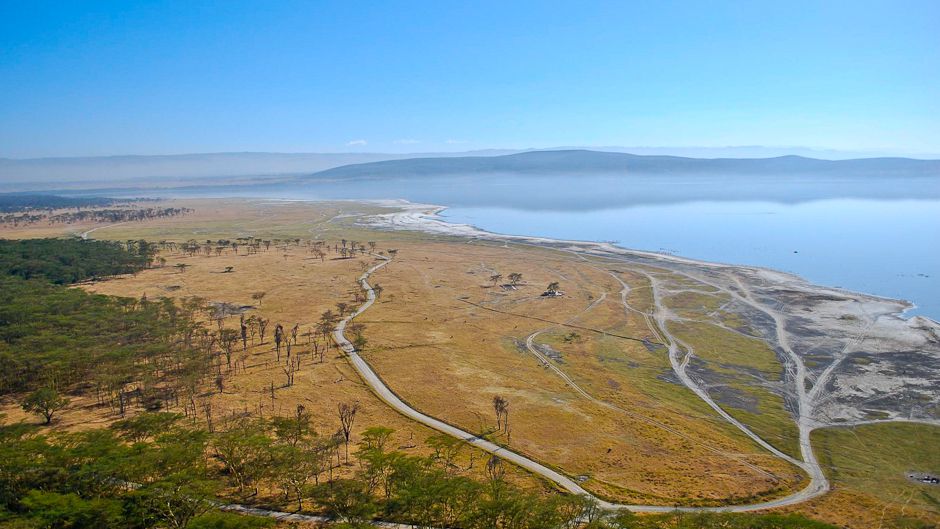 This summer I stared climate change in the face and finally came to understand how much it unites us like nothing else in history.

I am from Warrington, a town in the North of England. Warrington is just 32 km from Manchester; the scene of Dickens’ dark satanic mills and the birthplace of the industrial revolution.

On a recent trip to Kenya, I made a friend called Waiganjo who has just graduated in environmental studies and community development. He is from Nakuru in the Rift Valley of Kenya where Lake Nakuru is disappearing before our very eyes. Waiganjo worries that in less than ten years it may be completely gone. With the disappearing water comes disappearing livelihoods; without water there can be no farming, without farming no food.

What started in my hometown is impacting upon Waiganjo’s.

Today, Kenya is on the brink of complete disaster. Kenyans are in the middle of the worst drought in living memory. Four million people are surviving on food aid. Yet again, the rains that were expected, and so desperately needed, have not come. The crops have failed, the cattle are dying and sustaining life in many areas is becoming impossible.

All over Kenya talk is turning to why.

Talk is turning to climate change.

As Kenyans witness year after year of failed rains, as they see their rivers and lakes drying up and the glaciers on Mount Kenya disappearing, more and more they are talking about the changing climate. For it is not a far off concept to them, it is something they are living with and adapting to everyday. And the effects are not just being felt by the millions starving in Kenya but by almost every Kenyan. Even in the wealthy areas of Nairobi, water rationing is in place. Most of Kenya’s power comes from water and so power outages are a regular occurrence too.

Climate change is a reality here and now in Kenya. Sitting in the UK it is easy to forget that.

But the messages coming from Kenya about climate change are not all ones of despair. They are also ones of hope, of creative solutions, of visions of a better future.

As part of the UK Youth Climate Coalition, I am a member of a growing international youth climate movement. All over the world young people are coming together and fighting for our future — in our own countries and at the UN.

Whilst in Kenya, I was lucky enough to be welcomed by the youth climate movement there. The first thing that struck me when I went to a meeting of the Kenyan Chapter of the African Youth Initiative on Climate Change (AYICC), was how similar we all are.

The passion to do something about climate change unites us more than anything could ever divide us. That I sat under a tree in Nairobi, 8,000 km away from home, at a meeting where all the same things were being discussed as we do daily in the UK, just blew me away.

How to engage more youth in the movement, how to fundraise to go to Copenhagen, how to communicate climate change to new audiences, who is going to take minutes… If I closed my eyes, I could have been back at home.

Over the course of a month, I became more and more involved in AYICC Kenya and created friendships that I hope to sustain long into the future. Though from such different backgrounds, I learned that we have more in common than divides us. Young people in both Kenya and in the UK see the threat of climate change and want to face it head on.

We are raising awareness, educating people, lobbying and advocating for a world we want to see. From films, to flash mobs and from meetings to music we are using everything we have to get our message out there.

Kenyan youth are not simply waiting for rich countries to help Kenya, they also want Kenya to take action. They want to create a country that develops sustainably; one that raises its people out of poverty in a clean and fair way.

So as I left Kenya, we began to develop a plan. We decided to pair our Copenhagen delegations. We will be accredited and together go inside the United Nations Framework Convention on Climate Change negotiations.

By joining our two delegations with youth from all around the world and making our presence felt, we will take our place as stakeholders in these negotiations. After all, this is our future they are negotiating.

Through creative actions and the media highlighting of our youth messaging and demands, we will try to push the negotiations towards the deal we consider appropriate: one that is strong enough to ensure the survival of all nations and peoples. Because survival is not negotiable!

The UK has a very checkered past in Kenya. Youth in the UK do not wish to ignore this past. We accept our historic responsibility, but we hope to move past it and rewrite our shared story.

We from the UK are assisting our Kenyan counterparts with their fundraising to get to Copenhagen, but more than that, we are sharing experiences and ultimately sharing friendships. Not just up to and during the conference, but also beyond.

We all know climate change is not going to be solved by this one conference in December. That is why the partnership between the youth of UK and Kenya is so important. In the future, when we are the ones making the decisions, maybe things will be better because of it.

Better, because we will know each other — as delegates, as friends, as brothers and sisters.

Better, because we will know that we have more that unites us than divides us.

Better, because we will have learned that we live in one world where all of our actions impact on each other, however far apart we live, however different our lives seem.

Perhaps those who negotiate at the UN have something to learn from this.

Born and bred in the North of England, Anna wants to learn everything she can about her world after tasting it in her travels. Having just completed a masters in Environment and Development, she works part time for The Green Belt Movement International, as well as being on the coordinating team of the UK Youth Climate Coalition where she helps coordinate the youth delegation to Copenhagen. She is also a blogger for the adoptanegotiator.org project.