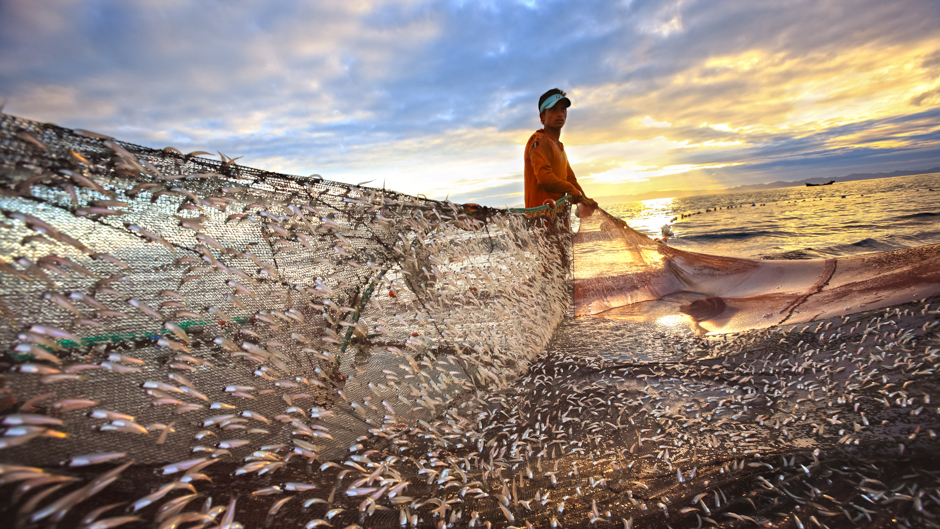 The ocean covers over 70% of the planet and produces at least 50% of the planet’s oxygen. For this and many other important reasons, United Nations University expert Dr Jack O’Connor introduces six facts about the ocean and its relationship with life and livelihoods.

Through their very biology and ecology, marine ecosystems are natural climate regulators. From phytoplankton and seagrass to whales and sharks, marine organisms trap and store atmospheric carbon and ultimately transport it via food webs to the deep sea for long-term storage.

2) Oceans are home to most of the life on earth

The coral triangle, for example, formed by Malaysia in the west, the Philippines in the north and the Solomon Islands in the east, is one of the most biodiverse regions on the planet and the undisputed capital of biodiversity in the sea. It contains the highest diversity of corals (76% of all species), coral reef fish (37%), and turtles (86%) of anywhere in the world.

Due to its special status of biodiversity and the 120 million people who rely directly on its resources, conservation efforts are increasing in the coral triangle to combat threats due to climate change, unsustainable fishing and land-based pollution. Large-scale policy efforts are needed to reduce illegal- and overfishing and strengthen governance to enforce sustainable regulation of industrial practices in this unique region.

4) Climate change is altering our ocean

Climate change is altering the temperature, acidity and oxygen levels in the ocean. For sensitive or sessile marine organisms, this is leading to direct losses of biomass and biodiversity, while others are migrating poleward into cooler areas to escape. The impacts of these newcomers to novel ecosystems is unpredictable at best, and often disastrous. The single greatest priority to address this is an immediate and substantial reduction in global CO2 emissions.

We must create a new balance, rooted in true understanding of the ocean and how humanity relates to it. Photo: Yosuke Shimizu, Creative Commons CC BY-SA 2.0.

5) We need to protect and preserve our ocean

With 90% of big fish populations depleted and up to 50% of coral reefs lost or damaged, we are taking more from the ocean than can be replenished. To protect and preserve the ocean and all it sustains, we must create a new balance, rooted in true understanding of the ocean and how humanity relates to it. We must build a connection to the ocean that is inclusive, innovative and informed by lessons from the past.

The fight to protect our ocean doesn’t begin and end on the high seas or in the halls of power. You can help from your doorstep by being aware of the chemicals and plastics you use and by making sustainable, varied choices in your seafood consumption.

From the continuing pervasive use of single-use plastics to global demand and unregulated value chains driving unsustainable, often illegal fishing practices, we are not only removing the dwindling amount of fish in the ocean, but ruining the habitat for the ones who remain. This is in part due to the difficulty of regulating activities on the high seas, out of sight to most of us. Two important ways of tackling this challenge are to reduce harmful government subsidies that many unsustainable fishing practices rely on and to educate yourself on exactly what seafood species you eat, where it comes from and how sustainable it is.

This article was first published by the UNU Institute for Environment and Human Security.

Dr Jack O’Connor is a senior scientist in the Environmental Vulnerability and Ecosystem Services section at the UNU Institute for Environment and Human Security.