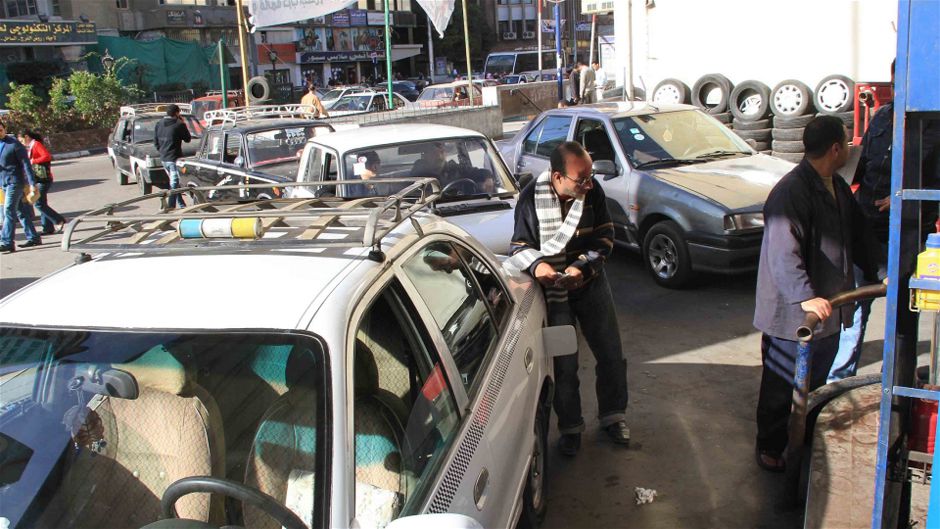 Fuel subsidies in Egypt account for 22 percent of the state’s annual budget, taking funds away from other sectors like health and education. The government believes an ambitious five-year scheme, starting with a fuel smartcard roll-out, will reduce and rationalize fuel consumption, circumvent widespread corruption and phase out fuel subsidies.

Estimates for fuel subsidies for this year amount to the equivalent of US$20.1 billion.

“We pay for fuel subsidies about seven times more than what we spend on health and three times more than on education,” said Haithem Trabeek, a senior strategic and business planning manager with E-Finance, a company owned by the Ministry of Finance and selected by the government to run a new smartcard system that is part of a plan to reform fuel subsidy payments. The cards are initially being used to monitor the distribution of subsidised fuel to help identify fraud and corruption — something that analysts say is a widespread problem in the subsidy scheme, which is meant to help the poorest in society.

Energy subsidies are currently applied to every Egyptian, regardless of their income. Because everyone gets cheap fuel, and the rich consume more of it, the poorest are effectively left out.

“I have a good salary and benefit from subsidies like someone who earns one dollar per day,” said Trabeek. “In fact, I’m subsidized more.”

“Fuel subsidies should be tailored to the poor. However, it’s wealthy car owners who benefit much more from subsidies,” Selim told IRIN. According to Minister of Planning Ashraf El-Araby, 80 percent of the energy subsidies are spent on the rich.

Nevertheless, the fuel subsidies do keep costs down for the poor, especially in the food production and transport sectors, and the government is aware that any dramatic reductions risk provoking inflation and social unrest similar to Egypt’s 1977 “bread riots” when, under World Bank and International Monetary Fund (IMF) pressure, the government tried unsuccessfully to reduce food subsidies. In recent years, the government has been pushing subsidy reforms in a bid to agree a loan with the IMF.

Since the start of the year, the government has gradually been implementing the smartcard system as part of its plan to phase out energy subsidies within five years.
“The great benefit of our smartcard project is it will enable the government to tailor policies, to apply subsidies in a more targeted way,” Trabeek told IRIN.

“Rechannelling energy subsidies can have a real impact on people’s lives.”

Subsidized fuel is particularly important for the country’s one-in-four living in poverty. Fuel shortages over the past 12 months have hit farmers seeking to irrigate and harvest their crops, bakers making the country’s heavily subsidised bread, and even ambulances seeking to reach the sick.

In an attempt to tackle a fuel crisis, which left long queues at petrol stations, hit food production and left many supermarket shelves bare, the ministries of finance and petroleum launched the smartcard project in January 2013.

To achieve the goal of reducing fuel subsidies, the smartcard project aims to create a database that provides accurate information regarding the country’s supply and consumption of petroleum products.

Since 2008–09 Egypt has been a net oil importer, and Selim says without a reduction in energy subsidies, it could become a net importer of natural gas as early as 2020.

Last month, former Minister of Petroleum Osama Kamal said annual black market revenues from the smuggling of petroleum products, such as diesel, were equivalent to $4.3 billion.

“Fuel subsidies should be tailored to the poor. However, it’s wealthy car owners who benefit much more from subsidies”
The first phase of the smartcard project, which was completed in June 2013, targeted petrol stations and large customers to monitor fuel quotas obtained from supplies stored at depots.

Trabeek says each depot is equipped with the card system which records all data related to the vehicle owner, including fuel purchase amount, and gives the government a good sense of where the fuel is being transported and sold.

“We installed 15,000 points of sale at fuel stations to register and record operations; we trained around 20,000 workers on how to use the new electronic system,” Trabeek told IRIN.

The second phase of the project aims to move a step further down the distribution chain and target consumers at the pumps. This is currently being rolled out. In February, the finance and petroleum ministries announced that 1.3 million car owners had been registered in the scheme; one million of them had received fuel smartcards.

“It’s a smart idea.” said independent energy analyst Sherif Elhelwa. “You can control how much fuel goes in and out. You’re leaving no room for the black market.”

The smartcards are a data-collection tool, but in future phases, the authorities plan to build on the scheme, and the information collected on subsidized fuel use, to start rationing.

Islam El Gamal, E-Finance’s marketing manager, says the government has not put enough effort into communications and transparency: “Most Egyptians struggle to understand the idea of a smartcard, and that it will benefit the national economy. People think the fuel price will rise, with nothing in exchange.”

Trabeek also hinted at lack of trust in the government. “Egyptians don’t see promises kept. Many of them don’t recognize the value of the new system so they may just ignore it altogether,” he said. For the time being the smartcards are voluntary, but officials say they will soon be compulsory.

“We need to create an environment where people are taught about fuel efficiency, what smartcards are, how we use them and why,” Elhelwa said, “It will take time for Egyptians to become familiar with this.”

Registering online to receive smartcards is a limitation, he added. According to the Central Agency for Public Mobilization and Statistics (CAPMAS), Egypt counted 35.95 million Internet users in June 2013 — a small number for a country with a population of over 80 million. Moreover, nearly half of Egyptians are illiterate.