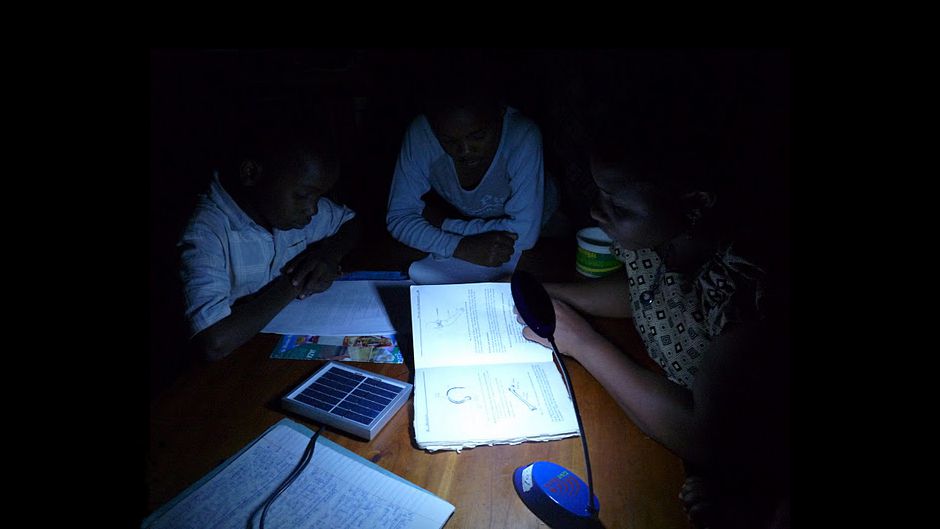 Many of the 600 million people who are still without electricity in Africa rely on home-made kerosene lamps for lighting — putting themselves in danger from fire, toxic black smoke and eye damage.

But cheaper solar technology is being offered that can provide long-lasting light and additional power to charge telephones and other electric devices, without the need for an electricity grid connection.

A campaign to eliminate the kerosene lamp was begun by SolarAid, an international charity that seeks to combat poverty and climate change.

It set up an African network to sell these devices in 2006, with the aim that every kerosene lamp will be replaced with solar power by the end of the decade. So far, with 1.5 million solar lights sold, about 9 million people have benefited from its scheme.

The charity says that solar lighting saves a family money because buying the kerosene uses about 15% of household income, whereas a solar lamp — bought the for as little as $10 dollars — produces light for more than five years.

“It takes approximately ten weeks for people living in sub-Saharan Africa to re-coup their investment in a study light. Customers save because they no longer need to buy kerosene supplies, candles and batteries,”

The risk of a kerosene fire is also removed, along with the indoor air pollution, and the lamps allow children to study at night. Further, one kerosene light produces 200 grammes of carbon dioxide a year — an unnecessary contribution to climate change.

SolarAid set up SunnyMoney, a social enterprise that sells the lights via school networks and local businesses. Selling the lights, rather than donating them, keeps money in local communities, provides employment and allows the profits to be ploughed back into extending the scheme.

Currently, the organisation has East Africa networks in Kenya, Malawi, Tanzania, Zambia and Uganda and is expanding to adjoining countries.

There are a range of lights and chargers offered from a variety of manufacturers, each with a two-year replacement warranty and up to five years battery life.

The cheapest, at $10 dollars, is a study light that gives four hours of bright light after a day’s charge, while the more expensive models offer light for up to 100 hours, charging for up to two phones at a time and radio charging. The most expensive, which cost around $140, are ideal for small businesses.

SolarAid began life in 2006 when the British company SolarCentury, one of Europe’s leading solar companies, began donating 5% of its profits to the charity.

“We were the first in the field back then, but now there are many solar lights of all kinds on the market,” Leggett says. “Most of them very good, although there are some ghastly cheap products that do not last, which can harm solar’s reputation.”

He says the company donations had been matched with other corporate and government aid. Ironically, even Total, the oil company, is now selling solar lights at its petrol stations.

Leggett believes that the market is growing so fast that there is a good chance of SolarAid reaching its goal of getting rid of all kerosene lighting in Africa by 2020.

He is hoping to build on his idea of donating 5% of corporate profits to climate change and poverty alleviation charities, and is launching a “5% club” of enlightened businesses prepared to do the same.

“Most companies would not miss 5% of their profits and the gains are enormous,” he says. “In my company, the programme is a great favourite with staff and gives everyone a feelgood factor. Compared with other similar companies, we retain staff longer because they feel their work is more worthwhile.”