Somali Refugees: Between Shelter and Discrimination 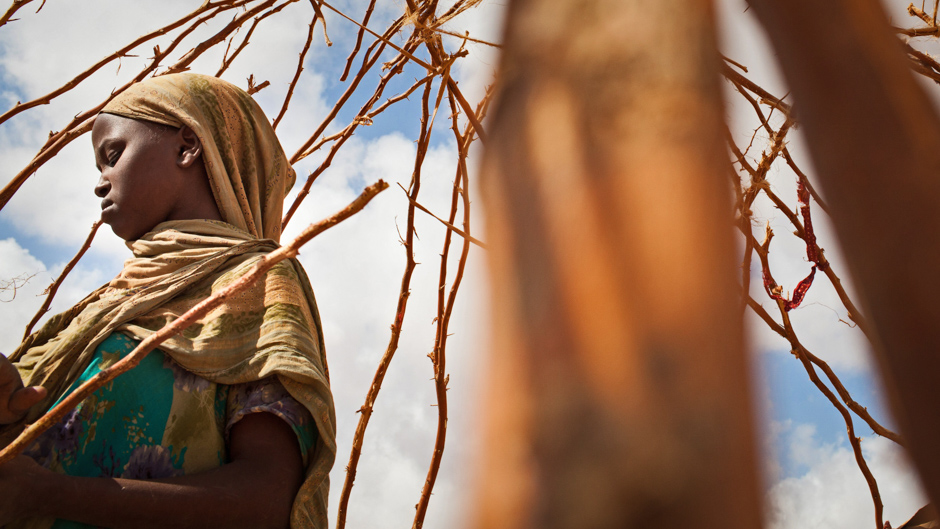 In mid-January 2016, al-Shabaab, an al-Qaeda affiliate, attacked an African Union base in the southern Somali town of el-Ade. The militants killed dozens of Kenyan soldiers, fueling anger in neighboring Kenya towards the Islamist terror group. But the attack also nurtured a longstanding distrust of Somali immigrants in Kenya.

Since the outbreak of civil war in 1991, Somalia has seen violence, political instability, starvation, and disease. In 1995, the second phase of the United Nations peacekeeping operation in Somalia withdrew in failure, and the number of civilians affected by the widespread violence continued to rise.

Many Somalis sought refuge in Kenya. In 1991, the refugee camp of Dadaab was established 60 miles from the Somali border as a temporary shelter for 90,000 people. Now, however, more than 300,000 Somalis call it home. Dadaab has become the largest refugee camp in the world.

Throughout Kenya, the UN High Commissioner for Refugees (UNHCR) registered nearly 420,000 refugees from Somalia, as of November 2015. Overall, Kenya currently hosts more than 600,000 refugees and asylum-seekers.

Over the decades, not only have Somalis fled to Kenya for protection, but they have also migrated to Kenya for increased opportunities to study, to find work, and to make it their home. Today, six percent of Kenya’s population is of Somali origin. Of these 2.4 million Somali-Kenyans, several are leading government officials including the current foreign minister.

Al-Shabaab is one of Kenya’s main security threats

Due to the lack of a functioning government in Somalia, the terror group al-Shabaab has taken hold of remote territories and roams the country instilling fear and extorting civilians. To fight the extremists, Kenya has contributed more than 4,000 troops to the 22,000 African Union troops deployed in Somalia. These forces have driven al-Shabaab out of major strongholds in the country, but an estimated 7,000 to 9,000 Islamist fighters remain in central and southern Somalia.

As al-Shabaab is defeated by African Union troops, the militants have retaliated against Kenya with horrific violence. In September 2013, al-Shabaab coordinated an attack on the Westgate Mall in Nairobi where it held hostages for 80 hours and killed 67 people. In April 2015, four masked al-Shabaab gunmen left 148 people dead at Garissa University College.

All four of the militants who executed the Garissa attack came from Kenya, and one of the men was the son of a government official. One of the main security threats in Kenya today emanates from the al-Shabaab attacks.

The militants’ connections to Kenya stoked fear in the population, as Kenyans debate how to prevent radicalisation and violence. Kenyan officials seek to balance preventing al-Shabaab militants from entering the country while ensuring that its actions to fight the terror group do not inspire home-grown extremists. Reasons for that could be human rights abuses or the widespread discrimination of Somali-Kenyans.

Despite their contribution to Kenyan society, Somali-Kenyans have been the victim of discrimination and terror by the Kenyan police as tension rises due to continued al-Shabaab attacks.

In principle, all people have the right to acquire citizenship without discrimination in Kenya. The Bertelsmann Transformation Index (BTI) shows in its latest edition, however, that “in practice, members of certain groups — such as ethnic Nubians and Somali — face significant problems gaining identification documents and are required to provide additional evidence. As a result, individuals are often denied full citizenship rights at least for a part of their lives whilst they try to negotiate these specific and discriminatory layers of bureaucracy.”

In Eastleigh, a predominantly Somali neighborhood of Nairobi, Somali-Kenyans are monitored by police, and throughout Kenya, they are pulled off of buses and subject to police checks despite Kenya’s claim that there is no racial profiling. Such discrimination is reminiscent of the 1980s, when the Kenyan government used a screening process to strip tens of thousands of Somali-Kenyans of their Kenyan identity.

Moreover, as a response to al-Shabaab attacks, ethnic Somali communities are routinely singled out for abuse by Kenyan security forces, including beatings, arbitrary detention and theft of personal property, as Human Rights Watch confirms. The perpetrators nearly always go unpunished.

The Kenyan government has been targeting Somali-Kenyan citizens and Somali refugees because it perceives these communities as “potential hiding and breeding grounds for al-Shabaab terrorists”, as the BTI report on Kenya points out.

The principle of voluntary return

To diminish this threat, the Kenyan government also debates building a wall along the Somali border to restrict access to the country. Even with Kenya’s Somali border closed, the 682 kilometers remain largely unguarded due to the border’s size and the government’s lack of resources.

Moreover, Kenya has deported hundreds of Somalis back to Mogadishu in the past years, including registered refugees, violating international obligations. Additionally, the Kenyan government has repeatedly threatened to close Dadaab and force thousands of refugees over the border.

However, in practice the government in Nairobi has thus far remained largely committed to the Tripartite Agreement for repatriation of Somalia refugees in Kenya, which it had signed together with Somalia and UNHCR in 2013. It stipulates the principle of voluntary return. As of October 2015, nearly 5,000 refugees from Dadaab have returned home since December 2014.

Another way of reducing the size of Dadaab, and thereby diminishing breeding ground for terrorism (as it is perceived by Kenyan officials), would be to provide means for refugees to secure work. Currently, Kenyan policy does not allow refugees to work and restricts their travel, leaving them largely dependent on food aid for survival.

While the Kenyan government seeks to protect its citizens, it must balance its much-needed national security interests with human rights. The ongoing regional fight in East Africa has global implications as terror groups like al-Shabaab continue to root and sow terror worldwide, and the global population of refugees grows due to ongoing violence and the onset of climate change.

Antonia Sohns is an analyst at the World Bank. She writes this article in her personal capacity.

Somali Refugees: Between Shelter and Discrimination by Antonia Sohns is licensed under a Creative Commons Attribution-NonCommercial-ShareAlike 4.0 International License.

Antonia Sohns is an analyst at the World Bank.