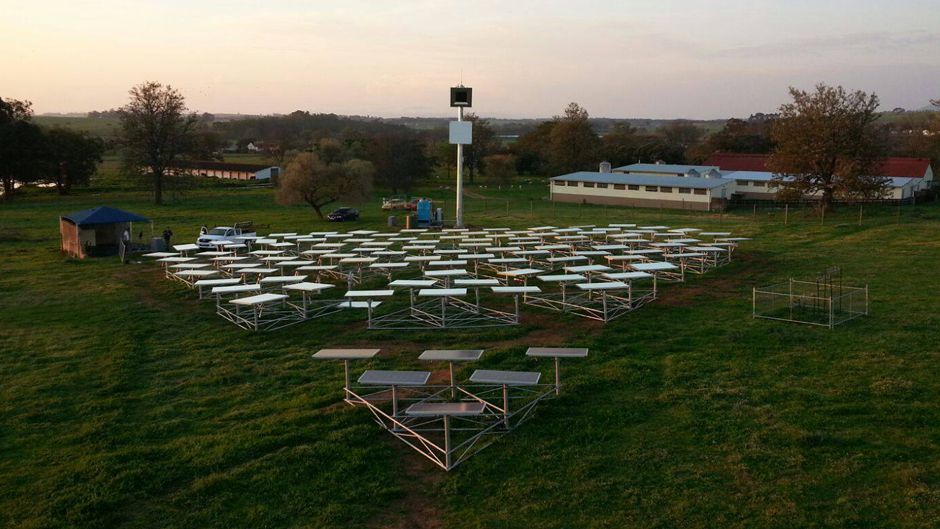 It is a problem that has so far stumped even Google’s brainy engineers — how to generate cheap solar electricity using a small-scale array of mirrors to concentrate the sun’s energy.

Now a team at a South African university — led by a former Intel strategic planner — believes they have cracked it. Once they have completed a prototype system in October they have big plans for rolling out the technology.

The idea behind the design — so-called Concentrated Solar Power or CSP — is simple. A field of mirrors on the ground tracks the sun and concentrates its rays on to a central point that heats up. That heat is converted into electricity.

There are a handful of large-scale examples of such solar plants around the world generating electricity, and there are predictions that the technology could generate a quarter of the world’s energy by 2050. But the plants are expensive and it has proved difficult to make them work at smaller scale. Called heliostats, the shaped mirrors are usually large with a huge central base set in concrete. With current technology they are expensive to produce, have to be connected through pricey wiring and need to be installed by highly skilled and large construction crews. This is the main factor that makes CSP more expensive than traditional photovoltaic panels, which have fallen in price by 75% since 2009. 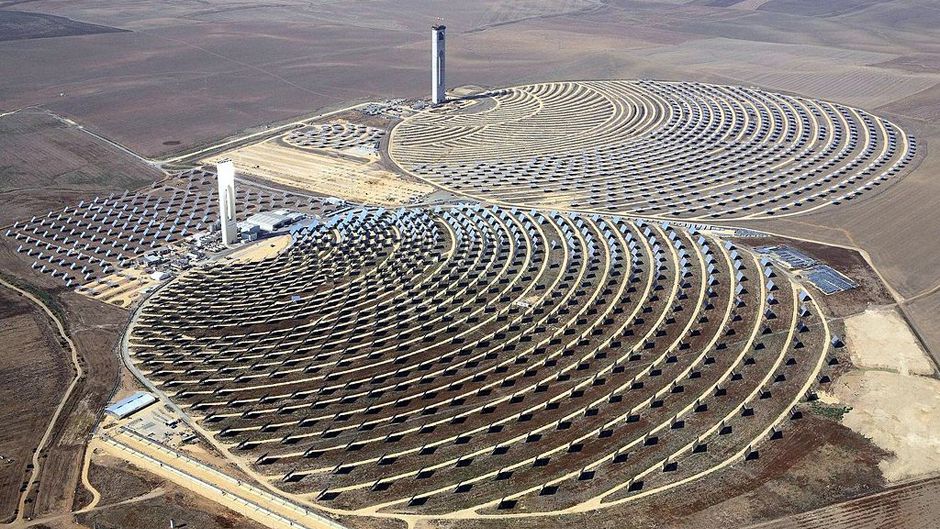 Paul Gauché is the South African founding director of the Solar Thermal Research Group at Stellenbosch University that is testing a new approach.

His team’s aim is to produce CSP technology that will be cheap and quick to install. “We are developing plonkable heliostats. Plonkable means that from factory to installation you can just drop them down on to the ground and they work.” So no costly cement, no highly-trained workforce, no wires, just two workers to lay out the steel frames on the ground and a streetlight-style central tower.

“We are developing plonkable heliostats. Plonkable means that from factory to installation you can just drop them down on to the ground and they work,” explains Paul Gauché.

Their work has already attracted the interest of well-known foreign companies, including a German consortium and a Massachusetts Institute of Technology solar company.

Sitting in a control room made from stacked shipping containers, Gauché looks out over the heliostats sprouting like flowers in the field. “Every part in it is manufacturable and installable by two sets of hands, or one rugby player as we found out,” he laughs.

Helio100 is a pilot project with over 100 heliostats of 2.2 sq meters each, generating 150 Kilowatts (kW) of power in total — enough to power about 10 households. According to Gauché, the array is already cheaper than using diesel, the go-to fuel for most companies and businesses during regular power outages in the country. Google’s RE<C initiative, which developed pioneering new renewable energy technology, attempted to build systems like this but they abandoned their research after reporting that they could not do it cheaply enough.

What Gauché’s team has done differently is to reduce the cost of creating heliostats. Around the world CSP is in decline after an initial growth spurt because it currently costs about three times more than using a hybrid system of PV panels together with wind power to generate electricity, explains Prof Tobias Bischoff-Neimz, manager for energy at South Africa’s Centre for Scientific and Industrial Research.

The team wants their system fully functional by the end of October 2015 but Gauché predicts that once they refine the technology, then economies of scale will follow.

“The future for CSP rests with creating power at changing rates, not like a base load power station that runs at full power all the time, but a system that makes the grid more flexible.” He says Gauché’s work to reduce the cost of the technology is vital if CSP is to reach its potential.

Gauché’s team uses smaller mirrors that focus the sun’s rays on to a small surface at the top of the tower. The mirrors track the sun all day — like people watching a tennis ball during a match — and then reset for morning. They focus the sun’s rays into a beam so intense it that can melt the collector in less than five seconds if its cooling water stops flowing. The heating element is like a car’s radiator in reverse; the heat is transferred to moving water that can either create electricity or be used for other work.

Athi Ntisana is a technologist from South Africa’s Eastern Cape province who has been working since the start of the project conceptualising, prototyping and building the finished systems. He is convinced the technology is right for the country.

“It requires labour, components can be manufactured here in the country and we have land here where sunlight is abundant — and that’s also where there is not much employment. It solves all these problems.”

The team wants their system fully functional by the end of October 2015 but Gauché predicts that once they refine the technology, then economies of scale will follow. Referring to Henry Ford’s famous mass-market breakthrough he says: “We are not yet at the model T in CSP. The moment you start to get high volumes, industrialisation, get more scientists, more of everything, then the costs will come down radically.”

Jeffrey Barbee is a photojournalist and award-winning film producer and director. He works for Global Post, presents the US national TV show Earth Focus for LinkTV and writes and photographs for the Guardian UK, and various other publications. His 2012 film Creating a Climate For Change won best environmental film at the film festival of Colorado. He is the Director of The High Cost Of Cheap Gas, a current feature film exposing the global gas industry. He is the Director of Alliance Earth, a worldwide not-for-profit environmental and scientific reporting initiative and is a board member of the Mezimbite Forest Centre.