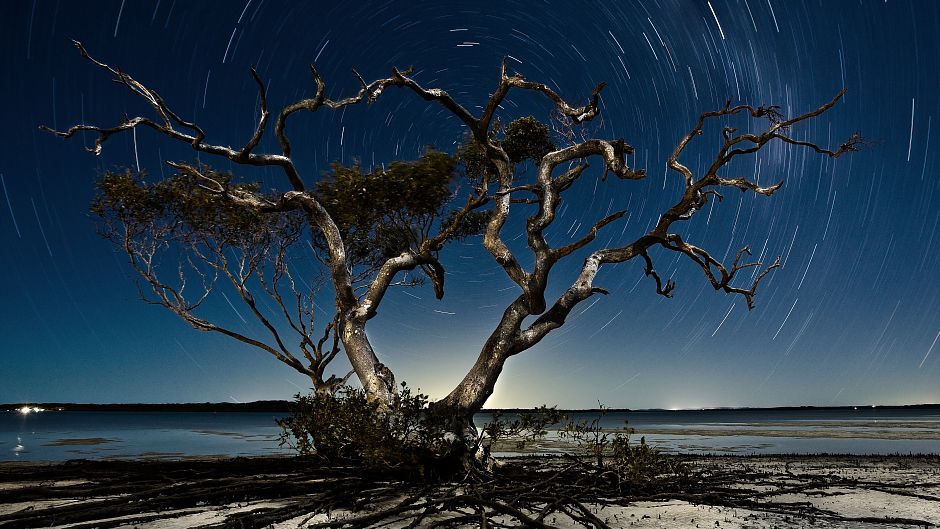 Lately there is a burgeoning awareness of the crucial problems faced by the planet and a recent documentary film crams them into one formidable ball.

The Great Squeeze covers climate change, access to water, our reliance on oil, and the health of the earth’s ecosystems. To demonstrate the combined pressure of these issues, the 65-minute film relies on 15 experts, some well known. During discussion of the four topics, there is also frequent reference to the controlling influence of the globe’s prevailing economic system.

The effect is a bit overwhelming as the filmmakers strive to make us feel the oncoming of a “perfect storm” of consequences. Somewhat US-centric and not overflowing with solutions, the film provides a worthwhile summary of the key challenges and the links between them.

The documentary is also a great stepping off point for those familiar with the topics yet wishing to learn more about specific aspects or theories introduced in the film.

The highlights are some important messages and calls for action by folks like economist Lester Brown, founder of The Earth Policy Institute; Richard Heinberg, renowned Peak Oil expert and senior fellow of the Post Carbon Institute; and social critic and author Howard Kunstler.

The film begins with a sober narration affirming that we are now in a new geological era. This “anthropocene” period is defined by human activity that has tinkered with the earth’s climate and natural systems.

Eminent American biologist Edward O. Wilson then says our civilization is a bizarre mix of “Paleolithic emotions” and god-like technology. His view, that we have focused far too much on developing tools that allow us to expand, is reiterated by many of the speakers later in the film.

According to Michael Shellenberger, President of the Breakthrough Institute, technological innovation drives 80% of our economic growth. And according to The Living Planet Report, our impact on the planet exceeds its ability to regenerate by about 25%.

So, here we are in an extremely mechanized world where we rely heavily on fossil fuel energy. What once would have taken many weeks of solar, animal and/or human power, is now accomplished with a gallon of gas.

Hence we now inhabit a self-reinforcing feedback loop where, thanks to fossil fuel power, we can do more, grow and increase our consumption of energy then forge ahead with more growth.

“And it works up till a point. And the point is when we start to run out of cheap fossil fuels,” Heinberg states.

This obsession with expansion and consumption contributes not only to climate change, but to global fresh water challenges.

Josette Sheeran, Executive Director of the World Food Program (WFP) says water is the “ground zero” of the climate change issue. Which is why the WFP is focused on “practical solutions” she says, helping villages to plant trees, build dykes and canals so as to assure future water security and food sustainability.

Meanwhile, more developed countries should become mindful of their water usage. We should be also be questioning the efficiency of things like the use of ancient aquifers to irrigate corn grown for ethanol production.

“What is our water footprint?” asks J. Carl Ganter, journalist and managing director and founder of Circle of Blue, a non-profit organization reporting on global freshwater challenges and solutions.

The drying up of the rivers and formerly irrigated fields once fed by a shrinking glacier may seem remote to many. However, as Lester Brown reminds us:

“We only have one food economy in the world today. We’re all tied together now.” A fact made clear last summer when food commodity prices shot up.

For those who still deny “global warming”, a meteorologist explains climate change in layperson’s terms: we’re not going to just see heat and drought, but strange things like snow in Jerusalem.

Jim White, Director of The Institute of Arctic and Alpine Research, warns that changes are accelerating and sea levels are higher than ever. The huge amount of arctic sea ice that disappeared in 2007 continues a dangerous trend for the Arctic.

“In the world of climate change, speed is a very dangerous thing,” says White.

The changed climate of the future will not only affect precipitation patterns and sea levels. Already there has been much biodiversity lost.

The Millennium Ecosystem Assessment found that the last 50 years have seen more impact from human activity than any other time in history. Over the past few hundred years, we’ve pushed up the extinction rate to 1000% higher than the fossil record.

If that isn’t alarming enough, conservationist Alexandra Cousteau — granddaughter of legendary explorer Jacques Cousteau — tells us that 97% of the ocean’s big fish are gone.

“We ate them,” she states simply.

Averting our course towards the vortex

At this point in the film, just as a viewer may begin to feel a mounting disposition to a panic attack, the listing of woes turns to talk of what’s to be done to head off the storm.

The experts presented are certainly in agreement on the need to let go of growth-based economies. Does this mean that Green New Deals are on the horizon? Whether or not you’re up to speed on that term, this discussion will prompt some reflection (so watch for a story coming soon to Our World 2.0).

For everyone knows the “technology is there,” as Heinberg points out, to transition us to a cleaner, greener future. The challenge is to get people to realize that:

“The human economy is part of nature, not the other way around. So we’re going to have to learn to follow nature’s rules.”

Whether this comes from the top down or through more of a social groundswell, the consensus presented by The Great Squeeze is that the time for change is now. And the viewer is likely agreeing wholeheartedly, for these facts resonate strongly. If we don’t change, then the future of our modern civilization is in doubt.

“Consumers have no obligations or duties to anything except to their own desire to eat cheese doodles with Pepsi Cola. And that’s not enough to peg a civilization on,” says Kunstler.

Squeezing the issues by Carol Smith is licensed under a Creative Commons Attribution-NonCommercial-ShareAlike 3.0 Unported License.