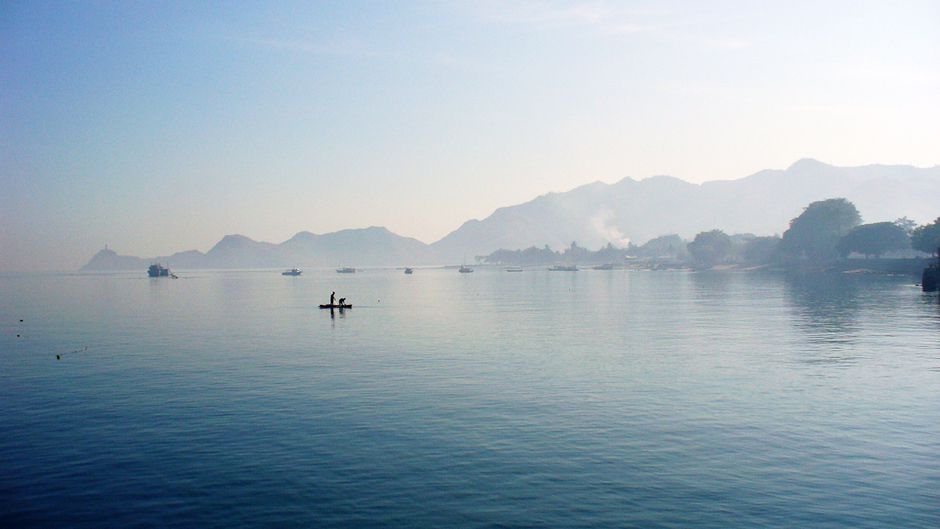 Abilio da Fonseca is a driven man. The Ph.D. candidate and Timor-Leste citizen wants one thing above anything else, and that is to contribute to helping the island nation and its one million plus population to prosper. But prosperity will never come unless the world’s youngest democracy can repel the newest threat to its shores.

Raised in a fishing village where lives depend on the resources of the sea, Abilio is a young man fighting a new peril that is snapping at his nation — climate change.

Born in a small village in the sub-district of Tutuala, in eastern Timor-Leste Island, Abilio’s family of nine brothers and sisters survived by subsistence farming and fishing. A keen interest in marine life and passion for improving the lives of his people saw Abilio study at the Fisheries High School in Aquaculture in Indonesia before completing an undergraduate degree in fisheries and aquaculture at Hasanuddin University, Indonesia.

He returned to Timor-Leste to carry out fisheries research for the Government of Indonesia to increase the aquaculture “farming” opportunities of several sources of protein for his people, including sea cucumbers and gold fish.

But in 1999, while he was working as part of the local staff for the United Nations Mission in Timor-Leste to help prepare his people for the independence referendum, Abilio’s life changed abruptly. The struggle for independence turned bloody in the lead up to voting. Abilio’s wife and son fled to Indonesia and he was forced to hide in the jungle for three months, laying low while order was gradually restored.

In 2002, the year Xanana Gusmao was sworn in as President, Abilio’s talents were acknowledged with a scholarship to study for a Master of Tropical Environmental Management at Charles Darwin University (CDU) in Darwin. 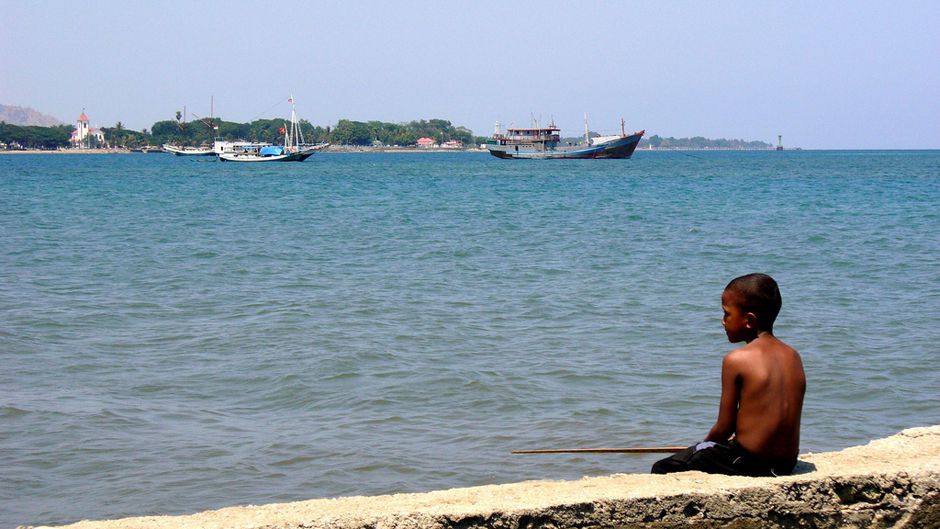 The similarity of the tropical environments of the Top End of Northern Australia and Timor-Leste struck a chord with Abilio, who wanted to learn from lessons already being taught in Australia about the urgency of climate change and how to protect the people and resources of his country.

Finishing his Masters in 2004, he returned to his home country and took up an influential position with the still fledgling Government. He began working with the United Nations Development Program to counsel the Government of Timor-Leste on the Kyoto Protocol, aimed at reducing greenhouse gas emissions worldwide, and to advise the Secretary of State for the Environment on implementing the convention and protocol obligations at a national level.

Again his dedication and contributions were recognised last year when he was awarded a joint scholarship to complete a Doctorate at CDU in which he is investigating how climate change impacts coastal communities of Northern Australia and Timor-Leste. He said that one of his greatest challenges was in educating his people on the potential impacts of climate change.

“Climate change can impact directly on industry in coastal areas including physical infrastructure through erosion or flooding,” Abilio said. “We need to understand how communities can cope with this issue and provide options and suggestions to help.

“Climate change is a big issue for Timor-Leste and we need to establish what climate change will look like and what it is teaching us,” he said. Its affect on natural resources could mean livelihoods and homes are lost. The developing nation is already experiencing unexpected weather conditions and unprecedented flooding, and its capital Dili is dangerously close to sea level.

“If we don’t reduce the problems now it will be a big problem in the future,” Abilio warned. While the next four years of Abilio’s studies will map and measure the physical and natural resources that could be affected, he must also convince the people of Timor-Leste about the dangers of climate change.

It is a task all the more challenging when the fishermen in the researcher’s own village need to change their behaviour to protect the maritime and coastal resources, even if it means no food on the table that night. “I urge them to consider that if we don’t do this now there will be nothing left for our children,” Abilio said.

This article has been provided to Our World 2.0 courtesy of Charles Darwin University.

Staring down Climate Change in East Timor by Penny Baxter is licensed under a Creative Commons Attribution-NonCommercial-ShareAlike 3.0 Unported License.

Penny Baxter is a freelance writer based in Darwin, Australia.