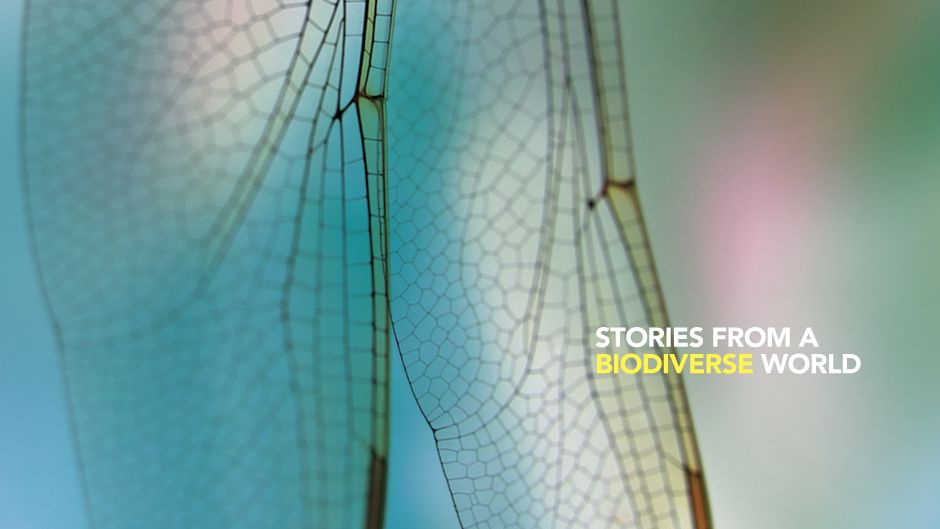 Negotiations amongst the parties to the Convention on Biological Diversity (referred to as COP10) got underway in Nagoya, Japan today and we are delighted to announce that one of the contributions of the United Nations University was organizing the Stories from a Biodiverse World film festival.

The festival took place at the central stage in Nagoya’s Atsuta Jingu Park, on 17 October 2010 and brought together films produced by the United Nations University and its partners exploring the interactions between humans and nature in Japan and across the globe. (The eight films screened at the festival can be viewed in the customized YouTube play-list embedded further below.)

In the run-up to COP10, we were increasingly made aware of threats to biodiversity, both through the destruction of ecosystems that we we depend upon for things like food and fibre, soil formation and water cycling, or through the extinction of plant, animal and fish species. According to the Global Environmental Outlook 4, we are currently witnessing rates of species extinction at 100 times what would normally be expected.

Despite this awareness, much more concrete action is needed. The essential problem is that, in our current development paradigm, we have lost our fundamental ability to value these ecosystem services because we have distanced ourselves from the fact that they are essential to sustaining our contemporary civilization.

This truth becomes most apparent when we listen to the indigenous voices in the world that explain how traditional wisdom and knowledge have guided people on how to live in harmony with their surroundings. The Dayak people from Borneo, for example, designate parts of their forests as forbidden (Tana Olen) for logging or any other form of excessive exploitation.

In Australia, indigenous people speak about their land as “bubu” ― where the spirits of ancestors have “formed into rocks, and the spirits of the trees and animal life… lend shade and sustenance.”  You would not normally destroy a land to which you maintain such strong spiritual connections.

It has become evident that the modern way of life is distancing us from the natural world and, as a result, from the impacts of our daily decisions. We also fall victim to the failings of our economic systems that can drive us to destroy our surroundings. This is true in the story of communities from the Pamir Mountains of Tajikistan who, after the collapse of the Soviet Union, were forced to harvest a small shrub for fuel, though this is damaging the local ecosystems. With the help of local scientists and combined with their traditional knowledge, they may be able to restore the region.

Back to old ways

There are others who recognize that prevailing lifestyles are undermining biodiversity and decide to follow another path. A good example can be found in Japan with at an eco-village near Mount Fuji that cultivates over 250 varieties of rice and vegetables.

This brings us to the notions of satoyama and satoumi that are the focus of the remaining films in the festival. The former is often described as human-managed landscapes where secondary woodlands and grasslands are maintained next to small villages, and is the scene of rich biological diversity.  The latter is less well-known and basically describes a way of living in coastal areas that is respectful of the sea and its resources. This is exemplified by the story of the ama divers of Hegura Island in Northern Japan, who collectively manage their local marine resources in a sustainable manner.

In partnership with the Ministry of Environment, UNU has implemented the International Satoyama Initiative and there is growing recognition of the large number of satoyama-like practices that can be found around the world. One example is in the scenic Wayanad district in the south Indian state of Kerala where the local community live in harmony with nature, sustaining themselves via home gardens that are filled with a huge variety of plants and integrated with native trees.

Many lessons can be drawn from these films about respecting traditional ways of doing things that teach us the value of conservation and moderation when it comes to harvesting our natural resources and protecting biodiversity.

Some leaders in senior policy and research, as well as in business circles, have started listening. The AEON Environmental Foundation,  in celebration of its 20th anniversary in 2010, established the Midori Prize for Biodiversity to support individuals who have achieved outstanding outcomes in various fields related to biodiversity. UNU Rector, Konrad Osterwalder, was a member of the selection committee.

Daily, professor of biological sciences at Stanford University, is recognized internationally for her ground-breaking work valuing the resources and processes that are supplied by natural ecosystems (often referred to as ‘ecosystem services’). See her interview with UNU here.

All three winners will be awarded their prizes at COP10 on October 27.

The eight films screened at the film festival can be viewed in the customized YouTube play-list below. The entire playlist can be viewed from here. Use the button at the side to scroll through the films.

The forbidden forest of the Dayak, Borneo
(2009, 9:05 min)
Deep in the old forests of Borneo, the Setulang Dayak community guards its trees with deep commitment. The village’s traditional law of Tana Olen (forbidden forest), has helped the village withstand increasing pressure from logging industries. Now as rapid development rolls in, the village is trying to secure sustainable and forest-friendly livelihoods.

Walking on country with spirits: Biodiversity loss in Australia’s wet tropics
(2009, 6:40 min)
Marilyn Wallace, a Kuku Nyungal woman lives the “ancestor’s way” on her country, amongst World Heritage rainforest of Far North Australia. She is already noticing changes in seasonal cycles and expresses how climate change is transforming her country and traditional understandings.

Energy for the Pamir Mountains, Tajikistan
(2009, 6.40 min)
Highland people struggle to fuel their lives on the roof of the world.

Harvest time in Satoyama
(2008, 6.33 min)
Agricultural lands, secondary forests, artificial wetlands, and grasslands In Japanese, there is a name for the area that encompasses these ecosystems, along with human settlements: satoyama.

Japan’s ‘ama’ divers: where the sea whistle echoes
(2009, 12 min)
Ama, the legendary women divers of Japan have been practicing sustainable fishing for hundreds of years, but climate change coupled with overfishing, is bringing them face to face with an uncertain future.

Life in a vibrant satoyama forest
(2009, 10.36 min)
Sustainable forest management is one of the practices used in maintaining Satoyama landscapes. This video introduces two entrepreneurs who employ both traditional knowledge and scientific advancement to support the biological diversity of their forests and mountains. Chouichiro Oono keeps his fathers charcoal factory alive by managing a grove of Kunugi trees that are needed to produce traditional sumi charcoal for Japanese tea ceremonies. Toru Hayami, owner of the Hayami Forests, plants several species of trees to grow side-by-side, helping to sustain the overall health of his forest. Their lives and businesses demonstrate that the practices of Satoyama are financially viable.

(2010, 14.10 min)
Wayanad district is part of the Western Ghats region of India, a mountain range located along India’s west coast. The Western Ghats is a biodiversity hotspot characterized by high species richness on the one hand, but high rates of species losses on the other.

This festival is proudly brought to you by the United Nations University, in collaboration with Ministry of the Environment, Japan.

Stories from a Biodiverse World by Kaori Brand and Megumi Nishikura is licensed under a Creative Commons Attribution-NonCommercial-ShareAlike 3.0 Unported License.