Super-adaptable Jellyfish Are the Real Rulers of the Oceans 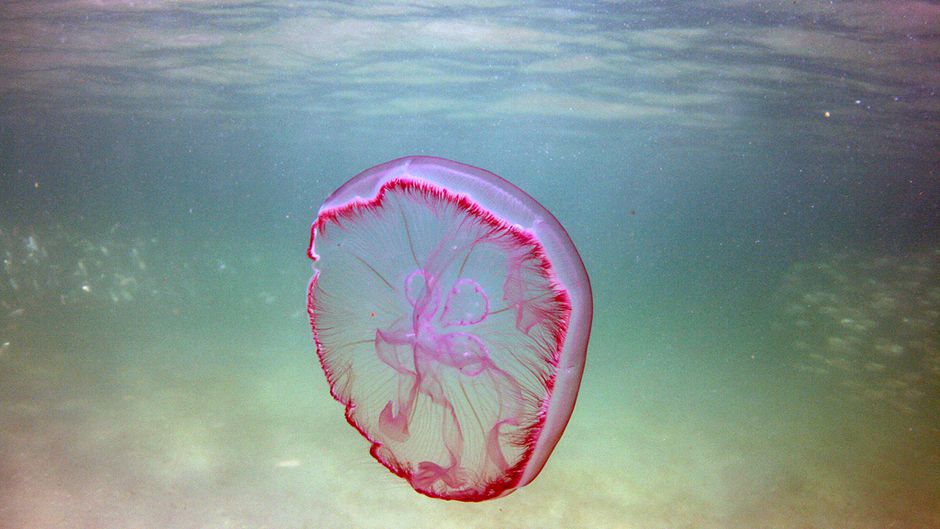 In autumn 2013, a silent invader nudged its way to the Swedish nuclear plant Oskarhamn. It wasn’t an earthquake or a terrorist attack that crippled the reactor, rather it was a jellyfish bloom. The soft-bodied creatures clogged the pipes conducting cool water to the turbines, forcing the facility to shut down and briefly turning the animals into unwitting opponents of nuclear energy. The incident led to a flurry of reports forecasting a jellyfish invasion.

But the marine creatures neither have plans to conquer the world, nor are they just the menace to humans they’re made out to be. Rather, jellies are real yet underestimated wizards of the ocean, equipped with amazingly versatile skills that other more popular animals such as the dolphin can only dream of. 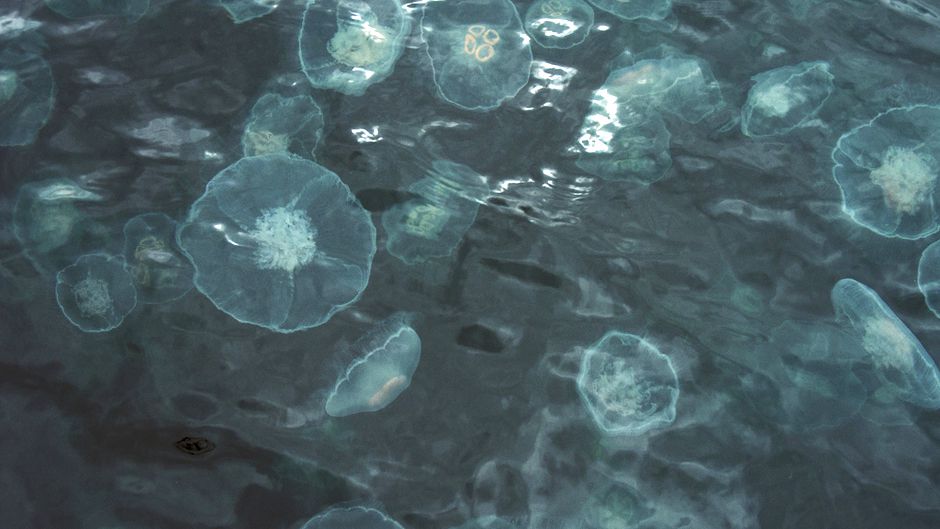 The Medusa or adult form of the moon jellyfish. Photo: Sam Beebe. Creative Commons BY (cropped).

Though jellyfish do not have a brain, they are incredibly smart and adaptable. For more than 500 million years, they’ve been bobbing around almost all the world’s oceans, both close to the water surface as well as in depths of up 700 meters. The jellyfish is the world’s oldest animal. Even the dinosaur is a relative latecomer in evolutionary terms, emerging as it did around 250 million years later.

And, jellyfish boast an incredible diversity with more than 400 different species. The most famous belong to the Scyphozoa group, sometimes referred to as the “true jellyfish.” Those are the rubbery creatures with umbrella-like heads and tentacles up to 15 meters long.

Jellyfish are real champions at changing forms. The invertebrates have an impressive life cycle. They start with an asexual polyp that attaches itself to the sea floor. When temperatures and conditions are right, they build small bud-like discs called the ephyra which are released by the polyps. The ephyra grow in size and become the adult male or female, also known as Medusa, that we are familiar with.

Small larvae develop from the eggs and sperm of the adult jellies and in turn head to the bottom of the sea floor to become polyps. The lifespan of jellyfish varies depending on the type.

“The ephyra of the moon jellyfish, for instance, are formed at the beginning of a year and their Medusa die out by autumn. But there are Medusa that grow significantly older,” Ilka Sötje, a biologist at the University of Hamburg says. 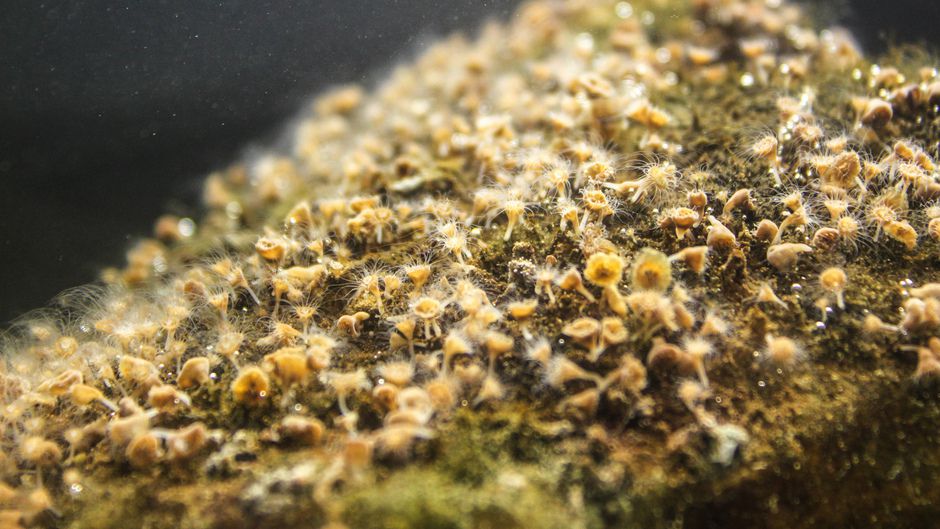 A colony of the minute Polyp stage in the life-cycle of a jellyfish. Photo: Tyler Yeo. Creative Commons BY (cropped).

She has worked together with Gerhard Jarms, one of Germany’s leading jellyfish experts, and knows the flabby creatures well. “When it comes to the Periphylla periphylla, it’s assumed the animals grow up to 25 years old,” Sötje says. “And, when it comes to the Turritopsis or the scarlet jellyfish, it’s been observed that the Medusa can morph back into polyps,” she explains. That, Sötje says, means that the scarlet jelly, is potentially immortal.

Apart from their extraordinary qualities in transforming themselves, jellyfish can also have a deadly impact on other life forms. They mainly eat plankton and fish larvae, but small crustaceans and fish are often caught up in their tentacles too. When they come into contact with other creatures, jellyfish release venomous stinging capsules at lightning speed. The hydra attentuata, for instance, release the venom within three milliseconds, Ilka Sötje says.

But it’s not just fish that are affected. Jellyfish can be a nuisance for humans, often stinging swimmers who brush against their tentacles. With some highly venomous species such as the “box jellyfish” also known as “sea wasp,” an encounter can be downright dangerous for marine life. “The venom of the Chironex fleckeri is a special mixture that can quickly lead to paralysis and death of the fish so that the jellyfish can eat it,” Sötje says.

And, she doesn’t rule out a similar impact on humans. “Fish are vertebrates like us, that means they’re closely related to us. So, the venomous stinging capsules could have the same effect on us,” she adds. 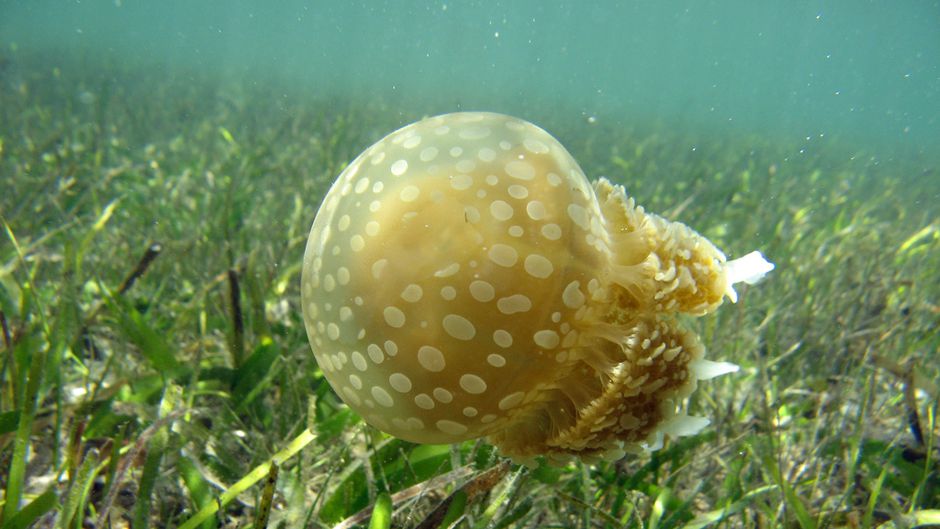 Not all jellyfish are deadly, though. There are also less harmful species like the Mastigias papua also known as “lagoon jelly”. They largely feed on plankton but even plain sunlight is part of their diet. Algae nestle in the protective soft tissue of the jellyfish, getting a steady supply of substances like carbon dioxide. When the translucent organisms swim near the water surface, the algae produce sugar through photosynthesis — and that’s what the jellies feed on.

But, of course absorbing light isn’t the only thing that the versatile creatures can do. They can even produce it. A few jelly species are luminescent. That can be traced to special proteins that are used as light markers in medical research, for instance, to make cancer cells visible under a microscope.

And, other branches of medicine are paying close attention to the gelatinous creature too. Zoologist Levent Piker from the Coastal Research and Management Institute in Kiel in northern Germany is working with a team of scientists to study how cartilage damage can be repaired with the help of collagen found in jellyfish.

“Jellyfish collagen is very similar to collagen found in the human cartilage and is perfectly suited to produce small sponges,” he explains. “So, for example, they are inserted into the knee as a kind of support structure that human cartilage cells can attach themselves to.”

Jellies for lunch, anyone?

Jellies aren’t just popular in medical research; they also serve as a welcome and easy-to-hunt food for around 150 animal species including whales. And, humans are gradually developing an appetite for them too. Around a dozen jellyfish species such as the “fried egg jellyfish,” a medium-sized creature from the Mediterranean, are edible. In some parts of Asia, jellies have been a delicacy for centuries. 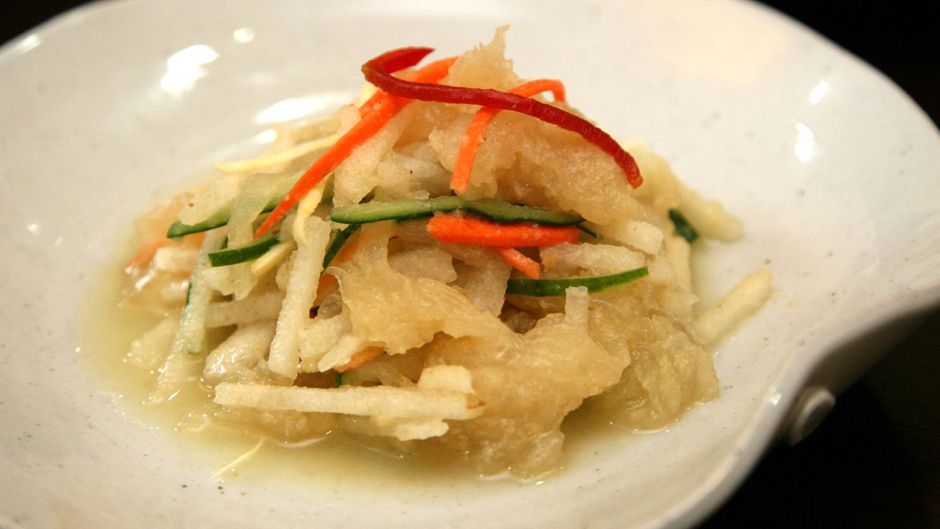 And, they’re increasingly on the radar of chefs in Europe and Asia too. In the UK, television cook Ching-He Huang is trying to encourage viewers to develop a taste for jellies. The Taiwan-born chef says that jellyfish are highly prized for a pleasant “mouth-feel” or “kou-gan” which in Chinese cuisine is just as important as taste, color and aroma. “Jellyfish have an exquisitely crispy and at the same time a chewy consistency,” Ching-Hu Huang says. “People who are more open to new foods will love it.”

It may not be everyone’s idea of a meal, but maybe we should get used to them. At the very least because we humans are constantly improving conditions needed for the jellies to flourish. Overfishing leads to the removal of all kinds of marine inhabitants that, just like jellyfish, feed on plankton. That means fewer predators and more food for the jellies.

Some marine biologists say climate change, the growing acidity of oceans as well as rising marine pollution create the perfect recipe for the growth of jellyfish. That could help explain the growing frequency of jellyfish blooms in certain regions. It’s clear that jellyfish aren’t just fascinating and versatile creatures. They could one day out-live us all and have the run of the oceans. 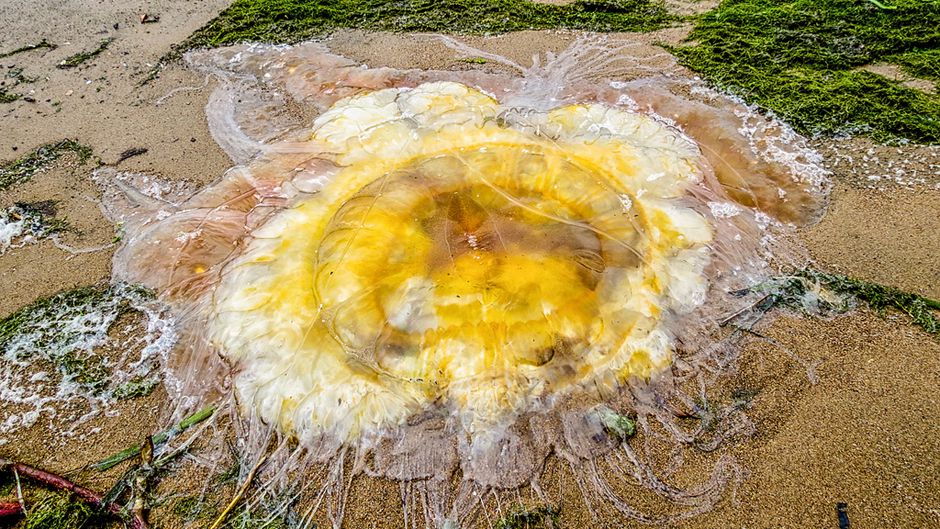 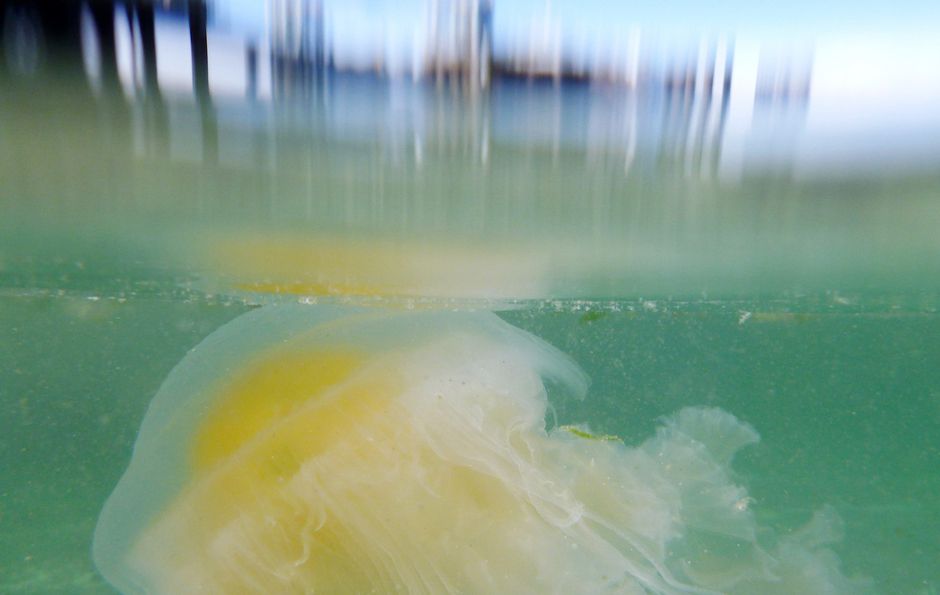 Text of this article is copyright Deutsche Welle Global Ideas. All rights reserved. See each photo for Creative Commons conditions.