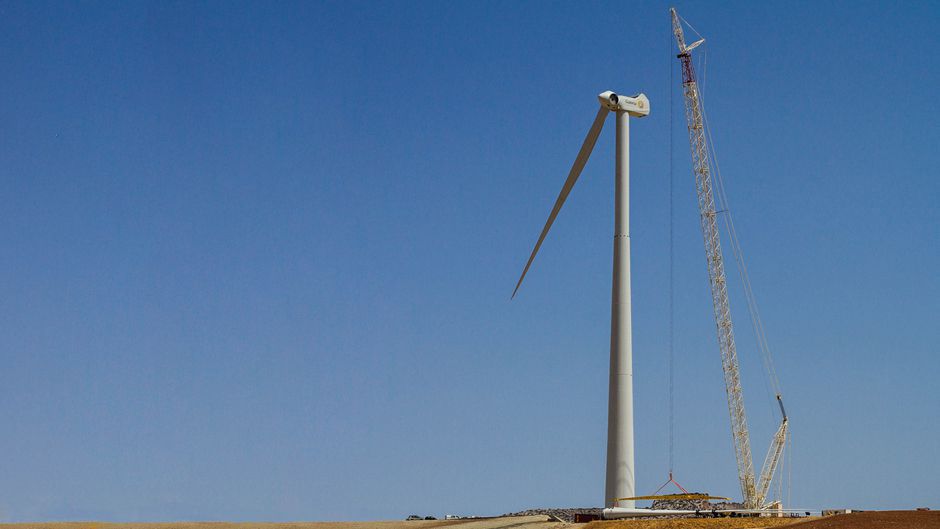 A widespread perception exists that developing countries must make a choice between tackling climate change and fighting poverty. This assumption is incorrect, according to the authors of a new report on green growth.

The New Climate Economy (NCE) report was launched on Tuesday at the United Nations by the Global Commission on the Economy and Climate, which is chaired by former Mexican President Felipe Calderón.

“The report sends a clear message to government and private sector leaders: we can improve the economy and tackle climate change at the same time,” said Calderón.

“Future economic growth does not have to copy the high carbon path that has been observed so far,” he added.

Focusing on the global aggregate rather than individual countries, the NCE report charts the path that the world economy must take over the next 15 years. To improve the lives of the poor and lower carbon emissions to a safe level, a vast transformation must be made. But here is the surprise: it will cost much less than expected.

In a business-as-usual scenario, the world will invest about 89 trillion dollars in urban, agricultural and energy infrastructure over the next 15 years, the report predicts.

On the other hand, a low-carbon path would require 94 trillion dollars over the next 15 years, and its benefits in reducing resource scarcity and improving basic liveability would more than make up for the difference.

“Reforms will entail costs and trade-offs, and will often require governments to deal with difficult problems of political economy, distribution and governance,” said Milan Brahmbhatt of the World Resources Institute.

The window of opportunity will not stay open for long, however.

“If we don’t take action in the coming years it will be every day more expensive and more difficult to shift towards the low carbon economy at the global level,” Calderón said.

The commission’s work focuses on three systems: cities, land use and energy. In each case, the implementation of greener policies can also lead to greater development.

In terms of urban systems, “our main focus has been how to drive to higher productivity in cities through improved transport systems”, Oppenheim said. Economic gains can be achieved “through improved urban form by having cities that are denser and that are essentially better places to live.”

Urban sprawl is the enemy when it comes to environmentally-friendly city design. For example, Barcelona and Atlanta both have about five million people, but Barcelona fits into 162 square kilometres, while Atlanta is spread across 4,280 square kilometres. As a result, Atlanta emits more than 10 times more CO2 per person than Barcelona.

Low-income countries must “get the infrastructure right the first time so they urbanize in a high productivity way,” Oppenheim told IPS.

Moving on to agriculture, Oppenheim said that “we think that it is possible to increase yields by more than one percent a year.”

Reducing deforestation also has wide benefits to the economic system and to agricultural productivity, as well as the obvious climate benefits.

The report recommends that world leaders halt deforestation of natural forests by 2030 and restore at least 500 million hectares of degraded forests and agricultural lands.

As for the third system to be reformed, energy, the biggest economic and environmental opportunity will come from a shift away from the widespread use of coal. Coal is not as economically efficient as once thought, especially since the health problems caused by coal pollution reduce national incomes by an average of four percent per year.

The report’s authors recommend a halt to the creation of new coal plants immediately in the developed world and by 2025 in middle-income countries. Natural gas may serve as a stopgap for a short period of time, but it too must eventually give way to low-carbon energy sources.

Transforming so much energy infrastructure may be more economical than expected.

“We are stunned by the progress that has been made in renewable energy,” Oppenheim said. “The cost of solar has come down by 90 percent in the last half dozen years.”

If the price of solar energy continues its downward tumble, it will soon be cheaper than fossil fuels, leading to a natural shift in investment even without government intervention.

Governments will have to make a number of significant decisions to facilitate the change, however.

Currently, the market for energy is distorted by government subsidies. According to the report, governments around the world subsidise fossil fuels for an estimated 600 billion dollars, but only subsidize clean energy for 100 billion.

Lord Nicholas Stern, co-chair of the Global Commission on the Economy and Climate, says that “those subsidies have to go”.

Governments need to set up “strong, predictable and rising carbon prices,” according to Stern.

With clarity on carbon prices, incentives to pollute would decrease and investors would put their money towards low-carbon options.

Although the NCE report may be the most optimistic document on climate change to come out of the UN in years, the authors do realize that their recommendations may be difficult to follow.

Milan Brahmbhatt, a senior fellow at the World Resources Institute and one of the authors of the NCE report, told IPS that “there is no simple reform formula or agenda that will work for all countries.”

“The report focuses specifically on ‘win-win’ reforms to strengthen growth, poverty reduction and improvements in well-being, which also help tackle climate risk,” Brahmbhatt said. “‘Win-wins’ are not necessarily ‘easy wins’ though. Reforms will entail costs and trade-offs, and will often require governments to deal with difficult problems of political economy, distribution and governance.”

The report’s launch was strategically timed one week before the secretary-general’s climate summit, which will convene an unprecedented number of world leaders to make public pledges on national climate change mitigation efforts. Ban Ki-moon hopes the summit will generate the necessary political will for a binding climate change agreement to be negotiated in Paris next year.

A binding agreement in Paris would give countries the confidence to pursue strong national climate policies, knowing that they are not the only ones doing so, and could give assistance to developing countries that are more vulnerable to climate change but less responsible for it, according to Stern.

While the NCE report only covers the next 15 years, 2030 will not signal the end of efforts to tackle climate change. “Beyond 2030 net global emissions will need to fall further towards near zero or below in the second half of the century,” the report says.

It may not cover everything, but the NCE report reassures worried leaders of the enormous potential for green growth. The Global Commission on the Economy and Climate, an independent initiative created by Colombia, Ethiopia, Indonesia, Norway, South Korea, Sweden and the United Kingdom, plans to directly share its report with world leaders in an upcoming consultation period.

Felipe Calderón believes that the report’s optimistic and practical message will help it make a big splash.

“With this report we now have a set of tools that global leaders can use to foster the growth that we all need while reducing the climate risks that we all face,” he said.

Joel Jaeger is a graduate of St. Olaf College in Northfield, Minnesota. He writes for UN Dispatch and for IPS News as a UN Correspondent. He previously worked as a Research Associate for the Council on Hemispheric Affairs.