Tensions Persist After UN Summit on Refugees and Migration 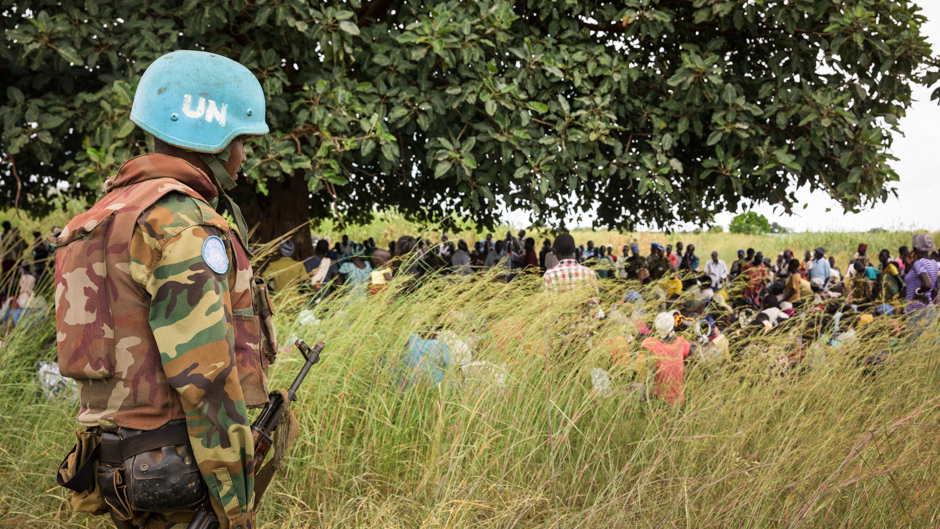 In recent years, the world has seen a rise in the number of people displaced due to violence, conflict, environmental degradation, and economic hardship. These demographic shifts have re-focused interest and debate on the large-scale movement of refugees and migrants. This is the fourth instalment in a series of information briefs that aim to provide an overview of recent developments in the area of international migration.

Despite the recent UN Summit for Refugees and Migrants and the US-hosted Leaders’ Summit on the Global Refugee Crisis, tensions surrounding the movement of refugees and migrants remain high. Since the summits, efforts appear to have been renewed to stem the flow of irregular migrants — efforts that many commentators see as having a negative impact on asylum-seekers and refugees in need of protection.

Visegrad opposition and the Hungarian referendum

The Visegrad countries (Czech Republic, Hungary, Poland, and Slovakia) presented an alternative proposal to the European Union (EU) migration quotas at the Bratislava Summit in September. Their proposal for “flexible solidarity” would allow countries to contribute to the EU’s migration policy by other means — financially, with equipment, or personnel. EU commission president Jean-Claude Juncker and European Parliament President Martin Schulz have both indicated that “flexible solidarity” would be a feasible alternative to the current migration quotas.

Hesitation to host refugees and asylum-seekers manifested itself most clearly in the recent Hungarian referendum, which sought to bar the EU from mandating Hungary to accept migrants and refugees. Although the Hungarian vote was declared void because only 43.9% of the eligible voters cast their vote (at least 50% was required for it to pass), the government quickly claimed a “sweeping victory”.  The full impact of the voided referendum is not immediately clear. Some analysts have suggested that the low turnout will make Prime Minister Orban’s quest to persuade Brussels to drop the quota system more difficult. However, of the 43.9% who voted, an overwhelming 98% rejected future EU mandate plans — signalling that Prime Minister Orban still enjoys significant support.

Several commentators quickly noted that the outcome of the referendum is unlikely to change realities on the ground. Human Rights Watch reported in July 2016 that migrants, often single men, were being forced back to Serbia without consideration of their protection needs. More recently, Amnesty International reported that asylum-seekers in Hungary — including unaccompanied children — are facing systematic abuse at the hands of Hungarian authorities. The report finds that asylum-seekers are often left waiting for months in degrading conditions, with those who manage to get into Hungary often being pushed back to Serbia or unlawfully detained.

On 3 October, the EU signed a controversial deal with the Afghan government to tackle challenges linked to irregular migration. The deal states that Afghanistan would commit to readmitting Afghan citizens that have not been granted asylum, including those who refuse to return voluntarily. Commentators noted that the deal comes at a time when the security situation in Afghanistan is worsening. In addition, the Guardian and the New York Times claim that a previously leaked memo suggests the EU would have considered stripping Afghanistan of aid if it did not comply.

Afghan refugees and migrants living in Pakistan are facing a similar predicament. Human Rights Watch and Irin News reported that since July 2016, Pakistani police and authorities have been coercing Afghans to return to Afghanistan. Human Rights Watch went on to report that in August the number of returnees ballooned to 60,473 — a dramatic increase from 11,416 in July and 2,342 in May. IRIN News also reported that a humanitarian crisis is possible in Afghanistan, as close to 5,000 refugees are returning from Pakistan each day. If this trend continues, current estimates suggest that approximately one million people will be displaced within Afghanistan — a drastic increase from an earlier UN projection of 600,000.

The refugee situation in Africa

The situation has worsened for many refugees in Africa. According to reports, since mid-July over 15,000 South Sudanese refugees have arrived in the Democratic Republic of the Congo (DRC) after a resurgence of violence in South Sudan. The DRC is likely to step up its emergency response for South Sudanese refugees with relevant partners, although the current wave of displacement will strain its limited resources, much like it has in the past. The Assessment Capacities Project reported that from 3 to 22 September, approximately 17,000 refugees arrived in Ethiopia from South Sudan, which amounts to roughly 1,000 individuals each day. Many South Sudanese refugees reported fleeing due to continued insecurity and food shortages.

The number of Burundian refugees also has increased drastically. The UN High Commissioner for Refugees (UNHCR) has warned that reception capacities in the host countries of Tanzania, Uganda, Rwanda, and the DRC are severely overstretched as the number fleeing Burundi grows to 300,000 people. Burundians have left the country since the start of a political crisis sparked by President Nkurunziza’s ultimately successful bid to run for a third term eighteen months ago. UNHCR expects the number of refugees to continue rising in the coming months.

The UN has appointed its first special envoy for Somali refugees, Mohamed Abdi Affey. Mr Affey was appointed in response to perceived security and political improvements in Somalia that would allow him to operate safely, as well as perceived “asylum fatigue” in host countries. The Special Envoy will be tasked with searching for durable solutions for Somali refugees and asylum seekers. Mr Affey’s appointment comes amid allegations that the Kenyan government has been pressuring Somali refugees to return to Somalia.

Although the situation has worsened for many refugees in Africa, UNHCR, the African Union (AU), and delegations from several African countries have agreed on the final steps for the repatriation of the last remaining Rwandan refugees. According to UNHCR, the ministerial meeting marks the last phase of a return strategy for Rwandan refugees who fled their country between 1959 and 1998. UNHCR agreed to provide an enhanced return package that would slowly transition from in-kind to cash-based support.

European leaders also appear to be courting African nations to negotiate potential migrant and refugee deals. German Chancellor Angela Merkel recently flew to Africa to meet with leaders in Mali, Niger, and Ethiopia to discuss German development aid and ways to prevent migrants from making the dangerous journey to Europe. Merkel’s visit follows the European Commission’s June 2016 launch of the Migration Partnership Framework. In the short term, the framework aims to prevent smuggling and trafficking as well as stem irregular migration flows (including increasing returns of those who do not have the right to stay). In the long term, the framework hopes to address the root causes of irregular migration and forced displacement.

At the Leader’s Summit on Refugees in New York, the World Bank launched a new finance instrument for refugees and host countries. The Global Concessional Financing Facility (GCFF) will help refugees in low and middle-income countries acquire financing that will act as a bridge between immediate humanitarian support and long-term financial support. The GCFF is part of the Global Crisis Response Platform, which aims to consolidate a range of resources, knowledge, and financial tools under a single umbrella to provide more systematic support for refugees and the local host communities.

The International Organization for Migration (IOM) and the Government of Belgium recently signed a framework agreement that will see an increase in Belgian funding to assist IOM to manage migration across the globe in a humane and orderly manner as well as promote cooperation. IOM notes that “through this agreement, the Belgian Government recognizes IOM as a multilateral partner in reaching the Sustainable Development Goals by emphasizing IOM’s role as the global lead agency on migration”.

IOM Director General William Lacy Swing recently briefed the Cooperation Council for the Arab States of the Gulf (GCC) for the first time. The briefing focused primarily on the outcome of the UN Summit for Refugees and Migrants, in light of IOM hopes to further cooperate with GCC countries on research in labour mobility and counter-trafficking efforts.

UN special rapporteur on the human rights of migrants Francois Crépeau is scheduled to visit Australia in November, more than a year after he cancelled his last visit due to concerns about immigration legislation in Australia. At the time, Crépeau stated that the 2015 Border Force Act — which still remains in effect — restricted access to information required to fulfil his mandate.

Tensions Continue to Rise After UN Summit on Refugees and Migration by Bavo Stevens is licensed under a Creative Commons Attribution-NonCommercial-ShareAlike 4.0 International License.