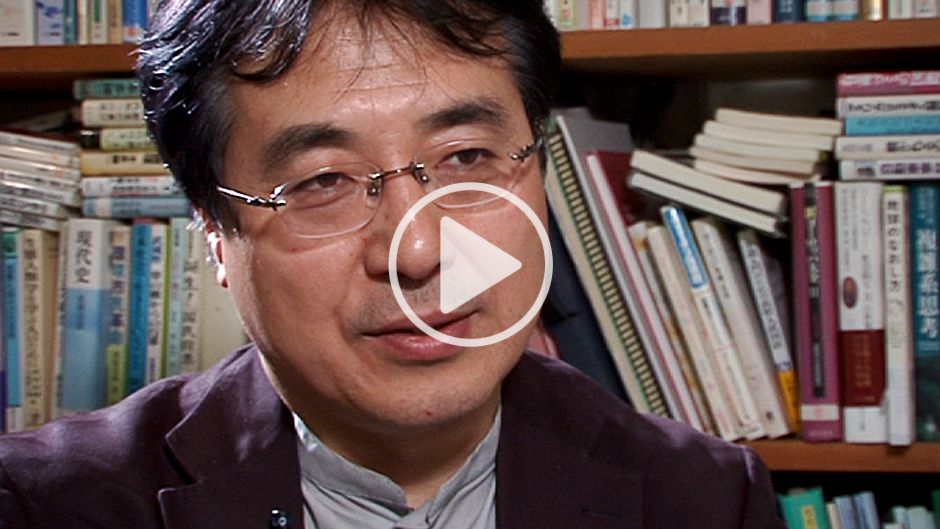 Tetsunari Iida has a radical but straightforward idea — that Japan can go 100% renewable. He has been anti-nuclear and pro-renewable energy for decades. In order to take this idea forward he was instrumental in founding, in 2000, the Institute for Sustainable Energy Policies (ISEP), an independent think-tank that promotes participatory based energy policies at the local, national and international levels.

The interesting point is that Iida began his career working as a researcher/engineer in the nuclear industry. He has since become one of the most ardent critics of both the nuclear industry in Japan and the way that the energy sector works as a whole. This does not always make him a popular figure with bureaucrats and business leaders.

But following the nuclear accident at Fukushima, he is increasingly sought by the media as a source of valuable insights on the current situation and on the next steps that Japan can take to solve its energy crisis.

On Our World 2.0 we have written about Iida’s work in the past with regards to how the power elite operates in Japan and more recently on the potential for Japan to go 100% renewable by 2050. We were lucky enough to catch up with Iida last month for an interview, amidst his hectic schedule, at the ISEP offices in Tokyo.

In the video interview that accompanies this article, Iida provides details on how Japan can move towards a renewable future and he also outlines some of the challenges that will need to be overcome.

It is clear that moving towards renewables is about more than simply adding more wind turbines and solar panels, but rather it is about a significant system re-think. For instance, one important measure would be to make the national power grid independent from the ten major electricity supply companies. That way anyone can set up their own electricity supply company and the current monopolistic structures would give way to a more diverse system.

Other voices added to the renewable chorus

For a long time, Iida’s institute and other members of the Japan Renewable Energy Platform (a group of renewable energy associations covering wind, solar, biomass, geothermal, small hydro, etc.) have been lobbying to try to influence Japan’s energy policy.

They have tended to gain most traction at the local government level, and indeed Tokyo Metropolitan Government has observer status in the platform, and there is close collaboration with the Green Local Government Portal — a group of local authorities that support green energy and climate policies.

However, there has been a lack of support from the national government for anything other than solar power. This could be changing. A new study has just been published, commissioned by the Japanese Ministry of the Environment, on the potential for growth in the renewable energy sector. (A summary of the report is available in English.)

According to the study — undertaken by a group of consulting companies and guided by a committee of academics from various universities — there exists enough potential wind power generation capacity to produce electricity equivalent to 40 nuclear power stations.

These findings support Iida’s own proposition that all 52 existing nuclear power stations could be phased out by 2050 and replaced with renewable energy sources. The Ministry of the Environment’s report also argues that in the Tohoku region, the areas mostly significantly affected by the earthquake and tsunami, it would be possible to generate enough electricity from wind power to replace between 4 and 11 nuclear power stations.

The big difference between Iida’s proposal and that of the Ministry relates to the other renewable energy sources like solar, geothermal, small hydro and biomass. Iida believes they all should be fully developed, while the Ministry is concerned that the estimated amount of electricity generated from these sources would be too small.

Round one goes to renewable energy

In the post-Fukushima energy debate that is just kicking-off, it is clear that round one has been won by the renewable energy advocates, such as Tetsunari Iida.  However, it is clear that a counter reaction can be expected. Initially, after the nuclear accident, the response in some quarters was “now is not the time to discuss the energy future”. The approach by nuclear advocates would be to wait until the nuclear accident is under control, perhaps nine months from now, when the public are less concerned about the levels of radiation. Then the debate can begin in a more “objective” manner.

We can expect that a whole list of reasons for keeping nuclear power will be rolled out, including that:

These arguments are far less convincing now, after the accident, than they may have been before. Nevertheless, if messages are repeated often enough, then people may begin to believe them, again.

But really now is the time for radical thinking along the lines of innovators like Iida. That is why the 20 April announcement by the president of mobile phone provider Softbank, Masayoshi Son, is so inspiring. He promised that he would spend one billion yen (US$12 million) of his own money to establish a foundation to advise the Japanese government on the rapid adoption of solar, wind and geothermal energy.

Tetsunari Iida on the Renewable Future of Japan by Brendan Barrett is licensed under a Creative Commons Attribution-NonCommercial-ShareAlike 3.0 Unported License.

Debate: Did Nature Press the Reset Button on Energy