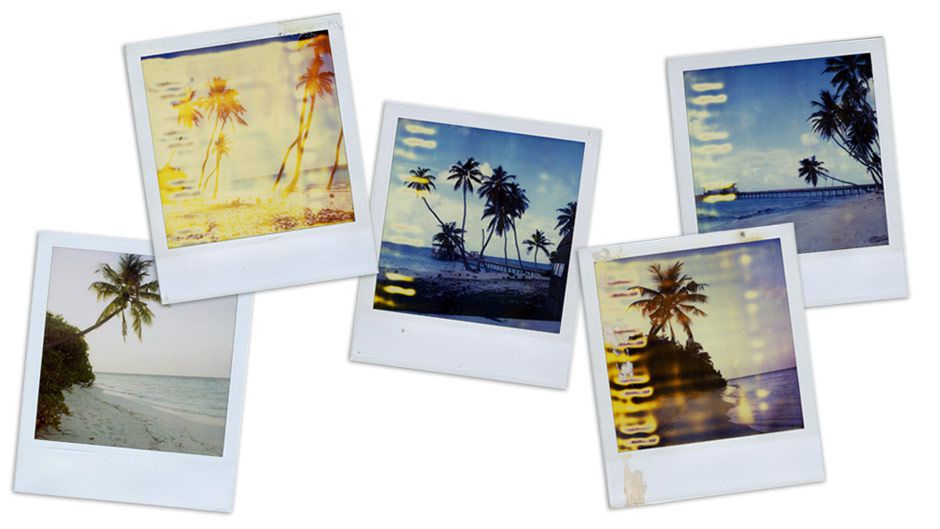 Just like the swimming polar bears have become symbols for disappearing sea ice in the Arctic, the remote atolls of the Pacific and the Indian Ocean have become emblematic for the consequences of sea level rise.

It makes plain sense that on islands where the highest elevation is sometimes less than two meters, the IPCC’s predicted sea level rise of up to 58 cm by 2100 will cause devastation.

Or does it? Things that seem obvious at first glance, usually turn out to be more complicated if you look closer. So too with climate change.

In spite of the attention devoted to tropical islands over the last few years, with stories about “climate refugees” and whole nations being forced to move off their islands because of sea level rise, research on the subject has been scarce.

There is little doubt that climate change is happening. It is highly probable that we will experience sea level rise this century and with it an increase in severe flooding events. However, how and to what extent this will affect the islanders of the world is a different story. Not necessarily a happier one, but it could at least be one about capabilities, adaptation, knowledge and resilience; rather than the one-sided doomsday narratives we have come to know too well.

The Many Strong Voices (MSV) project is a constellation of researchers and organizations aiming to communicate the complexities of climate change, and to gather information that makes islanders capable of making knowledge-based decisions.

Earlier this year, Arthur P. Webb from MSV partner, the Pacific Islands Applied Geoscience Commission (SOPAC), and Paul S. Kench from the University of Auckland contributed to shedding new light on one of the most persistent narratives of them all, that of “the sinking islands”. This has been a popular story among activists, journalists and politicians.

One year ago, leading up to the climate change conference in Copenhagen, Maldives president Mohammed Nasheed arranged a cabinet meeting under the rolling waves of the Indian Ocean. The aim of the publicity stunt was to communicate that sea level rise due to climate change threatens to submerge the Maldives and other islands. Already then, Paul S. Kench told Associated Press that the outlook for the Maldives is “not all doom and gloom”.

“The islands won’t be the same, but they will still be there”, he said, pointing out that his studies of the Maldives showed that the islands can adjust their shape in response to environmental changes.

But there is still much uncertainty to how islands react to rising sea levels. Even though considerable scientific effort has been put towards reconstructing the past and present sea level behaviour, research on atoll island change has been scarce. While there is a good system for gathering data on sea level trends on a global scale, there is no systematic monitoring programme to document reef island change. The researchers note that this “seems a gross oversight given the international concern over small island stability and pressing concerns of island communities to manage island landscapes”.

Webb and Kench decided to study island change on a relatively short time scale. By meticulously examining satellite and aerial photos (shot over the last 19-61 years) of 27 atoll islands in the Central Pacific, where local sea levels have risen 120 millimetres (4.8 inches) over the past 60 years, the researchers found that 86% of the islands they selected (which didn’t include the Maldives) either had grown in size or remained stable. Even severe flooding events, such as the tsunami in 2004, had added to some of the islands’ size.

This was welcome news to those already skeptical about climate change. The Washington Times said that this was yet another piece of news that exposed “Al Gore’s fairy tales”, while the British magazine Spectator urged the Maldivian president to sell his snorkel.

The researchers involved in the study later told Germany’s Der Spiegel magazine that they found this polarization unfortunate, as they take global warming very seriously. They were after all not saying that islands are unaffected by climate change, just that in the case of sea level rise things are more complicated than many people seem to think. It is also important to remember that their article solely dealt with sea level rise, which is only one of many effects of climate change, and selected islands in the Pacific.

So how does climate change affect the islands of the world? To this question there are as many answers as there are islands. There are 52 small island developing states (SIDS) recognized by the UN. These face similar challenges concerning freshwater supply, limited land-based resources, remoteness and vulnerability to disasters, including climate change.

Yet there are great differences between them: some have a few thousand inhabitants, such as Tuvalu, while others, such as Papua New Guinea, have millions (including the storm surge-battered Carterets). An island state like The Maldives are mainly coral islands, while Montserrat is volcanic; Tokelau is low lying while Cape Verde is mountainous; some are stable democracies while others are struggling with internal conflict. Some of the small island developing states, like Belize and Guyana, aren’t even islands, but they are coastal states sharing many of the characteristics and challenges as island states.

Also, you need more than just firm ground under your feet to live on an island. Though some islands are growing, the shorelines may be growing faster than the island’s interior. This could leave both arable land and important fresh water supplies below sea level, rendering them susceptible to contamination by salt water.

It is apparent that many circumstances need to be factored in when assessing an island’s vulnerability to climate change. The consequences of climate change on small island states can be compared to those of an earthquake. An earthquake of the same magnitude and depth may cause different degrees of damage, depending on where it strikes, as we saw in Haiti and Chile. One killed hundreds, the other hundreds of thousands.

Population density, governance structures and whether the infrastructure is built to withstand earthquakes help to decide the severity of the disaster.

As with earthquakes, a lot can be done to minimize the impacts of climate change and rising sea levels. And as with earthquakes, how well prepared a community is for an event determines the severity of the outcome. Consider a situation where a flooding event damages important infrastructure. Is it fair to blame climate change if the damages could have been avoided with proper funding for adaptation?

Adaptation can be physical measures such as constructing flood barriers, moving habitation inland or to higher ground. But it can also be to provide education and training to fishermen and farmers that could help them reduce their vulnerability to climate change. Poor sanitation is another example that leads to shortages in limited fresh water supplies. Knowledge on how to manage fresh water supplies can thus reduce a community’s vulnerability to the effects of climate change.

Which measures are most suitable depend on the specific challenges posed to the different islands. They also depend on what local knowledge already exists on the island in question. Consequently, finding suitable measures requires a combination of local traditional knowledge and scientific knowledge. As in Samoa, where the government spoke to and consulted local villages and people when designing and implementing coastal management plans.

In Tuvalu on the other hand, researchers found that local inhabitants are sceptical of climate change and are not involved in discussions concerning potential adaptation options. The Tuvalu example points to a need to strengthen information efforts in order to increase local knowledge on climate change and to involve Tuvalu’s inhabitants in their own future.

Understanding how climate change affects small island states is a laborious affair, that involves a plethora of voices, needs and solutions. Listening to one message is more convenient than relating to a cacophony of voices telling different stories. Yet, in the case of climate change, and how it affects the lives of people all over the world, we don’t have a choice. All voices must be heard.

The complicated truth about sea level rise by Eilif Ursin Reed is licensed under a Creative Commons Attribution-NoDerivs 3.0 Unported License.