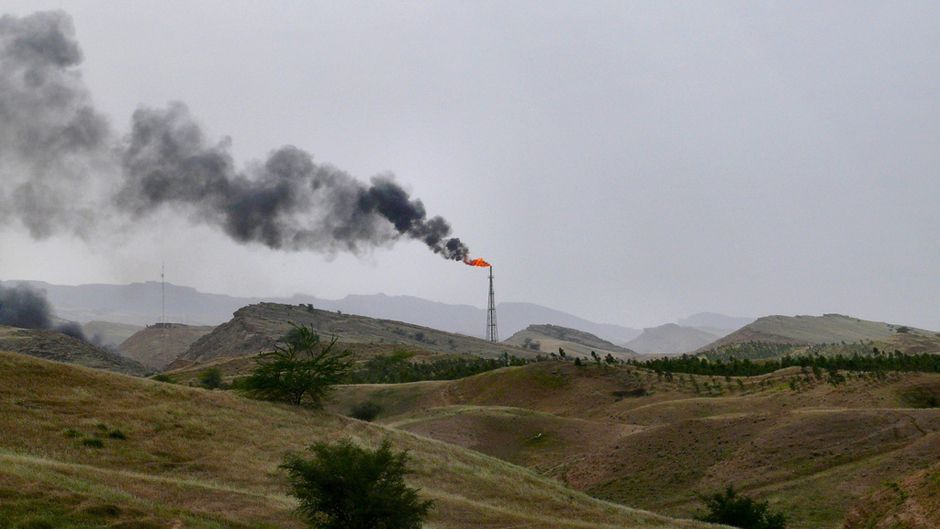 Despite their differences, Iran and Turkey — the two non-Arab Middle Eastern states — share many similarities. Both are among the largest and most populous states in the region. The former occupies a strategic location on the Persian Gulf and Strait of Hormuz while the latter controls the Turkish Straits (the Bosporus, Sea of Marmara, and Dardanelles) that link the Black and Aegean Seas. Historically, the two nations have been home to ancient civilizations and have strong senses of national identity. On the other hand, Iran is prominently Shiite and since the 1979 Islamic Revolution its government system has been based on the “velayat e-faqih” doctrine. Turkey, which is prominently Sunni, is a secular state.

Energy is another major difference between Tehran and Ankara. The Islamic Republic holds massive proven oil and natural gas reserves and is a founding member of the Organization of Petroleum Exporting Countries (OPEC) and of the Gas Exporting Countries Forum (GECF). Iran was the first country in the Middle East where oil was discovered in 1908 and has since established itself as a major oil producer and exporter. The Islamic Republic consumes a large proportion of its gas production and is currently a net importer. However, ambitious plans are being implemented to substantially increase production and export. Meanwhile, Turkey holds limited oil and gas deposits and is heavily dependent on foreign supplies to meet its growing energy needs. Equally important, given the country’s strategic location between major producing regions (i.e., the Persian Gulf, Caspian Sea and Russia) and a key consuming market (i.e., the European Union), Turkey is widely considered a major oil and gas hub.

These differences in energy outlooks between Tehran and Ankara have created a strong foundation for cooperation. Basically, the two nations need each other. Tehran needs to export more gas to Ankara and build pipelines via Turkey to reach the European markets. On the other hand, the fast-growing Turkish economy needs stable and secure oil and gas supplies. These stable and secure supplies are also essential to establish Turkey as a major transit country.

Against this background Prime Minister Erdogan visited Tehran last January and President Rouhani visited Ankara in June. A major goal has been to establish an energy partnership between the two Middle East powerhouses.

With approximately 74 million people, Turkey, along with Egypt and Iran, is one of the most populous countries in the Middle East. Furthermore, unlike many other countries in the Middle East (and elsewhere), the Turkish economy has been growing quickly over the last several years. Real GDP grew by 5.1 percent from 2003 to 2012 and is projected to grow by 4.2 percent from 2013 to 2018.

This combination of population and economic growth underscores and deepens the nation’s need for sustainable and secure energy supplies. The challenge is: the nation’s indigenous energy resources are largely inadequate to meet its growing demand. This demand is rising at an alarming rate. According to the International Energy Agency (IEA), Turkey’s total primary energy supply (TPES) jumped from 24.4 million tons of oil equivalent (Mtoe) in 1973 to 114.1 Mtoe in 2011 at a compound growth rate of 4 percent. From 2015 to 2030 the growth rate will reach 4.5 percent amounting to 237 Mtoe by the end of the projected period.

This combination of Turkey’s population and economic growth underscores and deepens the nation’s need for sustainable and secure energy supplies. The challenge is that indigenous energy resources are largely inadequate to meet the country’s growing demand.

Turkey has negligible proven oil and natural gas reserves and, accordingly, depends heavily on foreign supplies. Most of Turkey’s imports of crude oil and petroleum products come from Iran, Iraq, Saudi Arabia and Russia. Most of the country’s gas needs are met by imports from Russia, Iran, Azerbaijan (mostly by pipelines) and Qatar, Algeria, Nigeria and Norway (mostly as liquefied natural gas/LNG). Imports from Iran started more than a decade ago. In 1996 the two countries signed a contract for 10 billion cubic meters per year. After several delays, a pipeline running from Tabriz to Ankara was completed in 2002. Since then, Ankara-Tehran gas relations have faced three major challenges — security, sanctions and disagreement over prices.

The pipeline is occasionally shut down due to sabotage by the Kurdistan Workers’ Party (PKK). Despite these interruptions, and given Turkey’s soaring demand for gas, Ankara sought to invest in the Iranian natural gas sector. In the late 2000s, the two countries reached an agreement under which Turkey’s national oil company, Turkiye Petrolleri Anonim Ortakligi (TPAO), would invest in the development in the Iranian South Pars field. The goal was to boost gas production and export. This agreement was never implemented due to American and international sanctions imposed on Tehran over the nuclear dispute. Finally, Turkish officials claim that Iranian gas is more expensive than gas from other sources. In 2012 Ankara took Tehran to an international court of arbitration arguing that Iran was overcharging Turkey for its natural gas. The two sides have yet to reach an agreement.

Unlike Turkey, Iran holds some of the largest oil and natural gas deposits in the world. It holds the largest proven gas reserves (about 18.2 percent of the world’s total) and 9.3 percent of proven oil reserves (after Venezuela, Saudi Arabia and Canada respectively). In addition to its strategic location on the Persian Gulf, Iran is at the crossroads of many current and planned energy-transit corridors.

Despite these geological and geographical advantages Iran’s current oil and gas production and its role in regional and global energy markets do not reflect its massive hydrocarbon deposits. After a decade of stagnation, oil production declined in 2013, and the country is a net importer of natural gas. Economic sanctions over Tehran’s nuclear program are a major reason for the slow development of oil and gas deposits. The international negotiations between the 5+1 (United States, Britain, France, Russia, China plus Germany) to reach a peaceful solution could be a first step towards re-integrating Tehran into the regional and global energy markets. The Iranian authorities have not wasted time in trying to capitalize on the diplomatic momentum, laying the ground for the return of major international companies, and lifting the sanctions on oil and gas sectors.

According to Oil Minister Bijan Namdar Zanganeh, crude oil output will reach 5.7 million b/d by 2019. In pursuing this goal, the country will invest $2 billion to increase production at Salman, Hengam, Forouzan and Reshadat oil fields offshore in the Persian Gulf. Another important development is in the downstream sector. Iran used to be a major importer of petroleum products due to a shortage of refineries. In 2006 it imported 30 million liters of gasoline daily. In the last several years several refineries have been built. When the newest one (Persian Gulf Star) comes on line early next year Iran will become self sufficient and will start exporting gasoline.

The international negotiations between the United States, Britain, France, Russia, China and Germany to reach a peaceful solution could be a first step towards re-integrating Tehran into the regional and global energy markets.

Similarly, Iran’s natural gas sector has been hampered by international sanctions and has experienced fundamental changes in recent years. First, the country holds the world’s largest proven oil reserves (18.2 percent). Most of these reserves are located offshore as “dry or non-associated” gas. According to the Energy Information Administration, 85 percent of these reserves “have not yet been developed.” Second, despite these huge reserves, Iran is not a major player in the global gas trade. It exports gas to Turkey, Armenia and Azerbaijan and imports from Turkmenistan. On the whole, the country is a net importer. Furthermore, it does not have terminals to export LNG. Plans to build such terminals have been slowed by a lack of technical expertise and necessary funds due to international sanctions.

Third, over the last decade (2003-2013) gas production has doubled, making Iran the third largest producer in the world after the United States and Russia. Most of this production comes from the South Pars Field, discovered in 1990 by the National Iranian Oil Company (NIOC). Fourth, this rise in production is matched by a significant surge in consumption. In the last few decades Iran has sought to lower its domestic oil consumption and increase the share of natural gas in its energy mix. Gas is widely used in the residential sector and in injecting mature oil fields as part of enhanced oil recovery techniques.

Despite investments by some Asian companies and indigenous efforts to revive the country’s oil and gas sectors, it is clear that Western companies are needed, particularly given their advanced expertise in the areas of enhanced oil recovery techniques, offshore discovery and LNG, among others. The election of President Hasan Rouhani in 2013, the signing of an interim agreement between Iran and the 5+1 powers to address the nuclear dispute, and the on-going negotiations between the two sides have all intensified Iran’s pursuit of foreign investment.

Responding to the Ukrainian crisis, Iranian officials have sought to promote their country as a reliable contributor to Europe’s energy security. Minister of Industry Mohammad Reza Nematzadeh stated, “We don’t want to compete with Russia but we know that Europe’s demand for gas is increasing and would like a share in this. We have the energy reserves and cooperation plans.”

Part of these “cooperation plans” is the Iran-Turkey-Europe (ITE) pipeline. In November 2008 the Iranian Oil Ministry and the Turkish Ministry of Energy and Natural Resources signed an “Agreement Protocol” for transit passage of natural gas from Iran to Europe through Turkey. The target annual amount of gas to be conveyed to Europe is approximately 35 billion cubic meters. Under US pressure, there was no development in implementing this agreement. However, the signing of the JPA between Iran and the 5+1 (November 2013) has eased tension between Tehran and Brussels and brought the ITE scheme to life. In 2013 the Turkish cabinet approved the urgent expropriation of land along the proposed route of the pipeline. Turang Transit, the Turkish firm that will build the section of the pipeline located in Turkey, received an incentive certificate that includes an exemption from the value-added tax (KDV) and custom taxes. The Turkish government will also provide other tax reductions and the employer insurance premium.

The emerging energy cooperation between Iran and Turkey is likely to contribute to Tehran’s strategy to fully utilize its oil and natural gas deposits. It would also provide Ankara with the energy sources it needs to maintain its impressive economic growth. Furthermore, a Tehran-Ankara energy partnership would enhance Europe’s pursuit of energy security by diversifying its oil and gas suppliers. Finally, re-integrating Iran into the regional and global systems would reduce tensions and improve the chances of settling regional and international disputes peacefully. It is one of a few positive developments coming out of the Middle East in the last few years. It is a win-win proposition.

The Emerging Iranian-Turkish Energy Partnership: Strategic Implications by Gawdat Bahgat is licensed under a Creative Commons Attribution-NonCommercial-NoDerivatives 4.0 International License.
Permissions beyond the scope of this license may be available at International Relations and Security Network, ETH Zurich .

Dr. Gawdat Bahgat is professor of National Security Affairs at the National Defense University’s Near East South Asia Center for Strategic Study. He is an Egyptian-born specialist in Middle Eastern policy, particularly Egypt, Iran, and the Gulf region. His areas of expertise include energy security, proliferation of weapons of mass destruction, counter-terrorism, Arab-Israeli conflict, North Africa, and American foreign policy in the Middle East.

What If the Norwegian Oil Economy Is a Bubble?