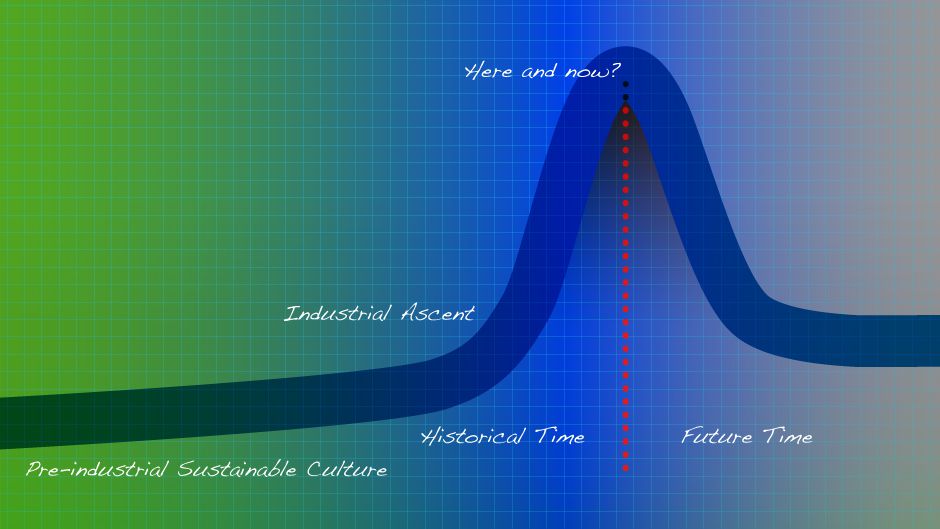 Last March, Tim Jackson put forward the idea of prosperity without growth in a report published by the United Kingdom’s Sustainable Development Commission and followed up with a book of the same name released last November.  The book is a best seller (ranked 1,729 on Amazon) and in it he argues convincingly that we can still prosper without adhering to the encoded mantra of expansion and growth that permeates modern market economies.

More recently, in January 2010, Andrew Simms and Victoria Johnson at the new economics foundation (nef) published a more emphatic message in their report entitled Growth isn’t possible. They argue that we should abandon the notion of growth altogether. The premise is that we need a new economic model “that allows the human population as a whole to thrive without having to rely on ultimately impossible endless increases in consumption”.

In influential forums — like the G8 or G20, for instance — while it is acceptable and even desirable to use the word ‘sustainability’ in communiqués, it is most certainly taboo to equate ‘no economic growth’ to a social good. However, such heresy nonetheless finds traction (if only in book sales), even when our world is suffering from the ills of economic recession.

When addressing our environmental ills, the closest we ever seem to get is ‘decoupling’. This idea has been around for decades and essentially suggests that we can break the links between economic growth and nasty side effects like pollution (e.g., carbon dioxide). Decoupling is done by producing things more efficiently — using less (and preferably renewable) energy, or using technology to capture the pollution.  However, Jackson says that this relative decoupling is only possible to a certain level. He believes absolute decoupling is a myth — simply the acceptable face of sustainability that leaves our complex social and economic systems unchanged.

Generally, we humans don’t really like complexity or understanding how things work too much. For many of us, it is a bit of a shock to be confronted by some of the realities. You can find a good illustration of this in The Story of Stuff, which does a nice (albeit heavily politicised) job of illustrating the linkages within the modern economy: from where we get our resources, to their production, consumption and disposal.

You either love or truly hate this story. Some of the more inquisitive may want to look more deeply into “stuff”, but I suspect many will convulsively reject it as heresy. After all, growth is good and without wealth there is no progress and what you don’t know, doesn’t hurt you.

At the same time, there are several important and accepted norms that dictate how the economy works and the role that consumption plays. For example, companies’ first obligations are to shareholders, governments plan their spending based on the assumption of growth, and investors expect interest on their monies lent. Our role as consumers is to fuel that growth (preferably borrowing money in the process).

It is therefore entirely understandable that governments, businesses and consumers have little choice but to be obedient followers of the Growth God: otherwise uncertainty would prevail, revenues would fall and social stability would be threatened.

At a personal level, all this talk of growth focuses on the consumer cycle. Most of us like new things and the feeling of satisfaction (sometimes fleeting) that these things provide. And a large part of our modern society is optimized to meet these consumption habits with ever more innovative products delivered with ever increasing efficiency, even to the point of not having to leave the comfort of your home.

Ironically, it is this increasing efficiency — coupled with advancing technology and connected trade systems — that often breaks the link between the consumer and the consequences of their manufactured goods and results in social vulnerability when growth slows. Individually, we are often unwittingly runners on this treadmill.

Fortunately, it is the buzz of this consumer exercise that helps us deal with the stress it creates. Governments are hopelessly addicted and try frantically to get us back on the treadmill like the overbearing trainer whose job is on the line if you don’t perform. Far from this latest financial and economic crisis being a time of reflection, the main priority is to get growing again.

Yet, as American author Edward Abbey once wrote, “growth for the sake of growth is the ideology of the cancer cell”. Reforming an economic system that mandates growth on a finite planet requires drastic changes in how we do business. Therefore, in order to avoid the pain of environmental chemotherapy, many are developing alternative therapies.

The notion that our progress (and happiness) equates to our consumption became very strongly embedded in economic policy not least because we can measure consumption, and although we know it’s imperfect at some level, it works. There is however, a whole array of proposals aimed at redressing this.

For example, the Redefining Progress approach is based on broadening our conception of affluence beyond Gross Domestic Product (GDP) to the Genuine Progress Indicator. The ‘capability approach’, articulated by India’s Nobel Prize winning economist Amartya Sen and others, has provided the basis for the Human Development Index and mainstream acceptance of wider measures of welfare.

Some are advocating economic changes that address the key problems affecting the world’s resources and climate systems. Jackson believes that, as many have long warned, we must recognise that exponential growth interacts with resources so that we may begin to adjust our economic activity in the face of scarcity and constraint. (This notion seems to be experiencing a revival, see our recent Survivalism back in vogue).

[quote quote=”Prosperity consists in our ability to flourish as human beings – within the ecological limits of a finite planet. The challenge for our society is to create the conditions under which this is possible.” author=”Tim Jackson” ]

“Prosperity consists in our ability to flourish as human beings — within the ecological limits of a finite planet,” states Jackson in the report. “The challenge for our society is to create the conditions under which this is possible. It is the most urgent task of our times.”

So, beyond concepts of green growth or sustainable growth there is also that of ‘no growth’. The latter is distinguished by the fact that it does not equate ‘development’ with economic expansion. The so-called steady state economy would look very different than our current system. We may share jobs, which would mean less income but, if we must still believe that time is money, increasing our time capital would afford us the luxury of doing the things that money can’t, or would no longer be needed to, buy.

The Center for the Advancement of the Steady State Economy has summarised a number of policies from leading thinkers in this area.

How does such a thing happen? Will everyone come on board? The reality is that changing any system is always hard because we are not rewarded for doing things differently or because we receive perverse incentives not to change (i.e., fossil fuels still heavily subsidized).

Some of the ideas laid out in the above-mentioned publications may initially sound awfully undesirable. But are they really? Or is it just because they don’t fit with how we currently define prosperity?

“As long as you are using that word ‘consumer’, you will be degrading the quality of the public discussion as we go into the very difficult future that we face.” — James Howard Kunstler

The tricky part is getting individuals to think about changing. The provocative author and new urbanist James Howard Kunstler puts it simply: people need to stop thinking of themselves as consumers. He argues that consumers do not have obligations, responsibilities or duties to their fellow human beings.

“As long as you are using that word ‘consumer’, you will be degrading the quality of the public discussion as we go into the very difficult future that we face.”

So while today we cannot deny that we are part of a mass consumer culture, it is a culture that to which we should begin waving goodbye. Perhaps luckily, mass consumerism is still a relatively new phenomenon; it is essentially a leftover of post-war excess productive capacity allied to ingenious marketing that plays a crucial role in stimulating various desires and dissatisfactions and keeps the consumer ball rolling. The culture-jamming magazine Adbusters considers advertising to be akin to intellectual pollution and aims to reform current perceptions of advertising in modern society, often using subversive counter advertisements.

Maybe what we really need is more space and time to reflect on these issues. Interestingly, Clay Shirky coined the term cognitive surplus to describe the little free time that our structured working lives allow. He explains how this time is currently filled largely by watching television (and shopping). Some of his figures are astounding: 200 billion hours of TV are watched in the US each year and 100 million hours/weekend are spent just watching adverts.

This vast cognigitve surplus could be better employed, he argues, by using our time creatively rather than consumptively. The creative awakening enabled by the internet is transforming some of us from consumers to producers and sharers of music, video, knowledge and so on.

It is early days, and we still don’t fully comprehend the way the internet is altering our social and economic norms and it will certainly be employed on both sides of the consumption debate.

But, if we can change the way we use media, then why not also the way we consume material things?

Our World Without Economic Growth by Christopher Doll is licensed under a Creative Commons Attribution-NonCommercial-ShareAlike 3.0 Unported License.