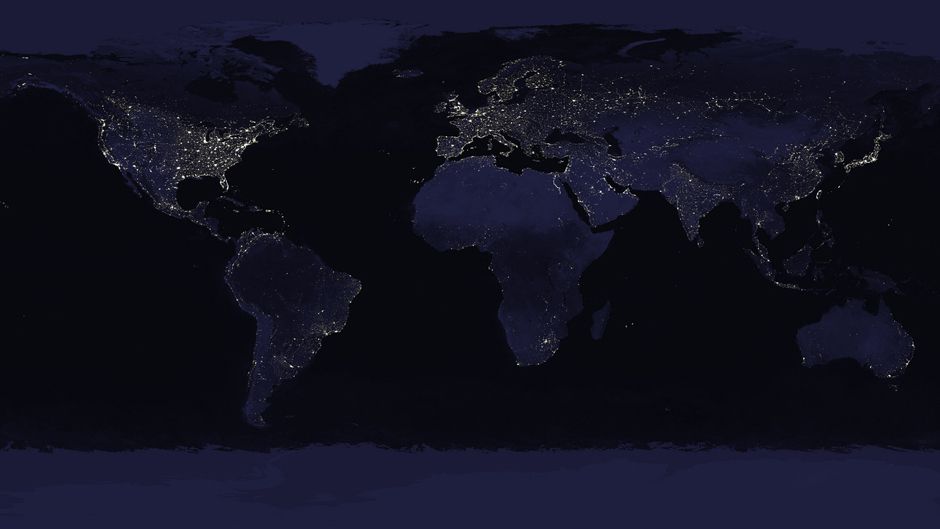 In the next 20 years, almost three billion people will join the middle class, propelling global demand for more and better housing, televisions, cars, food, water, energy, and myriad other goods and services. But, with increasing strain on the planet’s resources, meeting this demand could carry massive environmental costs from pollution and global warming. How, then, can the world sustain economic development and reduce poverty without fueling a catastrophe?

Answering this question is at the heart of the so-called “Third Industrial Revolution,” which seeks to integrate renewable energy sources with Internet connectivity, develop digital manufacturing technology, and support green industry. In other words, the goal is to achieve sustainable production and consumption.

According to Jeremy Rifkin, the strategy’s main architect, industrial revolutions are driven by the convergence of changes in the type and availability of energy and in how people connect and share information. The first Industrial Revolution was driven by coal and steam power, combined with the printing press; the second was fueled by centralized electricity and the oil-powered internal combustion engine, together with the telephone, radio, and television.

In Rifkin’s view, the Third Industrial Revolution is an opportunity to create an “energy Internet” — a smart, responsive, decentralized network of energy and information that would create millions of jobs worldwide and help to eliminate energy poverty. Such a network would be based on multi-directional flows of renewable energy, supported by the digital revolution and the rise of big data.

But, according to a recent World Energy Council report, unless governments and the private sector increase their efforts considerably, ending energy poverty could take another 60-70 years. Moreover, global CO2 emissions reached a record high in 2012. And the International Energy Agency reports that global temperatures are on track to rise to 3.6-5.3° Celsius (6.5-9.5° Fahrenheit) above pre-industrial levels — far more than the two degrees that climate scientists have identified as the threshold beyond which the most disastrous consequences of climate change would be triggered.

Clearly, the Third Industrial Revolution needs help. In order to accelerate the pace of energy-related innovation, creative coalitions among governments, private firms, and civil society groups should be established in three main areas.

The first coalition, comprising a group of committed governments, would seek to drive down the cost of renewable energy at least to that of fossil fuel energy within a decade. To be sure, innovations in the United States, Germany, Japan, and China have already facilitated a 70–80 percent reduction in the cost of solar photovoltaic power generation in the last five years. But much more can be done to ensure that costs continue to fall, and that solar power is accessible in all countries.

For example, David King, the United Kingdom’s climate envoy, and the economist Richard Layard have called for increased investment in solar energy technology. They point out that G-20 countries could “match the spending on the Apollo project,” which enabled manned moon missions four decades ago, by contributing only 0.05 percent of their annual GDP for ten years.

The second coalition should be a group of countries — in particular, the 23 members of the Clean Energy Ministerial (CEM), which account for about 80 percent of global energy demand, 80 percent of greenhouse gas emissions, and 90 percent of clean energy investments — that agree to double their economies’ rate of energy efficiency. Acting together, these countries could make a massive difference with relatively modest policies.

Switching to energy-saving light bulbs, for example, can reduce a household’s total electricity consumption by up to 15 percent, and could save Europe 40 billion kilowatt-hours per year — a figure that is roughly equivalent to Romania’s current annual consumption. Together with increased cooperation on technological innovation and an agreed set of policy principles that can be translated into concurrent national measures, this would boost growth in markets for energy efficient and renewable technologies, driving costs down further.

The CEM meeting in Seoul in May provides an ideal opportunity to establish a firm agenda, including clear targets for LED street lighting, commercial energy usage, energy-efficient buildings and transport systems, and adoption of energy-efficient vehicles and biofuels. To bolster trust, membership in the coalition would be contingent on progress, assessed according to annual disclosure requirements, with rewards for the strongest performers.

The third coalition should comprise developing countries taking advantage of gains in energy security, equity, and sustainability to leapfrog into new energy pathways, much as they took advantage of mobile telephony. To this end, China invested $67 billion in renewable energy in 2012 alone, and Saudi Arabia seeks to ensure that renewables comprise 30 percent of its total energy consumption by 2032.

Likewise, in Brazil, renewables account for about 60 percent of energy consumption, and more than 99 percent of the population now has access to electricity, owing to the country’s “light for all” program. Ghana, South Africa, and Vietnam have also made tremendous strides in these areas. These countries should serve as models for others, especially in Africa and South Asia, where the largest number of energy-poor people lives.

This coalition should be led by the major emerging economies (Brazil, South Africa, India, and China), which accounted for 40-50 percent percent of the $244 billion invested in renewables in 2012. These countries have domesticated the relevant technologies and adapted them to a developing-country context (balancing energy access for the poor with power for industrial growth and wealth creation). Now they must work together to unbundle the energy sector, reform their power utilities’ governance to boost transparency and profitability, establish robust regulatory institutions, and implement longer-term policies to crowd in relevant investment.

Such South-South cooperation — supported by German, Norwegian, and Danish technological prowess — can help other developing countries to join the energy Internet. And all of these coalitions should inspire the broader international community to adopt similar measures to advance the Third Industrial Revolution.

This article originally appeared on Project Syndicate and is reproduced here with permission.

Chief Executive Officer of the Sustainable Energy for All InitiativeUnited Nations