The Ethical City: an Idea Whose Time Has Come 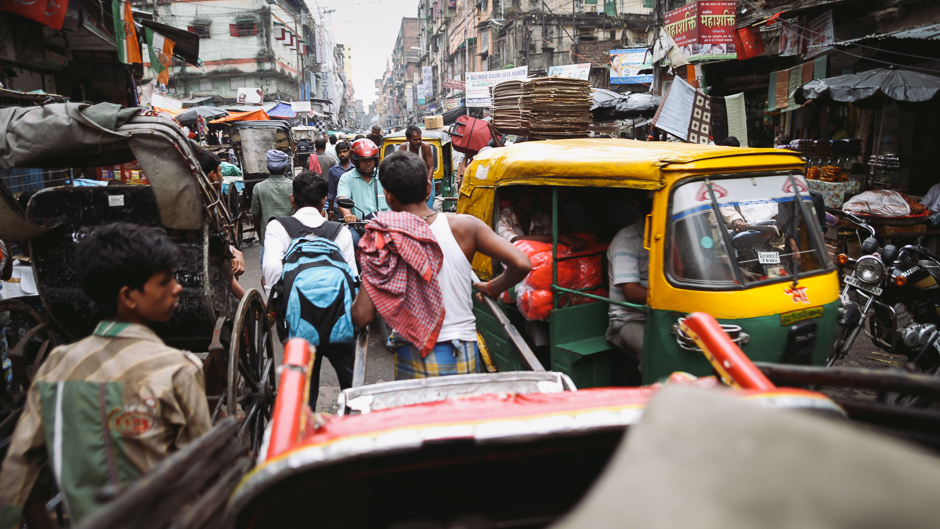 Globally, there is intense discussion about the future of urban life through the World Urban Campaign. The central proposition is that: “… the battle for a more sustainable future will be won or lost in cities.”

Presumably, this is predicated on the fact that 54% of the world’s people live in cities, where 70% of global GDP is generated. By 2050 the urban population will have risen to 66%.

In parallel, following the Paris climate agreement, major cities are committing to measures designed to significantly reduce greenhouse gas emissions. The poster for this campaign should read “Coming to your city soon”.

It is clear 2016 will be the “urban year” as the global community prepares for the Habitat III summit in Quito, Ecuador, this October.

At Habitat III, governments will agree an urban agenda to guide global urban development over the next 20 years. The agenda is taking shape through preparatory meetings (the next one is in Indonesia in July), as well as regional and thematic meetings.

A series of 28 urban thinkers campuses has been organised across the globe, running until February 2016. One of the last of these is in Melbourne, Australia.

A world of challenges

We are all too familiar with the problems cities commonly face. These include rising house prices putting ownership beyond the reach of many, suburban sprawl, long commutes, traffic congestion, social problems, isolation and polarisation.

At the same time, Australian cities have real strengths. This is reflected in their performance in various rankings on liveability and quality of urban life. But we ought not assume that this situation is sustainable, or that we can lock in liveability. 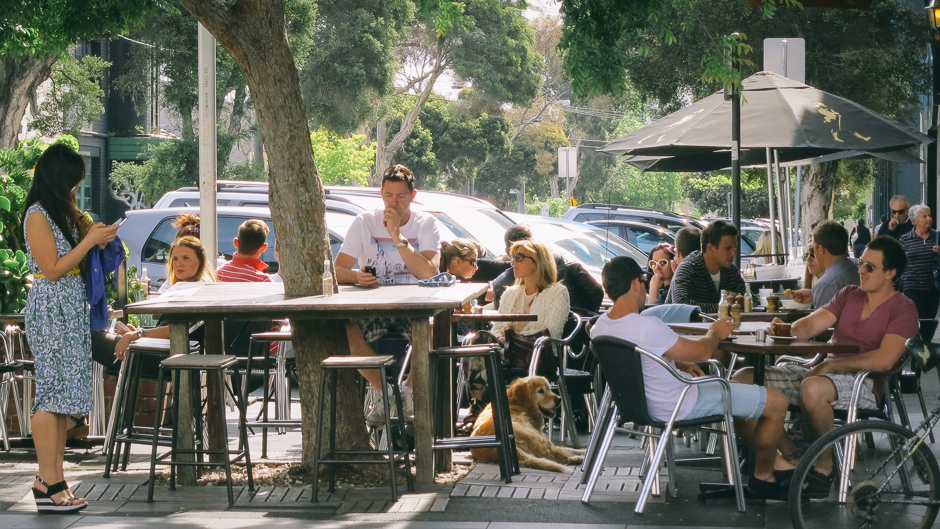 Globally, cities face even greater challenges. In the global South, if you live in a city there is a one-in-three chance that you live in a slum.

Also, despite progress on the Millennium Development Goals, poverty is still our greatest urban concern. It is not limited to the South and has been growing across cities globally since the global financial crisis. Limited financial resources constrain the capacity of city administrations to respond to these challenges, especially in the face of austerity measures.

While that may seem like a pretty glum picture, there are reasons to be hopeful.

In a survey of 20 cities last year for the UN Global Compact Cities Program we identified many examples of civic leadership and urban innovations.

Related to this, in the US, Bruce Katz and Jennifer Bradley at Brookings have described these innovations as a “metropolitan revolution”. They argue that local leaders are doing the hard work of growing the job market and making their communities more prosperous. They cite examples in New York, Portland, Houston and Miami.

In Europe, the Norwegian city of Oslo plans to be fossil-fuel-free by 2030. Utrecht is the first of several cities in the Netherlands planning trials in which they pay citizens a universal basic income.

Across the English Channel, Bristol is seeking to transform the economy by introducing a local currency. The Bristol pound is designed to strengthen business relationships within the city and to build trust.

What these cities and their leaders have recognised is that “business as usual” will not get us to where we need to be. 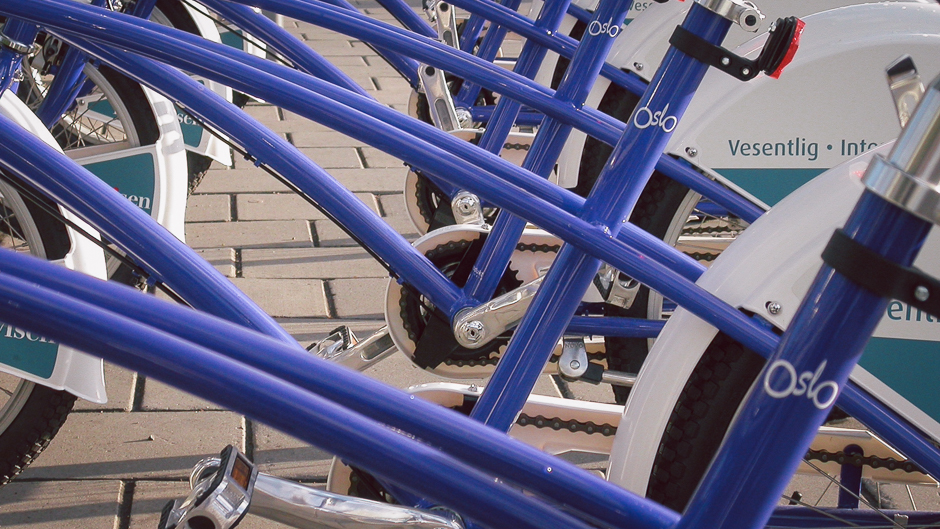 Technological innovation, institutional reform, financial investment and regulatory change are all part of the answer, especially as we seek to achieve development goals while ensuring we do not undermine our environmental sustainability. However, we may need to dig deeper. Something that we neglect is the need for changes in values at both the societal and individual levels.

Twisting Einstein’s famous quote somewhat, it is possible to assert that “we can’t solve problems by using the same value system that created them”.

Here is where the notion of the ethical city comes in.

What is the ethical city?

Ethics is concerned with what is “right, fair, just or good”, not necessarily what is most accepted as normal or expedient.

Most people will have heard of the term ethical corporation. It suggests that such businesses place certain key values and practices at the centre of their operations. This could include fairness, integrity, respect for the environment, elimination of discrimination, and so on.

Internationally, some of these key values are elaborated in the ten principles of the UN Global Compact. Thousands of companies have signed up. Mayors of cities and governors of regions can also sign up to these principles by sending a letter to the UN Secretary-General.

Yet the term ethical city is rarely used, even though ethical considerations underpin how we plan and manage our cities. And the ethical values underpinning the vast majority of our decisions about city life are rarely made explicit.

Even so, in most cities we already see various measures designed to support ethical governance. These range from internal commissions to audit and check on performance through to measures to promote transparency and community participation in decision-making.

Urban leaders, administrators, planners, engineers and others are aware of the ethical ramifications of their work, have guidance to refer to and training when needed. Although sometimes people fall foul, the vast majority do not because they are seen to be doing the right thing.

But we must recognise that there is a dominant view of “business as usual” based on an embedded set of values. Good examples include how most cities are designed primarily to accommodate the car, how we work in the CBD and live in the suburbs, or how homelessness is seen as a fact of life in many cities.

How do we create a more ethical city?

Thought leaders like Peter Singer have done a lot to elaborate the importance of ethics in everyday life, especially with his book Practical Ethics. However, we live in utilitarian times.

More than ever, our cities need ethical leadership — good governance, transparency, public trust building and fairness. They need ethically based planning to deal with the complex challenges facing our communities. This depends on our willingness to tackle the tough questions around sustainability, resilience, economic vibrancy and inclusiveness.

There is also our role as citizens. What are our expectations of ourselves as ethical, engaged citizens? What do we expect and deserve, and what are we prepared to commit to each other in the ethical city? What kind of citizens do we need to be?

Most of all, if we end up agreeing that we need a city that cares, how do we navigate to this end in a world where private profit and consumption are kings and where the tenets of the ethical city — social inclusion, climate action, gender equity, rights of children and youth, and myriad other rights and needs — are lacking?

If this sounds like a new year dose of utopianism, think of cases that you could envisage in your city — from participatory budgeting, to crowd-funded social enterprises, to any number of people who decided “what should we do?”, then acted on it.

The Ethical Cities Urban Thinkers Campus, to be hosted at RMIT University in Melbourne on 16 February 2016, will explore the ethical city in relation to urban development, inclusion and rights, and resilience.

This article was originally published on The Conversation.

The Ethical City: An Idea Whose Time Has Come by Brendan FD Barrett is licensed under a Creative Commons Attribution-NoDerivatives 4.0 International License. Permissions beyond the scope of this license may be available at The Conversation.

Ethical Cities Are the Future

The UN in the Urban Anthropocene