The Forest Paradox during Heatwaves 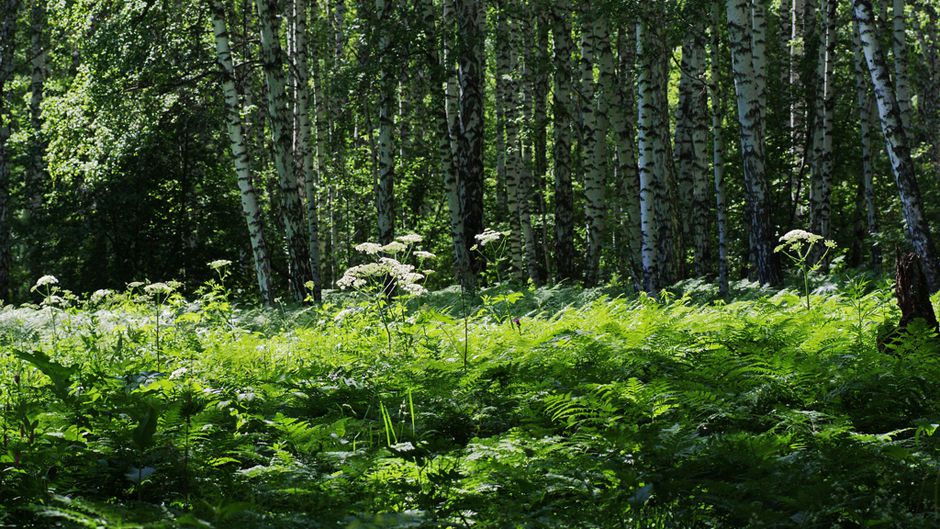 Comparatively speaking, forests initially have a weaker cooling effect during heatwaves than open grassland. This is revealed in a study that could help refine models for weather and climate forecasts. Moreover, it also provides fresh arguments for the debate on reforestation in the context of climate change.

An omega high circulation anomaly, such as the one that caused this year’s heatwave in Russia and the associated catastrophic forest fires, is typical of heat extremes in Europe. This type of circulation anomaly was also responsible for the hot 2003 and 2006 summers on the European continent.

Resulting heatwaves can be alleviated through evaporation from moist crop- and grassland or forests. So far, it was assumed that forests would lead to a greater cooling as they can access more water thanks to their deeper root systems. A new study, however, has now revealed that at the beginning of a heatwave the opposite situation is in fact the case.

Adriaan Teuling from ETH Zurich’s Institute of Atmospheric and Climate Science and Wageningen University in the Netherlands teamed up with other researchers to investigate and quantify when and to what extent the soils of forest ecosystems and grasslands play a role in temperature regulation.

The study published in Nature Geoscience reveals that at the beginning of a heatwave, grass- and cropland is more effective than forest in cooling the air temperature through evaporation of soil moisture, provided that the soil moisture levels are sufficiently high.

For their study, the scientists analysed data from stations within the so-called FLUXNET network, which have been measuring turbulent heat and water fluxes in central-western Europe for several years over the last decade.

During heatwaves, it takes weeks for forests to have a cooling effect. At the beginning of a heatwave, grass- and cropland is more effective than forest in cooling the air temperature.

“Our aim was to find out the extent to which the available solar energy is converted into heating of the atmosphere or respectively moisture evaporation during heatwaves,” says ETH Zurich professor Sonia Seneviratne, who co-designed the study.

The measurements enabled the scientists to compare the behaviour of grass- and cropland with that of nearby forest areas that experienced similar heatwave conditions. They examined how the forest and grassland energy exchange developed between 9 a.m. and 1 p.m. during hot days from the 2003 and 2006 summers compared with the average over all summer days excluding the hot extremes. The energy balance revealed that on hot days up to twice as much water evaporates from the grasslands than from the forests. The so-called sensible heat flux, which warms the air directly, is thus considerably higher above the forests than over grass- or cropland.

Hence the forest initially warms the atmosphere further, whilst the grasslands use more energy to evaporate water from the soil. When the scientists eventually analysed the data from the hot 2003 and 2006 summers, they found that the forests heated the atmosphere up to four times more intensively during these heatwaves than the open fields and cropland. 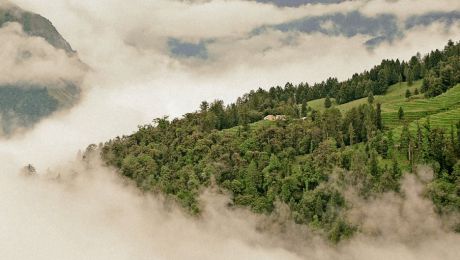 “That came as a complete surprise at first as another study showed that forests had had a cooling effect in the summer of 2003,” says Teuling. “It took some time to understand that the studies weren’t conflicting.”

After all, that particular study was based on an analysis for August 2003 in central France when the heatwave was in its final phase. The crop- and grassland that initially had led to a significant cooling had dried out to such an extent by then that the forest was more effective in cooling at that stage.

Indeed, because they evaporate less water in the initial phase of the heatwave, forests can sustain a constant level of evapotranspiration over a longer period of time. Moreover, they also have deeper roots, which extend this effect further.

The forest clearly plays a significant role during hot spells since it actually has a stabilising effect in the long run, even though it exacerbates the heating of the atmosphere in the short term compared to grassland.

The scientists attribute the difference in behaviour between forests and grasslands to the fact that in spite of its deeper root systems the forest manages the water supply far more conservatively. The protective cells around the plants’ stomata have developed different strategies for how they react to heatwaves and drought threat; the forest does this less wastefully than the grassland. For the scientists, the forest clearly plays a significant role during hot spells since it actually has a stabilising effect in the long run, even though it exacerbates the heating of the atmosphere in the short term compared to grassland.

Some plant properties have already been taken into account in models used for weather forecasts and climate scenarios, says Seneviratne.

“But the fact that the forests start off by enhancing yet ultimately buffering the impact of heatwaves had not been recognized.”

This now needs to be evaluated in more detail. Furthermore, the scientists see their study as a contribution to the debate on the role of reforestation in the context of global warming.

Simone Ulmer studied Geology and Palaeontology in Freiburg/Breisgau, Germany. After finishing her studies, she worked at the Hessian Regional Authority for Soil Research in Wiesbaden. There she led a project to create an electronic directory of geological objects worth protecting and edited a special edition about geological databases. Between 2002 and 2007 she was freelance scientific editor for Neue Zürcher Zeitung, focusing on earth and environmental sciences. Ulmer joined ETH Zurich’s Editorial Office at the end of 2007.