The Future We Want, The UN We Need 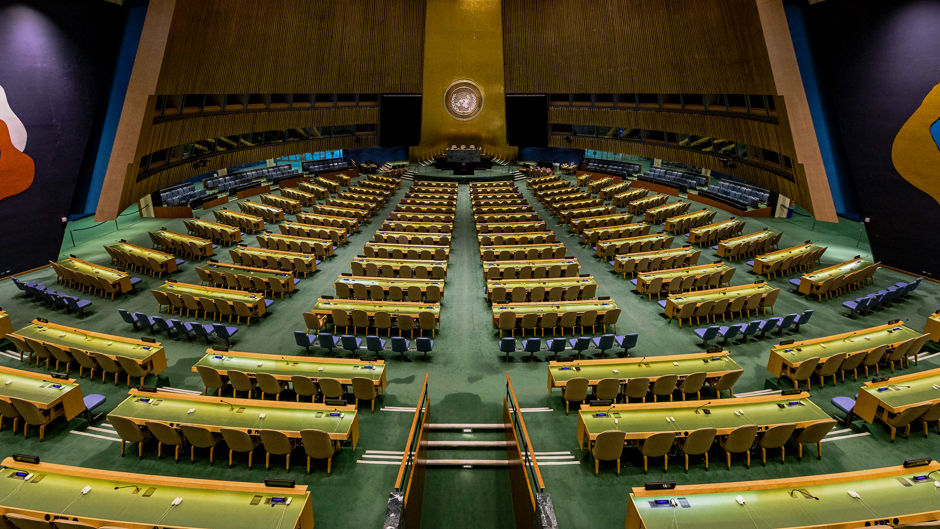 As we reflect on the 75th session of the UN General Assembly and celebrate the United Nations’ rise in the war-ravaged world some 75 years ago, humanity is again being asked to lay the foundation for a new world.

As in 1945, we are asked to envision the world that emerges from a global catastrophe. Similarly, as well, in our post-pandemic world we will need to make not a partial but a full transformation, one in which human self-interest again aligns with planetary realities.

Such a global reset can produce universal benefits in the form of a healthier, more just, safer, kinder and more spirituality connected society.

As UN historian Paul Kennedy noted, it is difficult today to recapture the optimism and high spirits of those who, in the latter days of the most devastating war in history, thought that a new world order was possible, or had already arrived.

Of course, these visionaries were overly optimistic. All who roll boulders uphill are.

The lesson and inspiration for us is that they were able to look at a world reduced to rubble and see in it a transformational moment for all. If they did that then, surely, we can also do so today.

In 1945, the UN inherited the same challenges faced by an earlier experiment in global cooperation, the League of Nations. For every voice favouring the creation of institutions committed to global cooperation, there was another warning against the erosion of national sovereignty. This fierce debate continues today.

Meanwhile, the UN remains unable to escape the fundamental paradox of all international bodies. It only performs as well as its member nations.

Former U.S. Ambassador to the UN, Richard Holbrooke expressed it famously: “Blaming the UN for a crisis is like blaming Madison Square Gardens when the New York Knicks play badly. You are blaming a building.”

And, by virtue of its founding charter conditions, action against rogue states cannot be pursued if a Great Power — that is one of the five countries possessing the veto in the Security Council — is opposed.

It is impossible to understand the history of the United Nations without understanding that this tension was baked into the system at the time of its birth.

That said, even with this structural limitation, the UN has made enormous progress in domains in which individual nations could not adequately or satisfactorily act alone.

And the UN is unlikely to ever collapse because of the growing range of world issues such as climate change that cannot be addressed alone by even the most powerful member states. As is often claimed, despite its many failings “if the UN didn’t exist, we would have to invent it.”

We live on a different planet than we did in 1945. How could it be otherwise when, in the span of a single lifetime, Earth’s human population has swelled almost four-fold to nearly eight billion in 2020 — and total global production has grown from $4 trillion to more than $140 trillion in the same period, with many consequences.

It is important to acknowledge that our current global situation is not all bad. There is, for example, the growing power of international opinion to expose human rights abuses and cause even the most recalcitrant and repressive regimes to consider the consequences of their crimes. We cannot allow that pressure to let up.

If the Great Pause imposed on us by COVID-19 is to become a transformational moment, the level of change has to emerge from the hearts and collective conscience of humanity.

At minimum, that change has to manifest itself in action in the form of implementation of the UN’s existing framework for creating a more just and more sustainable world: the UN’s 2030 Transforming Our World global sustainable development agenda.

Difficult as the UN’s sustainable development goals may appear to be, and distracted as we presently are by the pandemic, we cannot afford to lose sight of what this agenda can do for humanity.

This agenda, if implemented now, may well be seen in time as the greatest gift the United Nations has given humanity.

The problems facing the UN as a world body 75 years into its mandate have not and will not deter it from trying “to save generations from the scourge of war,” “to reaffirm faith in fundamental human rights,” and to promote “social progress and better standards of life in larger freedom.”

Those ambitions in the original Preamble to the founding Charter of the United Nations had it right. The question now – in this new transformational moment – is, can we finally do it? And the answer is yes, we can.

The boulder is still only half way up the mountain. To advance it further, to create the future we want and the UN we need, much effort is needed.

Just as in 1945, this truly is a transformational moment — for the UN certainly, but also for the entire world.

Robert Sandford is the EPCOR Water Security Research Chair at the UNU Institute for Water, Environment and Health.