The Hazards of Going to War for Profit 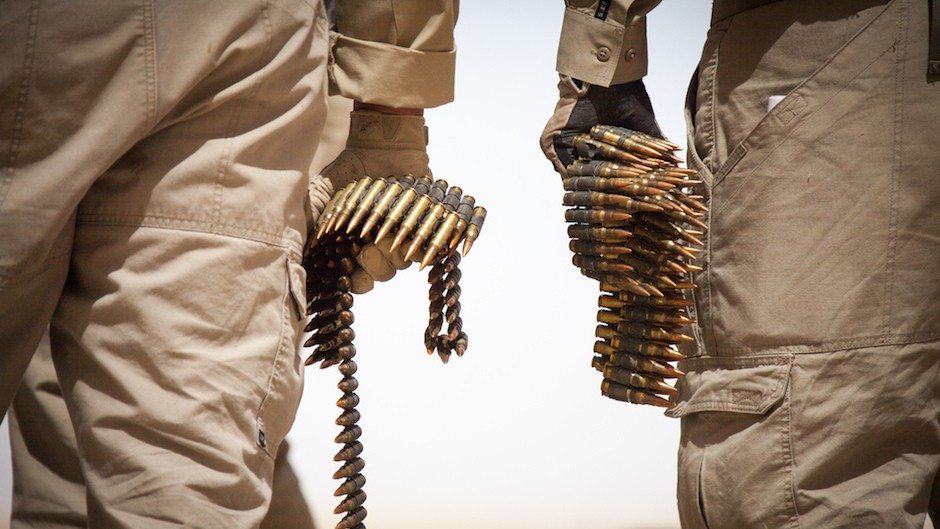 For every US soldier in Iraq, there was roughly one private contractor. In Afghanistan, the ratio was even higher, peaking at 1.6 US-employed contractors per soldier. The total number of Department of Defense contractors reached approximately 163,000 in Iraq and 117,000 in Afghanistan.

What do these firms do? Amongst other things, they guard infrastructure and personnel, interrogate, provide intelligence, train troops and security forces, and provide logistical services.

In Iraq, even the coordination of private military and security companies was outsourced (to Aegis, who established a Reconstruction Operations Center). Vinnell was hired to train the police. CACI provided interrogators to work in detention centres, including at Abu Ghraib — where their employees (and those of Titan who provided translators) were alleged to have been involved in the torture of Iraqi civilians.

Given its extent, the privatisation of military force is one of the most significant changes to the military profession in recent times. Indeed, such is the prevalence of these firms that it is not possible for major Western states to wage war without relying on them at least to some extent.

Is this privatisation of military force a positive development? Are these firms vital actors in promoting not only states’ interests, but also humanitarianism worldwide, given, that protection services in conflict zones can sometimes enable rebuilding and infrastructure programs that would not otherwise be possible?

Or are they part of a dark and distasteful industry that enables new opportunities for Western colonialism?

In my ESRC-funded research (and book, The Morality of Private War: The Challenge of Private Military and Security Companies) I assess the leading moral objections to the use of these firms. I argue, in short, that the use of private military and security companies should be avoided and, more specifically, that their use causes significant problems that cannot be addressed by regulation alone.

There has been extensive negative media coverage and, at times, heavy criticism of the use of these firms. This has focused on four problems. First, private military and security companies are ineffectively regulated. The main legal instruments prohibiting the use of mercenaries (such as the United Nations International Convention Against the Recruitment, Use, Financing, and Training of Mercenaries) do not clearly apply to them and contain several loopholes.

Second, a number of private contractors have allegedly violated civilians’ human rights, which is exacerbated by the apparent lack of effective legal apparatus to prosecute those who commit wrongdoing. One widely reported incident occurred in September 2007, when Blackwater employees fatally shot seventeen civilians in Nisour Square in central Baghdad.

Third, the bidding processes for the awards of contracts have not been competitive and contracts have been awarded to companies that have little or no experience in providing the services. Indeed, the US Commission on Wartime Contracting in Iraq and Afghanistan found that at least $31 billion—and as much as $60 billion—of the $206 billion spent on contracts and grants in Iraq and Afghanistan was lost to waste and fraud.

Fourth, there were too few governmental officials to oversee the actions of private military and security companies.

In light of these well-documented problems, there have been several initiatives to clarify and to improve the legal accountability of these firms, contracting procedures, and the oversight of contracts. In September 2008, seventeen states (including Australia, Canada, France, Germany, Iraq, the UK, and the US) agreed to the Montreux Document, following a process initiated by the Swiss government and the ICRC. More recently, industry members and other stakeholders developed the International Code of Conduct for Private Security Service Providers (the ‘ICoC’), which is a form of industry self-regulation

Do these efforts address the problems? In short, no. These efforts and initiatives have some notable flaws, such as lacking sufficient monitoring and investigation for any alleged wrongdoing. But even if these measures were much more robust, this would not address all of the problems. This is because there are deeper, more fundamental problems with the privatisation of military force that can’t be addressed by regulation.

The problems occur at three levels. At the level of the individual contractor, private contractors are more likely than regular soldiers to be predominantly motivated by financial gain. In the (reported) words of a US contractor in Iraq, “I look at it from a business perspective. When you’re talking a possible $1,000 a day tax free, it’s real attractive”.

At the level of the employer, private military and security companies can more easily choose not to undertake certain operations and wars. In 1992 DSL was reportedly asked by the UN to deploy 7,000 personnel to protect relief convoys in Somalia, but it refused to do so, leading to a loss in humanitarian delivery capacity.

Governments also employ these firms to circumvent further many of the constitutional and parliamentary — and ultimately democratic — constraints on the decision to send troops into action. For example, the Bush Administration was apparently able to employ 155,500 contractors in Iraq, thereby significantly expanding its mission, without needing to seek congressional approval for extra troops.

At the international level, there’s the problem of applying international law to commercial firms. It’s hard to apply the informal, soft constraints on war — norms, public opinion, and the like — given the lack of transparency around the use to private contractors. What’s more, the reliance on the market for force can greatly exacerbate inequalities in security since these firms provide security largely only for those who pay for it — e.g., foreigners in Iraq and Afghanistan.

And even when hired by governments, they typically focus on protecting infrastructure, convoys, and individuals, rather than protecting the public at large.  For example, although several firms, such as Blackwater, were credited for their impressive record at protecting their clients in convoys in Iraq, their apparently aggressive approach to driving — which allegedly involved driving down the wrong side of the road, using warning shots, and firing at civilian vehicles — caused harm and provoked animosity amongst the local population. This weakened crucial support for the counterinsurgency operations, exacerbating insecurity in the long run.

The crux is this: despite some efforts and initiatives to improve the accountability of these firms, there is too little questioning of the more basic issue of whether private military force is a morally acceptable way for a state to organise its armed forces.  There is too much acquiescence in the supposed fact that these firms are here to stay and that they will continue to play a central role in the provision of military force.

The debates about improving the regulation, cost-effectiveness, and oversight of private military and security companies largely overlook whether private military force is a good thing in the first place. There is a general view that there is no alternative to firms such as MPRI/L3, G4S/ArmorGroup, and Blackwater/Xe/Academi. In fact, there is an implicit assumption amongst many policymakers that, if these firms were effectively regulated and limited in the roles that they perform, their use would be morally justifiable. This overlooks a key issue: many of the problems wouldn’t be tackled by improved regulation. Ultimately, then, private military force should be generally eschewed, with or without regulation.

The Hazards of Going to War for Profit by James Pattison is licensed under a Creative Commons Attribution-NonCommercial 4.0 International License.
Permissions beyond the scope of this license may be available at https://www.opendemocracy.net/.