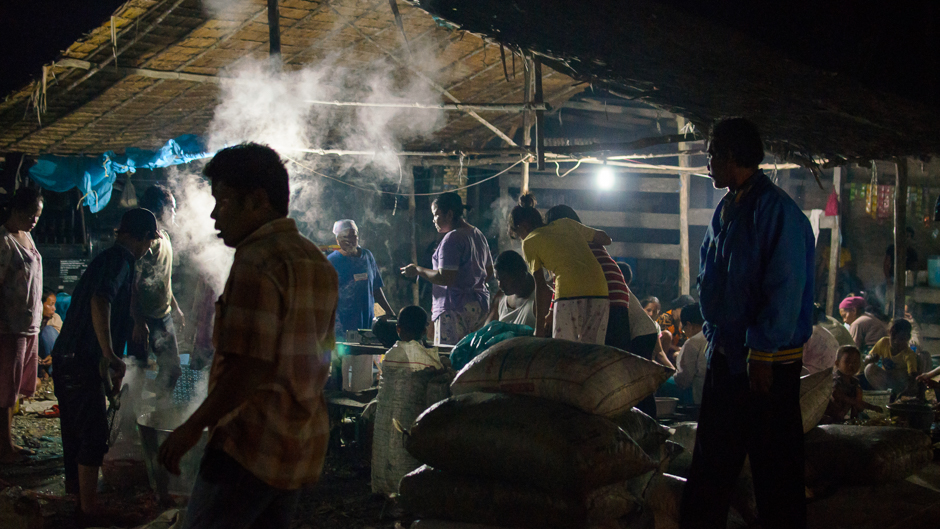 There are 40.3 million people estimated to be in modern slavery. How will COVID-19 impact efforts to end modern slavery, forced labour, human trafficking, and child labour, as countries committed to in SDG Target 8.7?

In at least three ways: 1) heightening risks for those already exploited; 2) increasing the risks of exploitation, including child labour and child marriage; and 3) disrupting response efforts.

Labour exploitation is a product and manifestation of power imbalances. We know that those who are marginalised, discriminated against, and impoverished are at greater risk of exploitation. Those people are now at even greater risk, as they are vulnerable to exclusion from adequate healthcare, have their already-constrained movement restricted further by border closures and travel disruptions, and risk stigmatisation and discrimination by nativist rhetoric and politics.

In the Gulf, for example, there is serious concern about the risks of infection for migrant workers accommodated in densely packed, often poorly sanitised labour camps. Migrant workers may lack access to local healthcare systems, and that access may be even further hampered as spiralling demands on those systems force governments to limit who receives healthcare. The surge of nativist and nationalist political rhetoric seems likely to make migrant workers easy targets for exclusion from access to services or, worse, for stigmatisation as sources of infection risk.

Yet where migrant workers wish to return home, they are unlikely to be able to do so safely for some time. This will place those already at high risk of exploitation even deeper in harm’s way. There are exceptions, though, where governments are taking steps to relieve pressures, such as Australia’s proposed extension of seasonal worker visas.

Survivors also face heightened risks, including as a result of living in government- or charity-run accommodation. As public health officials and social workers prioritise COVID-19 response, the level of care available for survivors is likely to deteriorate in the months ahead. This may deepen survivors’ sense of isolation and exacerbate mental health risks. Economically vulnerable survivors will increasingly struggle to locate basic resources. Anti-slavery activists in the UK are already calling for a victim support package for survivors and victims.

Vulnerability to enslavement will increase for several reasons.

First, because there will be an increased supply of workers vulnerable to exploitation.

The crisis will amplify some of the major drivers of modern slavery, such as poverty and financial crisis.

The UN Special Rapporteur on Contemporary Forms of Slavery recently warned that growing informalisation and casualisation of the labour force would heighten modern slavery risks. That risk has now been magnified hugely. The International Labour Organisation reports that the economic and labour crisis, created by COVID-19, may see global unemployment increase by almost 25 million. Working poverty rates will increase significantly, with a prediction that there will be between 20.1 million and 25 million more people in working poverty than in the pre COVID-19 estimate. As governments order non-essential business to close, millions of people employed in the gig economy—who for the most part are on precarious contracts, with little or low access to paid sick leave and no health insurance—are put in vulnerable situations and may turn to risky or exploitative employment.

COVID-19 also poses serious health risks. Healthcare crises are known to push people towards risky labour market decisions that can make them vulnerable to modern slavery, either because they cannot afford to pay for medical care or because they lose their job as a result of the crisis. This can heighten risks of enslavement.

The COVID-19 crisis is also reducing access to safe and reliable employment. Migrant work is already being disrupted by border closures and other travel restrictions. For example, many Tajiks have been affected as Russia closed its borders due to their reliance on seasonal migration to Russia between the months of March and April—as Tajikistan is dependent on remittances this will take its toll. These workers are likely to be susceptible to exploitation and more likely to accept risky employment.

Legal restrictions on economic activity may be increasing risks of exploitation in other contexts. In Amsterdam, for example, civil society voices have expressed concern for sex workers as nightclubs shut, and sex work is pushed underground—making workers increasingly vulnerable to trafficking.

Second, employers will have stronger incentives and perhaps greater latitude for exploitation.

Globally, the outbreak is threatening livelihoods of garment workers. In Bangladesh, over 100 factories have lost business as retailers close stores and reduce orders. The apparel industry employs 4 million people in Bangladesh who are now either at risk of losing their jobs or in a situation of vulnerability due to loss of their steady income. In Thailand, there are reports of a surge in demand from manufacturers in medical supply chains for cheap labour, targeting vulnerable migrant workers.

In order to meet demand for hand sanitiser and masks, countries including the United States have turned to prison labour as a means of production—a population at heightened risk of labour exploitation. And countries may be tempted to relax import restrictions on goods in critical supply chains, such as for medical equipment, placing workers at heightened risk. In the US, Customs and Border Protection have just revoked a hold on the import of rubber gloves from a supplier suspected of using forced labour.

It also seems foreseeable that the crisis may cause some countries, reliant on large migrant labour forces, to either curtail that reliance, or to place additional restrictions on migrant workers and limit their freedom of movement within the host country. Both factors could increase risk to modern slavery, in the first case by incentivising bribery and corruption in allocation of places for workers, and in the second case by placing migrant workers at greater risk of exploitation by employers.

And third, with education systems suspended, children will become more vulnerable to exploitation.

Schools all over the world are shutting down, from India to the US to Iran. This will cause economic stress for some parents, creating situations that may lead to child labour. And it may lead to an increase in child marriage, as well, as a strategy for household capital formation. A recent report by the International Monetary Fund (IMF) suggests education-based initiatives are key in alleviating vulnerability to child marriage. If the disruption to education systems becomes a long-term prospect, child marriage may rise.

Finally, the social and economic disruptions caused by COVID-19 will fragment response efforts in numerous ways.

Many government and civil society response organisations have had their movements impeded. In Brazil, anti-slavery operations have halted, as the government’s special mobile enforcement group is suspended for fear of exposure to the virus.

And the resources needed to sustain anti-slavery efforts—including funding and attention—will be harder to seek. NGOs that provide critical protections—including shelters and reintegration programs—are likely to be adversely affected as donors turn their attention elsewhere.

This article was first published by Delta 8.7. Delta 8.7 is an innovative project, created by the United Nations University Centre for Policy Research, that helps policy actors understand and use data responsibly to inform policies that contribute to achieving Target 8.7 of the Sustainable Development Goals.

Angharad Smith is a Programme Officer for the Modern Slavery Programme at the United Nations University Centre for Policy Research.