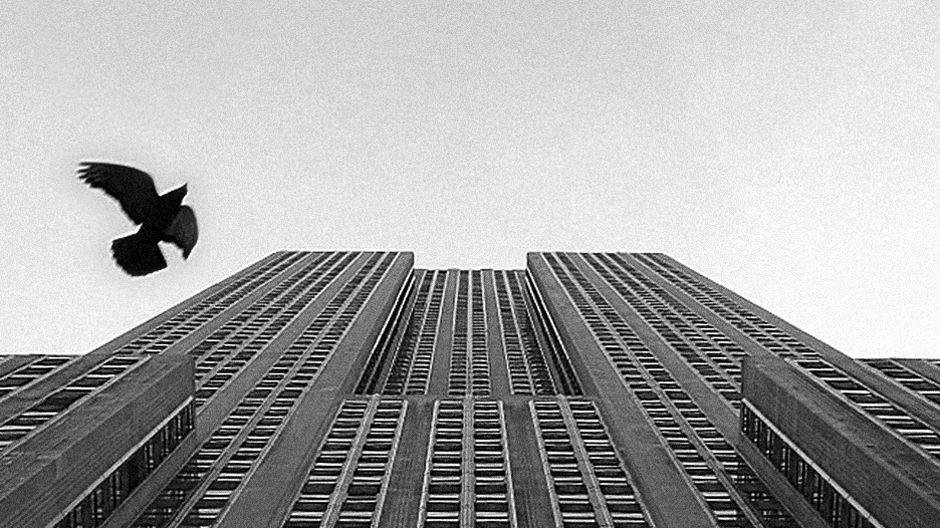 GDP, GNP, GPI, GNH, HDI. Is there a better way to measure if a country is doing OK?

In the first days of his 1968 United States presidential campaign, Robert F. Kennedy famously declared that the problem with Gross National Product is that “it measures everything in short, except that which makes life worthwhile”. Forty-five years later and the questions of how to accurately measure and predict a nation’s true development progress are as relevant and difficult to answer as ever.

But what does “worthwhile” mean for governments that are bent on pumping out figures showing sustained economic growth instead of sustainable growth? Does “worthwhile” still only account for quantifiable production or is real acceptance of climate change and its impacts finally giving the declining state of natural resources the attention that it deserves?

As part of the continuing quest for balanced assessment of national economies beyond traditional indicators like Gross Domestic Product (GDP), a recently launched paradigm-changing system seeks to better determine a nation’s true wealth.

The IWR is the first in a biennial series and lays out the foundation of the Inclusive Wealth Index (IWI), a novel approach that strives to inject green accounting into the assessment of a country’s capital assets and move beyond the environmental shortfalls of other indicators. By assessing changes in natural capital (e.g., forests, watersheds, fossil fuels, fisheries) over time, in addition to produced (manufactured) and human capital, inclusive wealth puts new emphasis on the changing state of a country’s natural resource base, stressing its fundamental impact on long-term economic and social sustainability.

So why the need to create yet another wealth indicator? Joseph Stiglitz sums it up as only a Nobel prize-winning New Keynesian economist can: “If you don’t measure the right thing, you don’t do the right thing.”

But old habits are hard to break and for now GDP is still the prevailing economic indicator. It is ubiquitous in global economic dialogue and for most governments the equation is simple: GDP growth = good. The numbers and calculations behind that number are generally unimportant to the masses. The team behind the IWI hopes to change that.

The Inclusive Wealth Report’s Science Advisor, Sir Partha Dasgupta, recently wrote that “the rogue word in GDP is ‘gross’”. By filling the ledger with nothing but production of goods and services there is no accounting for the destruction of the economy’s productive base  — the degradation of its natural ingredients.

Generally, as economists calculate the past year’s investment, expenditure, consumption and production, there is a conspicuously missing component in the equation — what remains — specifically what is left of the natural resource stock and the social dividends that it can pay in the future. Without this key form of capital in the equation, IWI argues that there can be no clear assessment of national economic policies and their long-term sustainability.

The first Inclusive Wealth Report focuses on natural capital accounting. The term natural capital was coined decades ago and the IWI is certainly not the first effort towards economic accounting of natural resources. Recent moves include China’s 2006 “Green GDP” (abandoned one year later, for a variety of “internal” reasons) and Rio+20 turned out to be the platform to announce a number of new natural capital initiatives including The World Bank’s Wealth Accounting and Valuation of Ecosystem Services (with a growing list of supporters) and the financial sector’s “Natural Capital Declaration”.

A GDP for you and me

There is plenty of agreement that what is good for GDP is not necessarily good for a country’s citizens. Following 1987’s “Our Common Future” report that broke ground in linking environmental considerations to development, there was a fresh focus on moving beyond economic indicators to comprehensive development indicators.

Probably the most influential and successful effort to date has been the Human Development Index, launched in 1990. With HDI the United Nations Development Programme (UNDP) offered a breakthrough assessment that hit on more of those “worthwhile” points  — social and human capital including health, education and living standards. But after two decades of fine-tuning, HDI still failed to acknowledge environment.

That is, until Rio+20 when UNDP held a forum to set forth the concepts going into a new Sustainable Human Development Index (which may sound familiar to Our World readers). The SHDI will finally bring attention to environment but in a way that attempts to link local and global resource thresholds or “tipping points”. Instead of assessing the environment as a productive base (as the IWI does), SHDI appears to evaluate the state of the environment in terms of local and global impact on future human choices and capabilities. It seems that environment still cannot be factored into economic accounting using SHDI.

The Inclusive Wealth Report positions itself squarely ahead of both GDP and HDI, clearly stating that it strives to overcome their short-sighted estimates by assessing changes in produced, human, and natural capital over time to provide a long-term perspective on a society’s well-being and sustainability.

Despite the swelling agreement that natural capital needs a closer look, estimating the value of natural capital is tricky business. While there are respected references and methods to quantify market values of natural resources such as the The Little Green Data Book and the new UN-sanctioned System of Environmental-Economic Accounts, determining social value of natural resources jumps into the realm of well-being — a potentially heady and subjective approach to estimating sustainability.

But to show a path of true sustainable development the IWR argues that the educational, health and livelihood aspects of well-being, that natural resources promote beyond a resource’s market value, need to be accounted for.

It is impossible to cover the depth of the Inclusive Wealth Index in a short article, but it is clear that the approach is unique among natural capital accounting in that it puts well-being at the center of its results. Inclusive wealth tries to move beyond subjective accounting constraints through a pioneering framework for estimating natural capital wealth by determining social worth. At the heart of this method are “shadow prices”.

“Wealth is the social worth of an economy’s assets: reproducible capital; human capital; knowledge; natural capital; population; institutions; and time… Shadow prices are the connection between assets and the human well-being they are forecast to protect and promote,” explains the report.

Inclusive wealth tries to move beyond subjective accounting constraints through a pioneering framework for estimating natural capital wealth by determining social worth.

Now, obviously, to assess capital IWI is not going around pressing its face against restaurant windows to see how much fun people are having eating their meals. But the principle is adapted to estimate the social worth of a country’s natural resources. Healthy watersheds, for example, play a huge part in providing clean drinking water, which promotes healthier populations and greater social well-being.

Making any sense yet? Valuation of natural capital using shadow prices is not a simple approach and will certainly take some time to digest and revise. It is also a method that has produced some unconventional results.

Back in April, IHDP’s Executive Director, Professsor Anantha Duraiappah, presented a brief preview of IWR 2012 for Our World. He summed up what, for most news coverage, has been a clear highlight of the report — the comparative rankings of IWI versus GDP.

This first report assessed changes of inclusive wealth for 20 countries from 1990–2008. These countries represent 56 percent of world population and 72 percent of world GDP. Without revisiting the results in detail (although you are encouraged to do so), there are some interesting revelations. Once natural capital had been tallied, 19 out of the 20 countries assessed in the report experienced a decline in natural capital (only Japan experienced an increase), yet 70 percent of these countries ended up with a positive Inclusive Wealth Index (IWI) per capita.

These kinds of confusing results are what have some critics up in arms. They argue that problems arise in the ways that natural capital deficits can be balanced with offsets from other forms of capital. For example, the primary offset of a 25 percent natural capital decline in Brazil was the 48 percent increase in human capital (education, skills, tacit knowledge, health). By balancing capital inclusively, critics argue that serious environmental destruction could still be wiped from the balance sheet.

But the IWR authors remind us that there are still conceptual limitations that need to be overcome such as the ability to effectively measure the resilience of natural systems and how critical a type of natural capital is for development. As a further let-down to critics, using IWI to assess fundamental functioning of the earth’s ecological systems (climate regulation, flood regulation, fertile soil, biodiversity, drinking water, etc.) is still a methodologically thorny endeavor requiring input from other assessments to guide their management.

As IWI turns evaluation of economies on its head, this could be good news for nations that are resource-rich, but caught in an extractive global economy. If adopted in a real way, IWI could provide a new framework for these countries to reevaluate their long-term resource management policies and shift their comparative advantage away from having developed nations buying (exploiting) their resources. Instead these national economies could develop policy through a lens that encourages producing and managing natural capital to increase social worth, an approach that would likely result in a much happier and healthier population and economy 30 years from now.

The Inclusive Wealth Index is meant to be a part of governments’ broader macroeconomic planning alongside other indicators, so that progress can be evaluated based on a balanced assessment of capitals.

The reality, though, is that just as GDP is not perfect, no individual indicator can work alone to measure and holistically predict long-term sustainability of economies. The Inclusive Wealth Index is meant to be a part of governments’ broader macroeconomic planning alongside other indicators, so that progress can be evaluated based on a balanced assessment of capitals. But if true improvements are going to be made, an arsenal of indicators is perhaps only as good as the intentions of a powerful market.

As Professor Sir Partha Dasgupta of Cambridge University, chair of the IWR, remarks:

“The flipside of the coin is that if Nature is very cheap, the technologies that entrepreneurs and inventors introduce can be predicted to be exploitative of nature… Looking into the future, societies need to steer their technologies towards those that are more economical in their reliance on natural capital… Small changes won’t do because we are locked into a whole pattern of production and investment in knowledge which is exploitative of Nature.”

The inclusive wealth of nations by Daniel Powell is licensed under a Creative Commons Attribution-NoDerivs 3.0 Unported License.