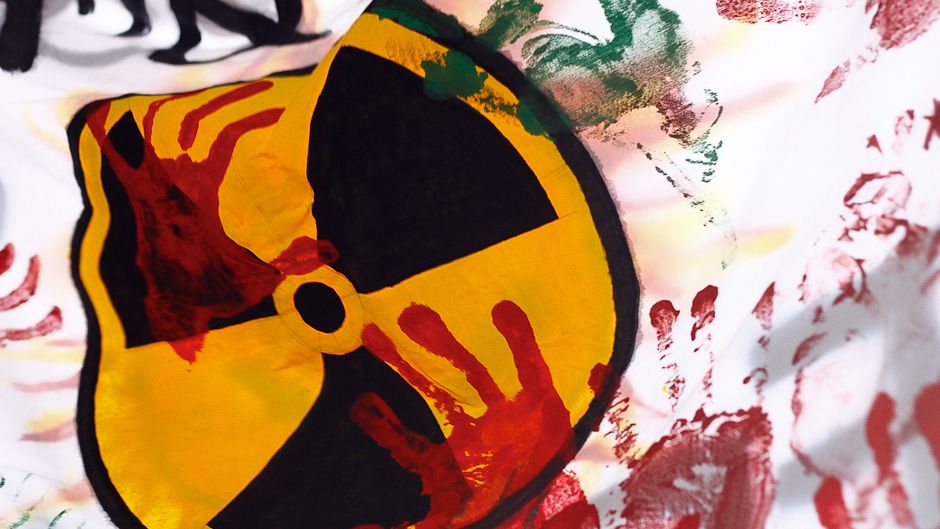 It has been nearly two years since the world watched in horror as the Fukushima Daiichi reactor buildings exploded, one by one. Although the death and destruction that were caused by the tsunami were far worse, the nuclear crisis provided a harrowing global spectacle, with heroes like the 50 or so workers who stayed onsite, and villains like the increasingly beleaguered operating company, TEPCO. There were also victims like the 160,000 or so people who were forced to evacuate from the area and then, the wider population too as fears of radioactive contamination of food and water spread.

As we later learned, there were serious problems and continuing threats beyond the release of large amounts of radioactive material into the air and sea. The reactor cores had melted and burned through their containment vessels into the base of the building and some of the stored waste was in a precarious position. The worst was avoided, but what happened was bad enough; the release of about half the amount of radioactive material as was released at Chernobyl in the Ukraine in 1986. While, unlike that event, most of the Fukushima fallout was carried out to sea by prevailing winds, the impact on Japan’s coastal waters and biota continue to be a concern. 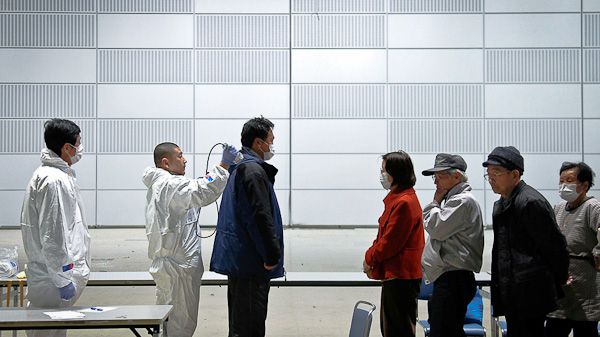 There are still disputes about exactly what the death toll was from the Chernobyl accident, with estimates ranging from thousands to hundreds of thousands. Fortunately it seems likely that Japan will escape with perhaps only a few hundred early deaths. The problem is that nobody really knows how many will end up being seriously impacted in the long term and it is this uncertainty that is the big worry. While official agencies such as the United Nations Scientific Committee on the Effects of Atomic Radiation talk of likely minimal health impacts, an independent academic study suggested that, in the worst case, there might eventually be up to 1,300 resultant cancer deaths, mostly in Japan “with extremely small effects noticeable in mainland Asia and North America.”

Outside of Japan, the reaction was fast and striking. Germany closed all of its old reactors and then decided to phase the rest out entirely by 2022. In Italy there was a national referendum in which 94 percent voted against the governments plan to build new nuclear plants. The government had no choice but to concede defeat. The same happened in Switzerland, and later Belgium. In France the strongly pro-nuclear government was defeated in a national election and, with 70 percent of the public opposing nuclear in some polls, it was replaced by a government promising to radically reduce reliance on nuclear power.

Elsewhere in the world, nuclear plans were abandoned in Malaysia, the Philippines, Kuwait and Bahrain, or radically changed, as in Taiwan. China suspended its nuclear development programme, but restarted it on a reduced basis in late 2012 with the government approving a ‘small number’ of projects in each of the next five years. The initial plan had been to increase the nuclear contribution from 2 to 4 percent of electricity by 2020, but renewable energy already supplied 17 percent of China’s electricity and, post-Fukushima, it seems likely that most of the 15 percent of non-fossil energy that China aims to use by 2020 will be from renewables.

The story is similar in many other places around the world. For example, in the United States output from renewables had already overtaken that from nuclear and after Fukushima some proposed nuclear projects collapsed. With renewables booming and nuclear costs rising, it now looks as if nuclear contribution will progressively fall.

That is not to say new nuclear projects are not going ahead in some countries. Despite the uncertain economics, almost alone in Western Europe, the United Kingdom is still planning a major expansion. So is Russia. Despite massive protests (leading to two deaths so far), India is also still pressing ahead with a large nuclear programme, as is South Korea.

Renewables on the rise

Globally, following Fukushima, public opposition to nuclear rose to around 62 percent, according to one poll and in some countries (Italy, Germany and Mexico) it reached 80 percent or more. By contrast, support for renewables grew. The events at Fukushima seemed to cause the need for a change to crystalise in many people’s minds. Climate change might be a very important issue, but that nuclear was not the answer began to be a more widely held belief.  The conviction that renewables could be has spread.

[quote quote=”New renewables are now well on the way to equaling, if not surpassing, nuclear output.” type=”text” ]

In all there are around 870 gigawatts (GW) of hydro capacity, large and small, in place globally compared to around 374 GW of nuclear, some of which have been closed down following Fukushima. New large hydro projects may not be the way ahead, but the so-called ‘new renewables’ are expanding rapidly. There are around 240 GW of wind generation capacity in place globally, and around 70 GW of photovoltaic (PV) solar capacity. But solar heat collectors are actually the winner with around 250 GW in use. Wave and tidal power are also developing very rapidly.

The outputs from renewables like wind and solar are variable, so these plant capacities cannot be directly compared. But taken together the new renewables are now well on the way to equaling, if not surpassing, nuclear output, and hydro already does.

Some say why not have both renewables and nuclear, as the UK, India and some others seem to be trying to do? The problem there is that, apart from competing for scarce finances, centralised nuclear power is operationally incompatible with decentralised renewables if the contributions from both are large.

Nuclear plants are big and inflexible and they are usually run 24 hours a day, 7 days a week to pay back the high construction costs. Most renewables are smaller and flexible, with variable outputs that need to be interfaced and balanced with a dynamic ‘smart grid’ management system. That can shift some energy demand away from peak times, store some of the excess outputs from wind plants for later use, and balance local variations in supply by using fast start-up backup plants and by importing electricity via highly efficient long-distance super grid links. Nuclear just gets in the way of this balancing process because nuclear plants cannot vary their output rapidly and regularly, and are of little use in backing up variable renewables. We have to choose which way to go — either nuclear or non-nuclear?

As indicated above, many countries have made that choice. In Japan, following Fukushima, all the nuclear plants were closed for safety checks and a consultation report in 2012 looked at the three options for the future that the government had put forward — zero nuclear, 15 percent nuclear or 20–25 percent nuclear — with renewables taking up most of the slack at 30–35 percent.  Energy use would also need to be reduced.

With 100,000-strong demonstrations against nuclear occurring regularly in Japan, and weekly rallies outside the Prime Minister’s residence, opposition to nuclear has clearly been very strong. In one poll 47 percent opted for zero nuclear, 16 percent went for 15 percent, while 13 percent chose 20–25 percent.  In September 2012 the government announced that it would aim to get to zero nuclear in the 2030s.

Given that before Fukushima, Japan, the world’s third-largest economy, was planning to expand nuclear from the 26 percent level it had reached to 45 percent of total electricity by 2030, a shift to zero would be very significant and would involve major changes, especially since the aim is still to reduce greenhouse gas emissions by 23–25 percent by 2030 from 1990 levels. However, Japan’s then industry minister, Yukio Edano, said, “I don’t think the zero scenario is bad for the economy. On the contrary, it can create growth as efforts to develop renewable energy and improve energy efficiency could boost domestic demand.”

[quote quote=”One thing is clear: Japan cannot remain indecisive on this issue for too long.” type=”text” ]

A detailed 2030 strategy has yet to emerge. However, with the recent election in late 2012 leading to a new, more pro-nuclear government (Liberal Democratic Party), the phase-out plan will likely be delayed or modified. However, although one plant has been restarted and a few more may be, it is hard to see how substantial pro-nuclear changes in policy could be made given the strength of public opinion.

One thing is clear: Japan cannot remain indecisive on this issue for too long. In the immediate post-Fukushima period, strenuous efforts were made to reduce energy use to replace lost nuclear output, with some success. Demand fell by 10 percent or more in some sectors through a mixture of imposed and voluntary cuts. But more gas has had to be imported as an interim measure to keep power flowing and that has become increasingly expensive.

By contrast, the use of renewables is getting progressively cheaper. That is not surprising as they have no fuel costs. It will take time to get renewables up to speed in Japan since the country is starting from a much lower base than, say, Germany, which already had a nuclear phase-out plan. But the core of a new Japanese programme is emerging. It includes offshore wind projects, which obviously make sense in a country where land is at a premium with, symbolically, one of the first being a 1 GW floating wind turbine.

In addition the government is allowing geothermal energy projects in newly opened areas of national parks, which could lead to 2 GW of capacity by the 2020s. As a start, again very symbolically, a small geothermal plant is to be installed at the Tsuchiyu Onsen hot spring in Fukushima City. Some new biomass projects have also been started, including algae production for biofuels.

In parallel, even more is expected of PV solar. A new generous Feed-In Tariff system has been introduced, enabling everyone to play a part. In Germany that approach has led to 30 GW of PV being installed so far.  Given its climate, Japan could do even better.

The Fukushima disaster left Japan facing huge social and economic costs and the impacts will continue for many years, but it may have also led to a change in direction, which will benefit not only Japan but the rest of the world. And with Japan’s track record in technological innovation, it may help us all to develop more sustainable ways of living.

The Legacy of Fukushima: Two Years On by David Elliott is licensed under a Creative Commons Attribution-NonCommercial-ShareAlike 3.0 Unported License.

David Elliott is Emeritus Professor of Technology Policy at the Open University, UK. His latest book is Fukushima: Impacts and Implications.