The Other Sochi Security Stories 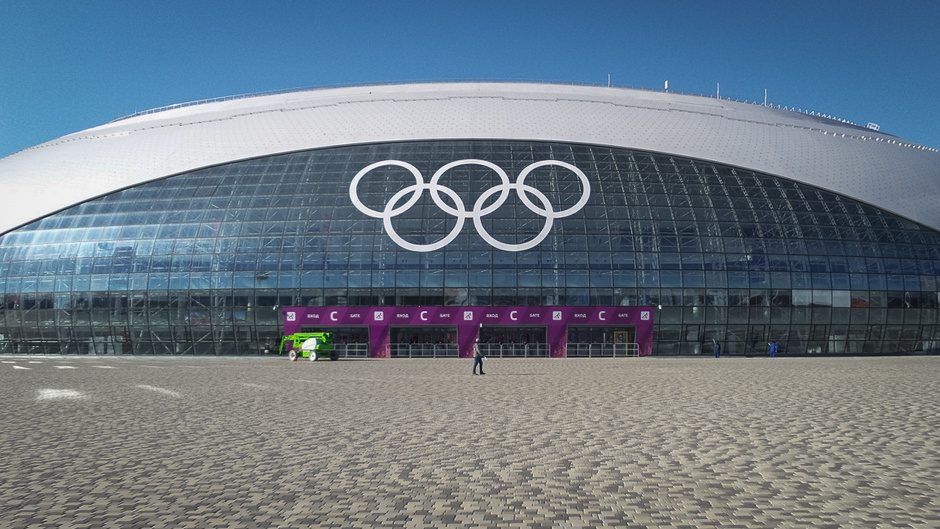 Media coverage leading up to the Sochi Winter Olympics has preoccupied itself with terrorist threats from the North Caucasus region. Such fears are justified, writes Mark Galeotti, but they shouldn’t overshadow a number of equally pressing and interrelated security concerns.

Global TV news coverage of the buildup to the Winter Olympics in Sochi has been dominated by terrorism, footage of the Volgograd station and trolley-bus suicide bombs, breathless and often alarmist speculation as to the likelihood of attacks, the safety of athletes and spectators. These are legitimate concerns given that the Games are being held only a few hundred kilometers from the North Caucasus, a region still torn by nationalist and jihadist insurgency and terrorism. Then there’s the Islamists’ open determination to disrupt an event into which President Putin has placed so much political capital. No public event can ever be wholly secured and Sochi is no exception. It is certainly possible that there could be some kind of attack, even if just to the outer perimeter of the much-vaunted “ring of steel” around the security zone. Nonetheless, the sheer scale of the Russian operation — 25,000 police, up to 20,000 regular military and Interior Ministry troops, drones, divers and the full panoply of modern security — means that the risk is as minimal as is reasonably possible.

On the other hand, watch the news in Russia and the Winter Olympic narrative is a triumphalist tale of plucky athletes and their gilt dreams, sparkling facilities being opened and glitzy Sochi-themed adverts. Of course, the terrorist attacks were covered, but there is a determined resistance to letting them overshadow the event. Indeed, when Western concerns are noted, it is, if anything, with a not-unjustified irritation about the alarmist tone of many of the reports about what they would rather portray as “merry sporting events”.

Both of these narratives, though, ignore a range of other security-related issues raised or demonstrated by the Games. First of all, it is a depressing irony that on one level the Kremlin might be blessing the terrorists for taking the spotlight away from the issue of corruption. These ridiculously expensive Games — a record-breaking $51 billion and counting, more than all previous Winter Olympics combined — have been characterized by boondoggles and stratospheric overspends. Opposition politician Boris Nemtsov’s claims that more than half the total expenditure was embezzled could be written off as a partisan smear, but then International Olympic Committee member Gian-Franco Kasper put the figure at around a third.

This fits into a pattern of bank-busting megaprojects. Some $4.5 billion were spent, for example, to host the hardly-famous 2013 Universiade student sporting event in Kazan. However, not only does this come at a time when the Russian treasury is looking much less flush than in recent times, but also contributes to a culture of institutionalized “feeding” from the state budget. This not only affects the effectiveness and legitimacy of the state, it directly undermines the institutions of state security. According to Main Military Prosecutor, General Sergei Fridinsky and Investigations Committee chief Alexander Bastrykin, embezzlement from the defense budget is massive (perhaps already reaching half a billion dollars a year) and growing. After all, if a national project such as Sochi can be used as a vehicle for private enrichment by members of the elite, why not arms contracts?

The second issue is how the Sochi experience affects the terrorist threat that Russia is facing and will, alas, continue to face for the foreseeable future. Terrorists have carried out operations elsewhere in Russia before, not least the Dubrovka Theater siege in Moscow in 2002 and bombings on the capital’s metro in 2004 and 2010. However, those were carefully-planned operations, explicitly aimed at the heart of the Russian state. Unable to penetrate the Sochi security zone or, indeed, board a train bound to Moscow, suicide bombers hit the southern Russian cities of Volgograd and Pyatigorsk and found themselves making global headlines. The depressingly-regular toll of attacks in the North Caucasus was, after all, no longer news. However, an attack in southern Russia outside the North Caucasus, in the run up to Sochi, and also obligingly recorded on surveillance and dashboard cameras for the world to view over and over again, made for something different.

This has been an illustrative masterclass in the importance of the spectacle in terrorism: the bark is far, far more important than the bite. If the world is not interested in the North Caucasus, then the North Caucasus can reach out and inject itself into whatever does interest the world. Although there was no sense that this was part of any kind of strategy, the insurgents probably learned from the Boston marathon bombings and now Sochi is making it even more evident.

This lesson in memetic warfare — one carried out not primarily by guns and bombs but rather through fears and ideas — is likely to be remembered. Russia will host the World Cup in 2018, with matches in eleven cities, including Volgograd. But beyond that, there is a steady stream of international events, as well as a clear desire to boost tourism throughout Russia in general and in the south in particular. Attacks which imperil Westerners might seem politically counter-productive, but might not seem so much of a gamble for insurgents who have long since abandoned any hopes of their cause being championed by Europe or Washington, and who may be hoping for practical support from Islamist powers and forces.

Their chances of carrying out such out-of-theater attacks will in the short term only be improved by the very scale of the Sochi security operation. While the troops deployed are largely from units already in the area, simply being stood up for this particular mission, the extra police in particular have to come from somewhere. There are officers from as far afield as St. Petersburg, but in the main it appears that they are being drawn from other southern Russian cities. The very ones, in other words, the insurgents are most able to reach and hit. There is also a less visible transfer of resources in that although massive federal subventions have been provided to meet the $2-3 billion cost of the security effort, some has come from existing police budgets. To put it bluntly, every security camera and x-ray detector emplaced in Sochi is one not going elsewhere.

That said, the Kremlin’s massive security project is not just a reflection of Putin’s determination that the event whose safety he personally guaranteed should go well. Sochi is also a test-bed for trying out new procedures and, above all, technologies that may ultimately be rolled out more broadly. The increased use of drones, for example, is something that police commands across the country are likely to adopt after seeing how they do during the Games. Most significant, though, is the range of enhanced cellphone and email interception capabilities the Federal Security Service is employing at Sochi. It is, to be honest, unclear just how useful they will be in foiling terrorists at the Games — but if they work there, they will most certainly be more effective in monitoring and controlling political opposition groups in Moscow and beyond in the future.

Finally, let’s not forget the ecological security dimension, even if the Kremlin evidently has. For all the promises that Sochi would be a green paragon, the construction process has led to waste dumping in illegal landfills, rivers contaminated with toxic waste and the World Wildlife Fund concluding that “preparation for the Olympics is not under control, construction is of poor quality, vast damage to the environment has already been made and more is expected and NGOs are deprived from the ability to provide independent advice.”

Terrorism is, of course, a serious issue and the depressing truth is that further attacks are likely, even if not inside the security zone. However, it should not obscure the range of other security challenges, often with more subtle but also broader and longer-term implications.

The Other Sochi Security Stories by Mark Galeotti is licensed under a Creative Commons Attribution-NonCommercial-NoDerivatives 4.0 International License.