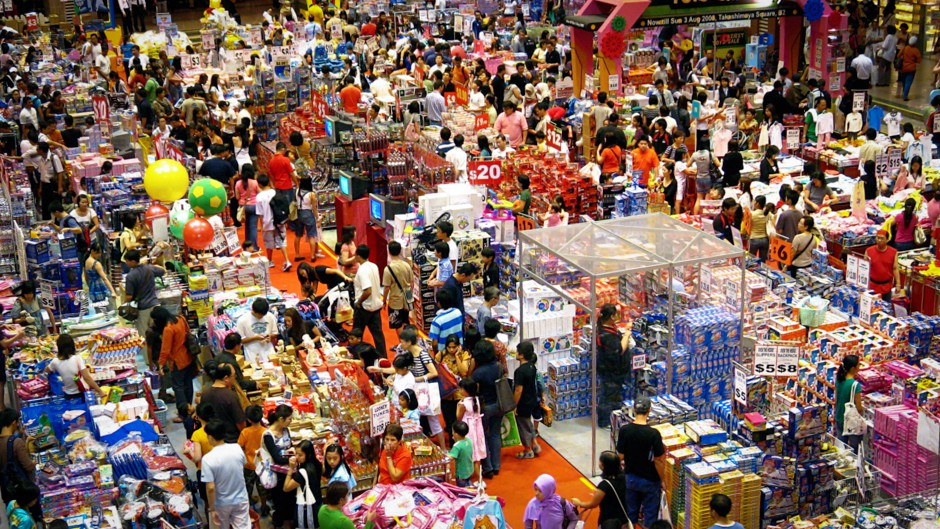 Since the time of Robert Malthus, we have been keenly aware that humans, like all creatures, live within environmental limits.

The English economist and demographer theorized two centuries ago that population growth will always tend to outrun food supply and that betterment of humankind is impossible without stern curbs on reproduction.

Certainly, exceeding these limits leads to particular consequences for the population concerned. Humans, however, have been rather smarter in their ability to adapt the environment to produce ever-increasing amounts of food through various managed agricultural systems.

Yet in these days of climate, natural resource and biodiversity concerns — or, as many believe, crises — a pertinent question would be: How many people can the Earth sustain? On the face of it, that is a simple question with no simple answer. But there is no denying that it would be very helpful to have a single number for the carrying capacity of the Earth.

Perhaps the only sensible response is: “It depends what you eat”. And some would argue that what we eat mainly, at present, is fossil fuels (see How much oil do Americans eat). Given the heavy reliance on fossil fuels in modern agriculture, a dramatic claim was made by geologist Dale Allen Pfeiffer back in 2004 that the advent of peak oil may necessitate a population decline of two thirds to around 2 billion people.

Of course “eat” here is used interchangeably with consume/drive/use to generate energy, etc. The problem is there is not just one world; there are many and we all eat differently. The gains of technology and modern agricultural practice and by association, our relative ability to consume, have not been equally distributed. Darek Gondor’s essay last month included a stunning statistic illustrating this: just 10% of the world’s population accounts for 60% of the world’s consumption.

So, ironically, for a global problem like climate change, the term global population is meaningless. One cannot talk meaningfully about population without talking about the associated consumption. And if populations all consumed equally, the argument would be a whole lot simpler.

As usual, the devil is in the detail. Western Europeans get 10 times the calorific intake from meat than do those in the least developed countries of the world. The US has 25 times as many cars per 1,000 people as China. Norway consumes around 50 times the amount of household electricity than does Indonesia.

Recent figures from David Satterthwaite of the International Institute for Environment and Development further illustrate this complexity with respect to population. Between 1980 and 2005, sub-Saharan Africa increased its global share of population by 18.5% but its CO2 emissions by only 2.4%. China’s share, on the other hand, increased by 15.3 % for population and 44.5% for CO2 emissions. This is one example of why, in the truest sense, there is no population but populations.

But people are a very visible entity. A large collection of people, especially in densely populated (but low emission) slums is more visible than the embodied emissions in a kilo of meat or a designer handbag. There are of course sound reasons for family planning, particularly local environmental ones. However, when talking about climate change, which is an issue of consumption, it is lazy thinking to imagine that limiting the population of the most populous or fastest growing  nations will be a magic solution to the problem.

[quote quote=”This is the confusing paradox: Lifting people out of poverty not only slows population growth, it also enables consumption.” ]

Condoms are great, but actually the world’s most effective contraceptive to date is economic development. Increasing affluence in time brings with it lower fertility as a co-benefit. But it also means increasing consumption levels and these have proportionally more impact than the consumption of a poorer child or two. A little affluence goes a long way to increasing consumption. This is the confusing paradox: Lifting people out of poverty not only slows population growth, it also enables consumption.

A 2009 study by United Nations University Institute for Advanced Studies researchers Tatiana Gadda and Alexandros Gasparatos, analyzing the Japanese post-war experience, illustrates massive increases in consumption for a relatively small population increase. Between 1950-1975 the per-capita economy rose by 580% and per-capita meat consumption by 1,500%. By contrast, the Japanese population increased by 33% over the same period. Given this sensitivity of consumption patterns to wealth, it is clear that population cannot be considered independently of other factors.

Developed countries have to lead

In order to circumvent this cognitive bias, it may be useful to think of consumption in terms of the current, near future (to 2020) and far future (beyond 2025).

By far the biggest culprit of current consumption is the developed world. However, people in emerging economies are rapidly becoming part of this pattern, but the number of people who will become consumers in the next 10-15 years are largely already here. China’s middle class grew to 80 million in 2007, up 22% from 2005. It is projected to be 700 million in 2020. The far future consumption of the low-consuming billions could be enabled either through local economic development or migration to a higher consuming region.

Set against such highly dynamic development patterns, over-emphasis on population risks is ignoring the real problem. Consumption is not just the bigger issue, but the fairer one. We will all have to learn to better share because more people want a slice of the pie.

And if the “peak oilers” are right, we are effectively talking about a future global population of nearer two billion (close to the levels found in 1920). The operative word here, however, is “future” — and outside of some sort of collapse, that future has to be over a century or more from now. However, the lowest UN population projections (PDF) indicate only the possibility of a fall to 5.5 billion by 2100, the highest is 14 billion and medium 9 billion.

The UN statisticians predict the possibility, under the low scenario, of a drop to a 2.3 billion global population 200 years from now (mainly based on changes in fertility levels). But it is important also to recognize that this population should not constitute 2.3 billion avid consumers (unless we have found technological solutions to reduce their energy and carbon footprints).

The question to ask here is: will we have the luxury of 200 years, or will the confluence of energy, food and water shortages — driven in part by climate change — hit in 20 years time and overcome our collective capacity to adapt?

In all this, there is one optimistic view. A forecast has been made that the world population in 2060 will be less than in 2003 (the date of the prediction), which does not have starvation or disease as its driver but globalization. The premise of this prediction is that communication technology and education will combine to drive down population far quicker than anyone currently realizes possible.

Detractors suggest that another unappreciated effect of globalization is the rapid transmission of infectious disease, which could realize this prediction in a catastrophic way. Despite drawing fire for its naiveté, the prediction has thus far gone unchallenged.

A world with fewer people has all sorts of benefits, but without understanding the nuances of our situation, we risk making bad and ineffective policies. At the end of the day, it is all about choices. Some have argued that the Earth can sustain many more people if we all eat grain than if we all eat beef (see our Debate 2.0 on the topic). Recognizing that we don’t all ‘eat’ the same thing in the same way and that these patterns can change very quickly is the first step to understanding the complexity of the population paradox.

Limiting population is only one part of the equation. The bigger issue remains the increased consumptive capacity of a richer population and the economic, technological and energy systems that demand, stimulate and deliver ever increasing consumption.

Without understanding these systemic levers, to consider limiting population in less affluent places so that we may proceed as usual here in the rich nations is both conceptually unjust and practically irrelevant.

The Population Paradox by Christopher Doll is licensed under a Creative Commons Attribution-NonCommercial-ShareAlike 3.0 Unported License.