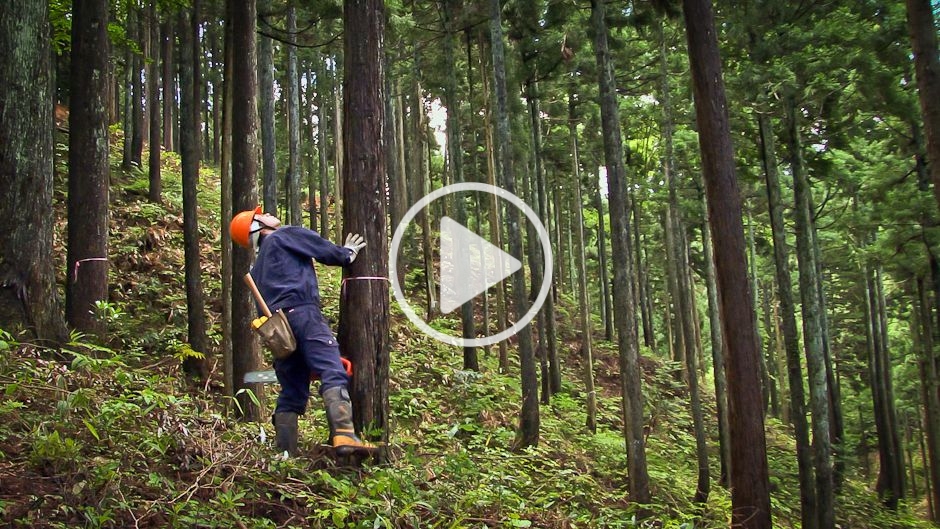 Recently, one of the leading environmentalists from the United Kingdom, Jonathan Porritt, called for “cooperative capitalism”. He argued that today’s world is running on an operating system (software package) that is not delivering what we need and that has been “purpose built to make sustainability a totally unrealisable goal!”

The key components of this operating system are “minimally regulated free markets, driven by competition and increased productivity in order to maximise both economic growth and short-term profits”.

Porritt argues that the answer is not discarding this operating system or fine-tuning it. Rather we need “radical optimisation for a truly sustainable global economy”. Here on Our World 2.0, we describe this as a major upgrade of the operating system to version 2.0.

Porritt and his colleagues at the Forum for the Future and The Co-operative introduce the idea of “cooperative capitalism” as a way to reboot the sustainable economy. In 2011, The Co-operative established a website under the banner “Join the Revolution”, that seeks to inspire young people to change their world.

All of these activities form part of a global movement that has been given impetus with the United Nations designation of 2012 as the International Year of Co-operatives. The goal is to raise public awareness of the invaluable contributions of cooperative enterprises to poverty reduction, employment generation and social integration. Further, in 2012 the UN hopes to highlight the strengths of the cooperative business model as an alternative means of doing business and furthering socioeconomic development.

So what are cooperatives? They are business enterprises owned and controlled by the very members that they serve. This means that decisions made in cooperatives are usually made by balancing the pursuit of profit, and the needs and interests of members and their communities.

Learning from our history

Cooperatives have been around for centuries with some of the earliest found in Europe in the 1700s. Now, while cooperatives normally relate to some kind of business venture, a similar type of arrangement can be found in relation to land management and ownership, such as certain systems of community-based land use in different parts of the world like Mexico’s ejidos.

In Japan, as explained by Anne McDonald of the UNU Institute of Advanced Studies in the video brief that accompanies this article, there was a practice called iriai that dates back to the thirteenth century. This saw villagers exerting communal control over a forest. Using this approach, as documented in Conrad Totman’s 1998 book The Green Archipelago, the villagers would determine who within the village and from outside had what usage rights to which areas and under what conditions. 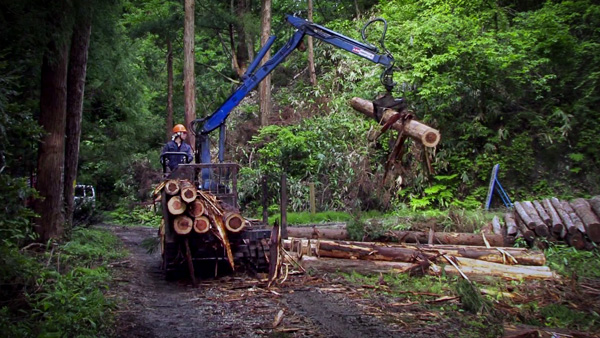 According to Totman, “they obviously found communal management effective for excluding outside competitors, regulating allocation to insiders, and preventing abuses that might precipitate erosion, wildfire, or other damaging outcomes”. That sounds very much like sustainable development.

So curiously, upgrading to the new global operating system, as suggested by Porritt and others, should include learning from history and applying what has worked in the past over a prolonged period of time. Totman refers, for instance, to an agreement in 1448 where villagers in Omi province decided to regulate the cutting of trees without authorization.

The point to recognize with respect to these iriai (community controlled lands) was that the actual ownership was not shared, but was held by separate households. Essentially, these households agreed to a mutually beneficial management arrangement.

With Japan’s ‘iriai’ system, the actual land ownership was held by separate households, but these households agreed to a mutually beneficial management arrangement.

McDonald, points out that this may be the antecedent to the emergence of forest cooperatives. In the case of the Kaga Shinrin Kumiai (translated as the Kaga Forest Cooperative Association), we see in the video that due to the declining number of foresters, it made sense for those still operating to work together through the cooperative. In this way, they could pool their resources and expertise, but at the same time they were able to implement sustainable management practices and eventually gain certification from the Forest Stewardship Council.

The aim of this certification is to ensure that the products labelled uphold principles and criteria that “bring the highest social and environmental benefits”. These principles include legal compliance, clear tenure, use rights and responsibilities, respecting indigenous peoples’ rights, good community relations and respect for worker’s rights, minimizing environmental impacts and developing an effective management plan. 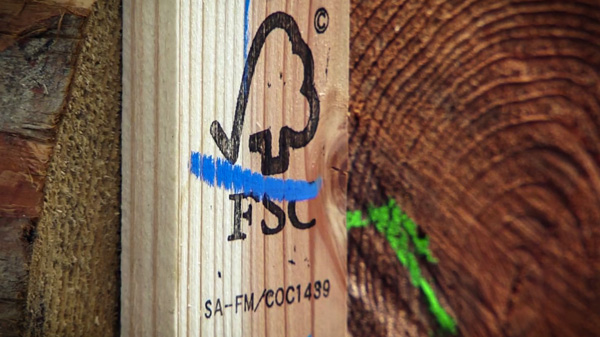 As Kouzuo Arikawa, President of the Kaga Forest Cooperative Association, points out there are now 6,600 members from 192 communities. If they had to rely only on the 30 association staff members it would have been impossible to effectively manage the forests or even dream of achieving certification. But by calling upon representatives from all 192 communities, it is possible for each to take charge of managing a specific area.

By working together as a cooperative and by being able to achieve FSC certification they have moved from a situation where, according to Arikawa, they were only driven by profits, to consider other important facts such as how to manage the forest in “coexistence with plants and animals”.

A new operating system based on tradition

As McDonald points out, Japan’s feudal traditions of community-based management are still a part of modern practice. At the same time, Arikawa argues that the younger generations have become disconnected from the mountains and the forests, and the forestry cooperative needs to step in to fill this gap and to manage the forest. But perhaps the Kaga Forest Cooperative Association could “join the revolution” and look to inspiring the young people of Ishikawa to try to change their world, as we find The Co-operative trying to do in the UK.

It is not clear, however, that the cooperatives of Japan see their role in the same way that Porritt might. Perhaps they see themselves as upholding traditions, rather than as a means to “re-boot a sustainable economy”.

In responding to the pressing global issues facing us today, it is clear that we can either ‘strive together’ or we are will very likely ‘fall together’. The choice is pretty stark.

What we need in order to move towards a sustainable economy is greater emphasis on cooperation over competition. Moreover, Porritt argues that there is a “vast body of academic work which demonstrates that cooperation has been at least as important to the evolutionary success of humankind as competition — if not more so”. Yet somehow our approach to business became fixated upon the “survival of the fittest” competitive mode that underpins the current incarnation of capitalism, rather than the cooperative mode. He also argues that “Darwin himself wrote eloquently of the importance of cooperative behaviour among different species”. 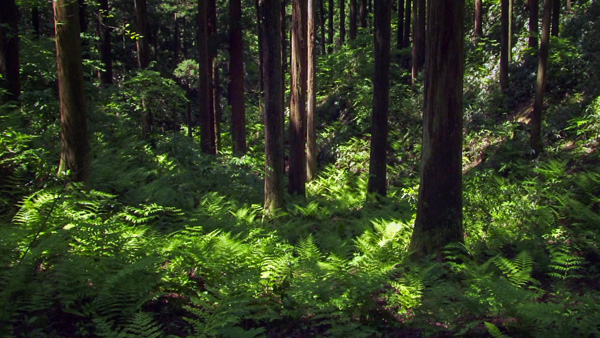 Further, Porritt gets to the heart of the matter when he looks at the Latin roots of the word competition — competare — and explains that it does not “mean destroying everything and everyone that stands in your way. It means ‘to strive together’”.

In responding to the pressing global issues facing us today, it is clear that we can either ‘strive together’ or we are will very likely ‘fall together’. The choice is pretty stark. We have already argued in Our World 2.0 that business as usual is not the answer — a thought reflected by some of the world’s business leaders like Richard Branson, Chairman of Virgin.

So as we try to move beyond business as usual, we can and should look at cooperative models. Luckily, there are already 1.4 million cooperatives across the globe today. What this illustrates is that there already exist strong foundations for cooperative capitalism upon which we can build. These cooperatives show that it is possible to run businesses that are equally focused on being economically viable, environmentally sustainable and socially responsible.

The Roots of Cooperative Capitalism Run Deep in Japan by Brendan Barrett is licensed under a Creative Commons Attribution-NonCommercial-ShareAlike 3.0 Unported License.

Brendan worked with the United Nations in Japan between 1995 and 2015, with the UN Environment Programme and the United Nations University (UNU). At UNU he was the Head of Online Learning and Head of Communications where he oversaw the development of interactive websites and video documentaries on complex social and environmental concerns. As a result, Brendan has extensive experience in science communications and launched the Our World web magazine in 2008.