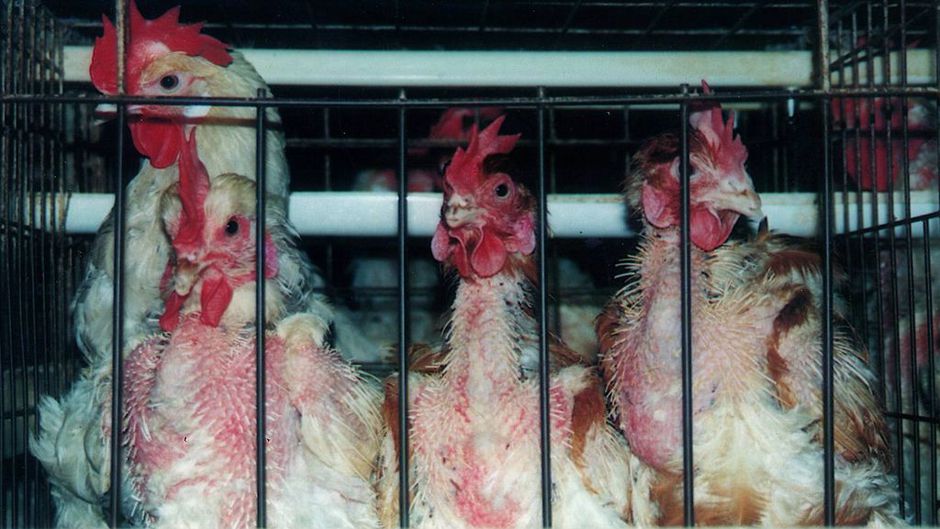 There are two sides to every story. But in some cases, society must admit that only one is right.

The CAFO Reader: The Tragedy of Industrial Animal Factories delivers a most compelling collection of essays that argue emphatically for CAFOs to be “put out to pasture”.

CAFO stands for Concentrated Animal Feedlot Operation — in broad terms, a rather sanitised descriptor to define the modern industrial livestock business. Here, animals live in tightly confined spaces surrounded by their own faeces, are fed excessive amounts of unnatural feed and receive copious amounts of drugs to keep them alive and uncontaminated. In numerical terms, CAFO refers to a variety of feeding facilities with a minimum number of animals — e.g., at least 700 dairy cows or 82,000 laying hens.

In The CAFO Reader, editor Daniel Imhoff brings together 30contributors, including high profile food writers like Michael Pollan and Eric Schlosser, as well as chefs, farmers, environmental and social scientists and literary figures like Wendell Berry.

Collectively, they identify the myriad environmental, social, health, economic and ethical problems of a system that is slowly but steadily replacing the traditional animal husbandry of the last 12,000 years. These problems are numerous and the facts at times unbelievable. Readers may find that the statistics, which seem shocking at the start of the book, seem predictable by the end of the book as they all blur into one huge mess. The book identifies the following shocking figures (note that these refer to the United States only, although this is becoming a global problem):

In the dead zone

Let’s take a look at just one problem referenced in CAFO by asking a simple question:

What is the largest environmental catastrophe in the Gulf of Mexico? Most people would probably say the BP oil spill.

However, of far greater scope in terms of geographical area is what is known as the ‘dead zone’. This 8,000-square-mile (note the dead zone’s size varies year on year) “oxygen-starved” area “smothers sea life”, according to Imhoff, writing in a chapter entitled Myth: Industrial Food Benefits the Environment and Wildlife.

CAFOs, which demand huge amounts of industrial livestock feed, most notably corn and soybeans, are commonly held responsible for fertiliser-induced nutrient runoff that flows down the Mississippi River and into the Gulf of Mexico. It is something that the US’s leading scientists are concerned about. (You can explore this website for a good visual explanation of what the dead zone is and how it has been caused).

The key point Imhoff and others in the book make when citing the dead zone and other calamities is that the impacts of CAFOs are not only emblematic of the world’s ever-increasing livestock sector generally (e.g., land degradation and greenhouse gas emissions), but of modern industrial agriculture as a whole. Huge subsidies to industrial monocultures, river, land and air pollution, reliance on fossil fuels (oil, natural gas and coal)  for pesticides, herbicides, fertilisers, storage  and transport, and record obesity and diabetes levels are symptoms of the same problem — an unsustainable agricultural system that over-relies on technology and ignores damage being done to biotic and human ecosystems.

While the US is the epicentre of this shame, it is becoming a global problem as evidenced by the dead zones identified worldwide, much of them linked to the livestock sector.

The ideological basis of polemics like The CAFO Reader should be scrutinized heavily. But this is no monotonic anti-capitalistic-hippie-vegetarian-greenie crusade that can be easily thus labelled and demonised. What makes The CAFO Reader so convincing is the diversity of contributors writing from all walks of life and from all political persuasions.

Conservative and former speechwriter for George W. Bush, Matthew Scully is as scathing of CAFO practices as anyone and has even received support for his writings from animal liberation groups like PETA. Scully writes:

“Factory farming is a predatory enterprise, absorbing profit and externalizing costs, unnaturally propped up by political influence and government subsidies much as factory-farmed animals are unnaturally sustained by hormones and antibiotics.”

[quote quote=”Industrial agriculture is one of the top four things for which future generations will condemn us.” author=”Philosopher Kwame Anthony Appiah, professor at Princeton University”]

Contributors to The CAFO Reader form a chorus of moral outrage against a system that they view as unfair, unjust and unhealthy to animals, humans and, in fact, all living creatures. After all, it is not only questions of economics and the environment but also ethical questions that define society’s current generation and, furthermore, influence coming generations.

Recently, prominent British-American philosopher Kwame Anthony Appiah, a professor at Princeton University, even included industrial agriculture in a list of the top four things for which future generations will condemn us.

The other side of the story

But does this mean that there are not benefits to industrial livestock farming? There must surely be rational reasons why the US, and increasingly other countries, are pursuing this model of production?

One of the advantages of the vertical integration approach (where one or related companies control all stages of the supply chain) of CAFOs is that protein can be produced cheaply. Industry supporters argue that economies of scale lead to lower food prices which benefit low-income families in particular. Another argument is that CAFOs attract economic development and sustain rural communities through employment.

The CAFO Reader systematically attempts to debunk the claimed benefits of CAFOs one by one in the second part of the book — Myths of the CAFO. Food can be cheaper, if it does not include the real cost to the environment and society of pollution, poor workplace conditions and health bills down the track; CAFOs decimate some rural communities while providing low paid jobs in others, often to easily-exploitable migrant workers. If these essays don’t convince you, subsequent chapters on the ‘assault on nature’ (by ecologist George Wuerthner) and the ‘loss of family farms’ (by grist.org food editor Tony Philpott) surely will.

So how could such a seemingly bad idea have taken hold in a society that supposedly has open discussion? The obvious political explanation is that industrial agricultural corporations wield disproportionate power in American legislative and executive bodies over farmers, environmentalists and animal rights activists. In Part 4 of this interview series by a food issues show,  Imhoff claims that a total of US$100 million is spent annually lobbying the US Congress for the $90 billion a year US Farm Bill that subsidies big agriculture.

Can CAFOs be put out to pasture?

Progressive legislative changes like those made in the European Union — to phase out layer battery cages for hens (small stacked wire cages that contain several birds) and gestation crates (pens so small the animals can’t even turn around) in which female pigs spend nearly their entire lives  — look unlikely in the US for now. Yet despite the foothold that CAFOs have in the American political, economic and cultural landscape, the book provides faint hope that the intertwined human, animal and environmental tragedies can be addressed in a future era where cheap energy is not so abundant.

Progressive legislative changes like those made in the European Union look unlikely in the US for now.

For the meat or dairy-eating reader for now, the inevitable question arises, what should one do? Putting aside, for the moment, complex moral questions about eating meat in general, the advice is clear: “vote with your fork”. Support local farmers who produce high-quality sustainably produced meat from healthy and happy animals. More importantly, ask your family, friends, food providers and local restauranteurs where they get their meat from. In short, demand good quality meat, albeit not too much of it.

The list of web resources at the back of the book is particularly useful. It includes a glossary of all the key CAFO terms (jargon that is perhaps an indication of how technical and removed from reality this production model is) and contact information on around 50 further organisations involved in the campaign against CAFOs. For our international audience, the one disadvantage is that as it is a US-focused book, you will have to search beyond this book for organisations in your own countries (although it could be positive that fewer organisations exist, given that other countries have not marched as far down the CAFO path).

Without doubt, The CAFO Reader is greater than the sum of its convincing parts. Those familiar with the perils of industrial farming will find it a rewarding, albeit repetitive read. Those with only a passing interest in the subject will, like some of the contributors, have their views on the absolute and relative importance of CAFOs profoundly altered.

There are dozens of quotable bits from this book to choose from but we’ll leave the last word for this article to editor Imhoff:

“Our pursuit of healthy food and agriculture can be a unifying and positive force if we make the connection that each time we caste a vote with our forks — with our buying decisions and our ballots — we send out a profound signal about the type of world we want to live in.”

The CAFO Reader: The Tragedy of Industrial Animal Factories edited by Daniel Imhoff is available worldwide from the University of California Press.

The Shame of Concentrated Animal Feedlots by Mark Notaras is licensed under a Creative Commons Attribution-NonCommercial-ShareAlike 3.0 Unported License.