The Story of Solutions: Better, Not More 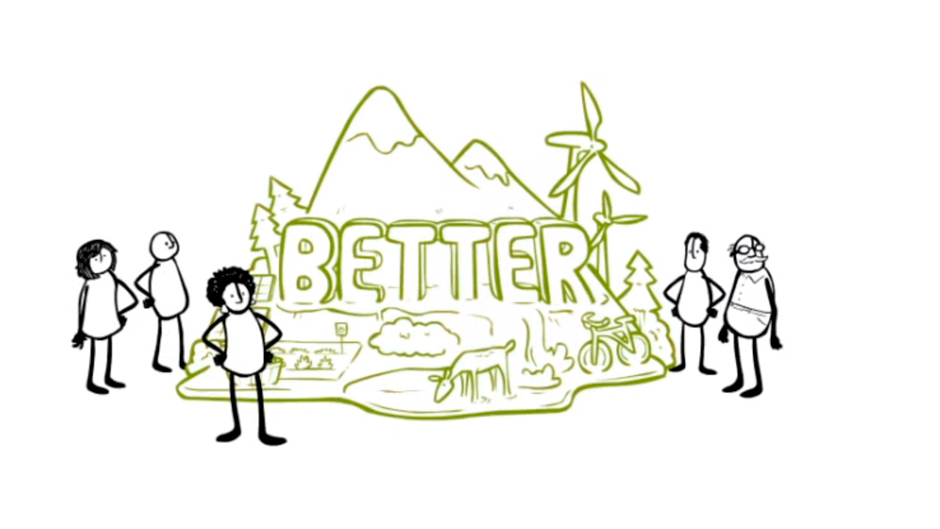 In an ad for a major phone company blanketing TV in the United States this year, a circle of doe-eyed children is asked: “Who thinks more is better than less?”An eager kindergarten-aged child answers, “We want more, we want more,” before the commercial voice intones, “It’s not complicated…”

When it comes to our economy, most Americans also believe that more is always better. More, in this case, is what economists call growth, and we’re told that a bigger GDP — the way we measure economic activity — means we’re winning. So it’s the number that thousands of rules and laws are designed to increase.
After all, what kind of loser wouldn’t want more?

In what I call the “Game of More,” politicians cheer a steadily growing economy at the same time as our health indicators are worsening, income inequality is growing, and polar icecaps are melting.

But what if we changed the point of the game? What if the goal of our economy wasn’t more, but better — better health, better jobs and a better chance to survive on the planet? Shouldn’t that be what winning means?

That’s the question I ask in my new movie, “The Story of Solutions.”

In it, I acknowledge that changing the goal of the entire economy — from more to better — is a huge task. We can’t do it all at once. But I argue that by focusing on game-changing solutions, we can steadily build an economy that values things like safer, healthier, and more fair as much as we currently value faster, cheaper, and newer.

It’s a solution that gives people more power by taking power back from corporations. It values the truth that happiness and well-being don’t come from buying more stuff, but from our communities, our health, and our sense of purpose. It accounts for all the costs it creates, including the toll it takes on people and the planet — in other words it internalizes costs instead of externalizing them as most businesses do today. And it lessens the enormous wealth gap between those who can’t even meet their basic needs and those who consume way more than their fair share.

When I see a solution that does all that, I’m in. And they’re popping up everywhere:

• Like the Evergreen Cooperatives in Cleveland, where worker-owners are running green businesses — a laundry, a solar company, and a super productive urban farm — that are healthy, safe and democratically run.

• Or in Capannori, Italy, a so-called Zero Waste town where local citizens, businesses, and government aren’t just aiming to manage waste better, they’re questioning the very inevitability of waste by working together as a community to reclaim compost for the soil, to find reusable substitutes for disposable products, and put discarded material to good use.

• And how about the new trend of “collaborative consumption” — formerly known as sharing? Sharing may sound like the theme of a Barney song, but it’s a huge challenge to the old game. Things like bikeshare programs and online platforms that let us share everything from our cars to our homes get us off the treadmill of more, more, more, conserve resources, give people access to stuff they otherwise couldn’t afford, and build community. Nice!

Like I said, it’s hard to change the goal of the economy all at once. But as transformational solutions like these gain traction, I think we’ll reach a tipping point—if we keep focused on the new goal of better. I believe that within a generation it’s possible we’ll be hearing way less about the share price of the latest start-up or the battery life of the latest iPhone and way more about the health of our planet and neighbours.
So next time you hear someone preaching the virtues of more, tell them you choose better.

The Story of Solutions by Annie Leonard is licensed under a Creative Commons Attribution-NonCommercial-ShareAlike 3.0 Unported License.
Based on a work at http://www.yesmagazine.org/people-power/from-more-to-better.

The Story of Stuff Project

Annie Leonard is the author of The Story of Stuff and the director of the Story of Stuff Project. She has dedicated nearly two decades to investigating and organizing on environmental health and justice issues. Prior to creating and releasing The Story of Stuff in December 2007, she worked with the Funders Workgroup for Sustainable Production and Consumption, GAIA (Global Alliance for Incinerator Alternatives), Health Care Without Harm, Essential Action and Greenpeace International. She currently serves on the boards of GAIA and Public Citizen and has previously served on the boards of the Public Citizen, Grassroots Recycling Network, Environmental Health Fund, Global Greengrants India and Greenpeace India.

The Story of Change