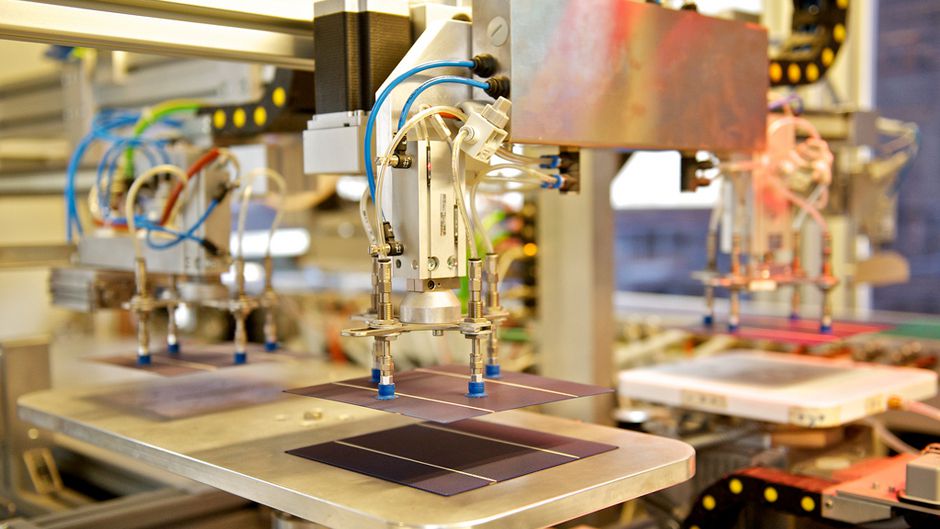 Two senior Google engineers have written a confusing article explaining what they learned after Google stopped its advanced research and development effort into renewable energy technologies in 2011.

The answer they offer — that their effort was not on track to deliver renewable research and development (R&D) breakthroughs that by themselves would reverse climate change — has always been obvious and thus makes very little sense as a reason for giving up on such an important effort, as we will see.

More likely, Google saw renewable energy prices coming down so quickly as global deployment accelerated that they realized their chances to make money in the R&D arena were much smaller than they thought. And they clearly understood that the real action in advancing renewable energy was in deployment, which Google continued to fund at a far greater level than they ever invested in R&D.

The all-too-predictable result of the Google engineer’s confusing explanation was an article on Fox News with the headline, “Google engineers say renewable energy won’t solve climate change.” But that isn’t quite what Google concluded, although Fox News is, unsurprisingly, able to find an anti-science disinformer who thinks it is.

In their IEEE Spectrum article, the engineers explain that in 2007, Google launched the initiative “RE<C” which “aimed to develop renewable energy sources that would generate electricity more cheaply than coal-fired power plants do.” The term RE<C stands for “Renewable Energy Cheaper Than Coal.”

Now you might think RE<C was, sensibly, aimed at developing renewable sources that were cheaper than new coal-fired power plants — a worthwhile goal in 2007 and in 2011 and even now. Yes, we are rapidly approaching this goal and have achieved it in some parts of the world. Indeed, two months ago IEEE spectrum published an article explaining “Large wind and solar power farms have the economics to go toe-to-toe with the cheapest fossil fuel-based power supplies in the United States according to the venerable financial advisory firm Lazard Ltd.”

But it’s fair to say the entire technology and policy world believes continued R&D into renewables is valuable since anything that brings their cost down will bring down the overall cost of avoiding catastrophic climate change. Another plausible goal is competitive “dispatchable” renewable energy, “which can be ramped up and down quickly,” as the Google engineers put it (as opposed to only being usable when the sun shines or the wind blows). This might be solar or wind with some storage capability.

But apparently, Google’s goal was aimed at developing renewable sources that were simultaneously cheaper than existing coal-fired power plants — and dispatchable, too! Although Google’s RE<C website and 2007 news release don’t clarify the matter, the Google engineers say they were focused on research into “how a new energy technology could perform … a lot more cheaply than an existing coal-fired power plant already does.”

I point this out mainly because the goal of getting a new carbon-free energy technology to market at a price significantly cheaper than existing coal power … is widely believed to be impossible in a timescale that would matter to humanity. Back in the mid-1990s, I helped run what was then the largest R&D program in the world for developing carbon-free energy technology at the Department of Energy. I never met anyone there or in the past two decades with any actual R&D experience who ever thought such a goal was either plausible — or necessary.

After all, if you have already bought and paid for a coal plant (or indeed any fossil fuel plant), the cost of operation is mostly the cost of extracting and delivering fossil fuels. How precisely could some new carbon-free power plant built entirely from scratch possibly be as cheap as that, let alone be “vastly lower” in cost (let alone be both cheaper and dispatchable)? Answer: It probably couldn’t — certainly not in the short 4-year window Google gave the effort.

That is why pretty much every serious technology and policy analyst in the world has written that if your goal is to avoid catastrophic warming, you need some price on carbon or some regulatory policy that helps speed the shut down of coal plants before the end of their theoretical lifetime.

No doubt that is why China — who has been doing as much renewable energy R&D and deployment as anyone in the world in recent years — has committed to shut down lots of its coal plants in order to meet climate and clean air targets (as I discussed here). They know that as important as R&D is, it can’t shut down fossil fuel plants fast enough to matter.

But the Google engineers say they abandoned RE<C because of analysis they did showing that even if they succeeded in this virtually impossible task, it still wouldn’t have reversed climate change

“Those calculations cast our work at Google’s RE<C program in a sobering new light. Suppose for a moment that it had achieved the most extraordinary success possible, and that we had found cheap renewable energy technologies that could gradually replace all the world’s coal plants — a situation roughly equivalent to the energy innovation study’s best-case scenario. Even if that dream had come to pass, it still wouldn’t have solved climate change. This realization was frankly shocking: Not only had RE<C failed to reach its goal of creating energy cheaper than coal, but that goal had not been ambitious enough to reverse climate change.”

Horsefeathers. It is more shocking that Google could possibly find it at all shocking that their goal of saving the world through breakthrough technology alone didn’t make any sense. The fact is we already have the technology (either on the market or in the development pipeline) as Princeton Profs Socolow and Pacala explained a decade ago in a 2004 paper in Science, “Stabilization Wedges: Solving the Climate Problem for the Next 50 Years with Current Technologies.”

But, of course, humanity has delayed acting for so long that we now need climate policy to simultaneously speed the deployment of even the most cost-effective carbon free technology while shutting down existing fossil fuel plants. And although the Google engineers assert that policy can’t possibly act fast enough to save the planet, we can see from the recent actions of the United Stated, China, and the European Union that significant policy to speed carbon-free deployment while shuttering coal plants is indeed possible.

I explained the inadequacy of an R&D-only approach in 2007and 2008 and again at length in my 2009 post, “The breakthrough technology illusion,” as well as many subsequent posts. Independent climate/energy models show the same thing. It has been common knowledge for a long time.

And here’s something even stranger about the Google engineers’ explanation for why they gave up on renewable R&D:

“We decided to combine our energy innovation study’s best-case scenario results with Hansen’s climate model to see whether a 55 percent emission cut by 2050 would bring the world back below that 350-ppm threshold. Our calculations revealed otherwise. Even if every renewable energy technology advanced as quickly as imagined and they were all applied globally, atmospheric CO2 levels wouldn’t just remain above 350 ppm; they would continue to rise exponentially due to continued fossil fuel use. So our best-case scenario, which was based on our most optimistic forecasts for renewable energy, would still result in severe climate change, with all its dire consequences: shifting climatic zones, freshwater shortages, eroding coasts, and ocean acidification, among others. Our reckoning showed that reversing the trend would require both radical technological advances in cheap zero-carbon energy, as well as a method of extracting CO2 from the atmosphere and sequestering the carbon.”

More horsefeathers. Yes, if we were a truly rational society I think we would be trying to go back to 350 parts per million of CO2 in the air from our current level of 400 ppm.

But it is beyond ridiculous to think that such a goal could ever be achieved without very significant government policy — certainly James Hansen has never believed anything so absurd (which is why he always calls for a high and rising carbon tax). Indeed, I don’t think you could find a serious energy or climate expert who has ever suggested it would possibly make economic sense for the private sector to spend vast sums of money to suck billions of tons of CO2 out of the air and permanently bury them without something like a carbon price to cover the costs.

So in fact Google’s goal ALWAYS required policy — especially to the extent their goal was to reverse climate change back to 350 ppm. So again it make no sense for them to them to assert that they gave up on renewable energy R&D because they realized that — by itself and without policy — such R&D wouldn’t be enough. Their assertion that “To reverse climate change, our society requires something beyond today’s renewable energy technologies,” is not only not shocking, it is almost a tautology!

For the record, the world’s governments have embraced a target closer to 450 ppm. This too, certainly requires serious policy to achieve. Fortunately, we are seeing significant (though not significant enough) policy in countries representing most of the world’s carbon pollution.

Given the events of the past two decades, it is perfectly reasonable for Google or anyone else to be skeptical that the nations of the world will put in place sufficient policy to prevent catastrophic climate change. I’m skeptical, myself, though I know it is more than doable!

But such skepticism just makes the argument for more investment in R&D stronger, not weaker. Obviously, the cheaper it is to replace our fossil fuel-based energy system with a carbon free one — and it’s already remarkably cheap compared to inaction — the more likely we will do it fast enough to make a difference. As an important aside, the literature and recent experience makes clear that expanded deployment of renewables is probably more important to bringing down their cost than pure R&D is. Ideally, we’ll do both.

Bottom Line: It makes very little sense that Google stopped its renewable energy R&D effort in 2011 simply because, by itself, that effort wouldn’t have taken us back to 350 ppm, since that was obvious when they launched the effort in 2007. And so, as I said, that’s probably not why they did it. The fact that they continued to spend much more money on renewable energy deployment tells you all you need to know.

Note: I did contact one of the Google authors of the IEEE paper for comment, but he referred me to the Google press office, which did not reply to my queries. Here is what Google told Fox News:

“A Google spokesman told FoxNews.com that the paper simply says solar and wind won’t by themselves solve climate change, not that they were useless.”

“Additionally, he said that Google has invested $1.5 billion in solar, wind and other renewable energy [deployment projects].

“‘Renewable energy is a growing industry and critically important part of solving our future energy needs, particularly as its cost continues to decline. But we also need a multitude of approaches,’ the spokesman said in an emailed statement.”