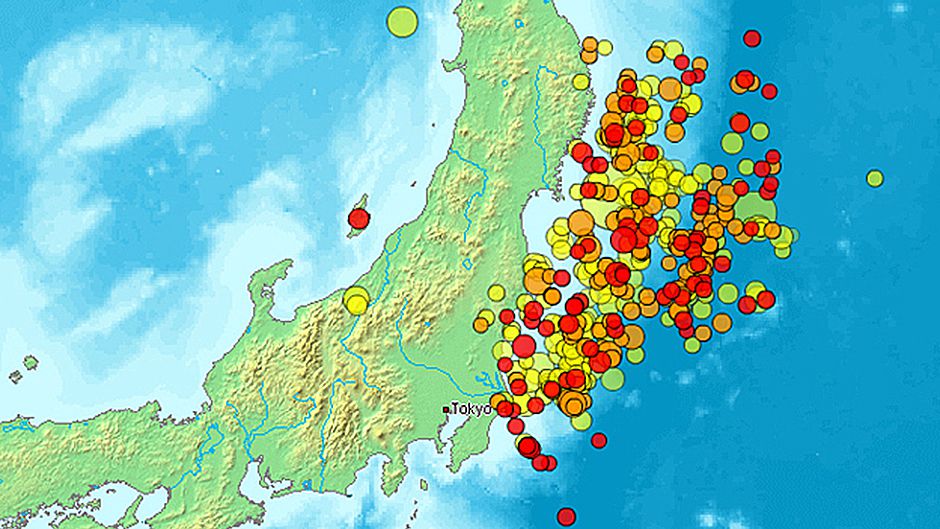 We would like to express our sincere condolences to all those who have lost family and friends in the earthquake and tsunami that struck the north east of Japan on Friday 11 March at 14:46 Japan Standard Time.

With the death toll rising and thousands missing, the full extent of this tragedy is still unfolding. Like the Indian Ocean Tsunami of 2004, it is a world-changing event that will affect the future course of development, this time in Japan. The country will take months, perhaps years to fully recover.

At this point, however, we would like to pause for a moment to show our respect for those people still struggling to cope with shortages of food, water, warmth and so many other things we take for granted. Take heart, support is on the way.

We would also like to express our sincere debt of gratitude to the first responders — the police, fire and ambulance services who always react to these disasters with speed and efficiency. Many of them lost their lives as the tsunami struck. We have seen photos on television and the Internet of over-turned police cars, ambulances and fire engines that were caught up in the tsunami.

Our thanks also go out to so many local government officials, medical services personnel and those people manning vital public services, including the evacuation centres. In some cases, there are no local officials left alive to respond to the desperate attempts from those outside the region who are trying to establish contact.

We are also greatly saddened by the tragic loss of lives of the people who lived along the coast, including many elderly who were unable to escape the tsunami in time. For those who escaped, they have lost their homes, villages and towns and face the prospect of life in evacuation centres, then perhaps temporary accommodation as the rebuilding efforts begin. Their way of life has been destroyed and they will have to start everything anew. It is hard to imagine how they feel.

We also would like to express our sincere gratitude to the personnel of the Japan Self Defence Force. Around 100,000 of them have been mobilized and are in the disaster zone, rescuing those still alive and taking care of the dead with honour and respect. Their work will continue in the days, weeks and months that follow. We praise their courage.

We offer our thanks to all the emergency rescue teams from countries near and far that have arrived in Japan to assist with search and rescue operations. It is heartening to see that rescue teams from China have come to Japan in the same way that Japanese rescue teams helped out in the aftermath of China’s Sichuan Earthquake in 2008. It is our hope that these rescue workers will find people still alive and bring them to safety.

Right now, many of us in Tokyo are watching events at the Fukushima nuclear power plants operated by the Tokyo Electric Power Company (TEPCO). We understand that the full ramifications of these accidents will take time to unfold. However, we express our grave concern for the plant workers and emergency personnel who are in harms way, with many affected by radiation and others injured in explosions, as they try to contain the problems and avoid the worst-case scenario.

We are also concerned about those people from Fukushima and other prefectures who have been evacuated from the local area, especially those contaminated by radiation. We are all awaiting further information on what these nuclear accidents mean for the region and how our lives will be affected.

The authorities have worked their utmost to cope with what Prime Minister Kan described as the  “the worst crisis” in the postwar history of Japan. It is clear that many officials have slept little since the earthquake. They are to be commended for their efforts and for each and every tough decision they have had to make.

The news media has also done its best to cover events and reassure the survivors, many of whom are traumatized.

Across the region, people are still struggling. Millions are without electricity, gas and water. From today, because of the short-fall caused by the nuclear accidents, planned electricity power cuts are being implemented to reduce the demand load across nine prefectures in the Kanto region. These may continue for weeks but they are a small price to pay for such a massive tragedy.

Even as we write this article, powerful aftershocks (such as the one at 10 a.m. JST of magnitude 6.2) are still occurring and shaking the offices of the United Nations University (UNU). Although the UNU Media Centre where Our World 2.0 is produced has been largely unaffected to date, other offices at higher levels in the UNU building were not so lucky and suffered minor damage.

Authorities have warned that there is a 70% chance of a magnitude 7 quake in the next three days, while moderately large aftershocks are occurring every couple of hours. On that basis, we expect there will be some disruptions to our work over the foreseeable future and we ask for your understanding until our normal publishing schedule can resume.

For many in the region, life and work continues as near normal as possible. People are catching the daily train as usual, working in their offices, factories and shops, and picking up our kids from school. For others however, power cuts have disrupted train lines, petrol rationing is taking place and various food stuffs have sold out in the supermarkets, or have been redirected to help the survivors.

As others have done before us, we want to express our support for the people of Japan in this difficult time. We are full of admiration for all our friends in Japan and those affected by disasters around the world, many of whom reside in countries where media coverage is not so comprehensive. All of them will be in our hearts and thoughts forever.

The Tragic Tohoku-kanto Earthquake and Tsunami by Brendan Barrett is licensed under a Creative Commons Attribution-NonCommercial-ShareAlike 3.0 Unported License.