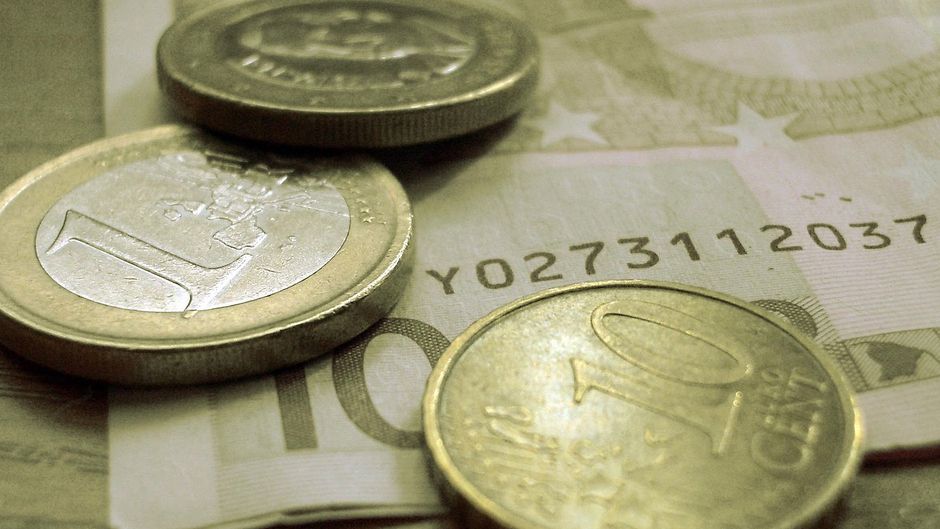 More than 200 researchers and policymakers came together in Helsinki in mid-May to celebrate the 25th anniversary of United Nations University World Institute for Development Economics Research (UNU-WIDER), as well as to discuss the ‘Triple Crisis’ of finance, food and climate change and its implications for poverty, inequality and human development. Energetic debate, from a wide range of perspectives, took place over 13–15 May.

This is at a time when the global economy is passing through a period of profound change. How to interpret that change, and what it means for the next 25 years of UNU-WIDER research and training, was central to the Triple Crisis conference. How economics as a discipline refocuses itself on the really important dangers facing humanity was also an issue that ran throughout the three days of debate.

The immediate concern is the global financial crisis, which has reverberated across the world for the last two years — with commentary switching regularly between optimism and pessimism. While the crisis originated in the under-regulated financial systems of the North, it hit the South. And while the South has performed better than initially expected — helped by continued growth in the emerging economies — the financial crisis has placed a major strain on the fiscal position of the world’s richer countries. At some point, the massive dose of Keynesian medicine that rich countries put in place after the onset of the financial crisis will be reversed, and we do not know how the global economy will respond to this tightening of fiscal and monetary policy after their unprecedented easing.

No country, rich or poor, is unaffected by contagion across financial markets.

The UNU-WIDER conference saw much debate on what the developing world should do next to offset likely future shocks.

This is in a world where developing countries have had to self-insure — through the accumulation of large foreign-exchange reserves — given the continuing weaknesses in the international support available to meet shocks. There has not been a repeat of past currency crises in the South, which generally entered the global economic slowdown in better shape than before. Africa, especially, has gained some room to manoeuvre after its hard-won battles to build policy capacity, although the region remains much too dependent on the fortunes of world commodity markets.

No country, rich or poor, is unaffected by contagion across financial markets, and the UNU-WIDER conference took place amidst much turbulence in the euro-zone — reinforcing the message that the global economy is not yet ‘post-crisis’.

Simultaneously, climate change remains unchecked. NASA is predicting that climate change and  the El Niño system will make 2010 the warmest year on record. The global economic slowdown took a bite out of greenhouse gas emissions, but too little action came out of the UN climate change conference (COP15) in December 2009. Climate is therefore the second, but most far-reaching, crisis.

The present global growth model is environmentally unsustainable, and the UNU-WIDER conference saw much discussion of how to reform it. The poor are the main victims of environmental stress and, with unchecked climate change being an increasing driver of poverty in future years, the international system must radically step up its help to developing countries for adaption and mitigation. But to get the right investments and policies in place, we need to know much more about the country level and regional impacts of drought and flood. This was a key issue in the discussion at the UNU-WIDER conference of the research challenges for development economics inherent in climate change.

Underlying this crisis is a global failure to invest in sustainable energy research, especially in technologies suitable for poor countries.

Underlying this crisis is a global failure to invest in sustainable energy research, especially in technologies suitable for poor countries. While this has begun to grow again after decades of decline, massive public and private investments are required. The financial crisis hit venture capital funding and public funds, but the world is neglecting energy investment at our peril. Underinvestment has left the world with a very narrow menu of non-fossil fuel energy sources.

Participants at the UNU-WIDER conference reminded us of how turbulence in the price and availability of energy have shocked the global economy before, and how energy waste underlies the unsustainable nature of the present global growth path. These issues can only intensify as the economies of the rich world move towards recovery, leading to more pressure on fossil fuel sources — a competition for energy that is also a creator of conflict.

The third dimension of the Triple Crisis, and certainly not the least, is that of malnutrition and hunger, which are on the rise again. The poor were hit hard by the fall-off in remittances and trade volumes that occurred at the start of the global recession.

With the increase in food demand that follows from rising prosperity in the emerging economies and the switch of more crop land to biofuels, the world — and especially the poor — will certainly confront more food-price shocks in the future.

Equally worrying has been the upward march of food prices in recent years, with a sharp spike in the price of basic staples over 2007-08 before falling back, somewhat, as global growth slowed. But with more than half the planet’s population now urbanized, the increase in food demand that follows from rising prosperity in the emerging economies and the switch of more crop land to biofuels, the world — and especially the poor — will certainly confront more food-price shocks in the future.

Surplus countries will wish to protect their domestic consumers first, and severe disruption to global food markets — upon which food-deficit countries depend — cannot be ruled out. UNU-WIDER’s 25th anniversary conference benefited greatly from the participation of national and international policymakers and researchers in seeking answers to this urgent policy challenge.

Social protection, especially, will need to be put in place in far more countries, and it must address the challenges of climate change and global economic shocks as well. There is much to be learnt from the experiences of countries, such as Brazil and Mexico, that have successfully stepped up social protection over the last decade. The immediate task is to get these lessons adopted in programmes for the poorer world, especially in Africa, where a combination of domestic finance (especially in the region’s resource-rich countries) and foreign aid, must be mobilized to fund social protection.

Foreign aid and the Triple Crisis

Over the past half century, the world of foreign aid has expanded to create a complex web of donors and recipients. This complexity has several dimensions: the number of bilateral and multilateral donors; the variety of old and new delivery mechanisms for aid funds; the multiplicity of objectives for aid; and the ‘transactions’ costs (in approval, implementation, and monitoring) for donors and recipients. At the same time, the effectiveness of aid is subject to intense scrutiny.

[quote quote=”The Triple Crisis is at the core of that bigger picture, along with its implications — and those of other threats—for peace and security, a key concern for the United Nations system.” type=”text” ]

We need to examine the bigger picture that sets the framework, but also the challenges, for foreign aid. The Triple Crisis is at the core of that bigger picture, along with its implications — and those of other threats—for peace and security, a key concern for the United Nations system. The role for aid, how to improve its impact, and how to mobilize more private capital, were debated throughout the three days of the UNU-WIDER conference.

Twenty-five years on from the commencement of UNU-WIDER’s operations, the need for thorough, rigorous, and policy-focused research and training is as pressing today as it was then. International governance remains under pressure from multiple crises. Our focus on the Triple Crisis does not imply that other issues are ignored — the task of improving human health and well-being, including tackling HIV/AIDS, remains urgent. So too, does the need to prevent and end conflict.

From UNU-WIDER’s home in Helsinki, and with the support of the host country and other donors, we have been able to build an international network of researchers and policymakers committed to delivering research and training that makes a difference. Our 25th anniversary conference celebrated that achievement, but it also reminded us of the daily fate of the many hundreds of millions of people, who continue to live in poverty. We must take on this challenge in a concerted and decisive way. Hard work lies ahead — in which we must all engage.

The issues discussed in this article are developed further in a working paper by Tony Addison, Channing Arndt and Finn Tarp, entitled The Triple Crisis and the Global Aid Architecture (Working Paper No. 2010/01, UNU-WIDER).

The Triple Crisis – Finance, Food and Climate Change by Finn Tarp and Tony Addison is licensed under a Creative Commons Attribution-NonCommercial-ShareAlike 3.0 Unported License.

Professor Finn Tarp is the Director of the UNU World Institute for Development Economics Research (UNU-WIDER) and also Professor of Development Economics at the University of Copenhagen. He has some 38 years of experience in academic and applied development economics research and teaching. His field experience covers more than 20 years of in-country work in 35 countries across Africa and the developing world more generally, including longer-term assignments in Swaziland, Mozambique, Zimbabwe and Vietnam.

On 20 November 2015 Her Majesty the Queen of Denmark awarded Finn Tarp with the Order of the Dannebrog.