The Ultimate Deal: US Presidents and the Allure of Peace in the Middle East 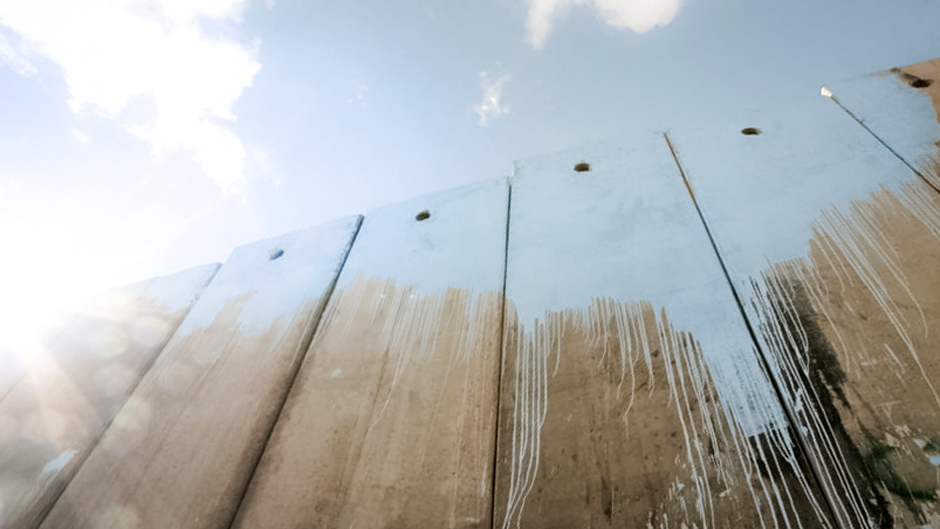 “A lot of people tell me, really great people tell me, that it’s impossible … I have reason to believe I can do it.” So boasted Donald Trump about nothing less than the resolution of the Israel-Palestine conflict as he prepared to take office late last year.

The language is blunt, but the pattern is familiar. A new US administration, and yet another bout of diplomacy in the Middle East underpinned by personal ambition and unrealistic assessments.

The Israel-Palestine issue is the graveyard of US peacemaking. Littered with previous political initiatives, resolutions, maps, and plans, the “peace process” is a long history of struggle and disappointment.

Indeed, the longevity of the conflict explains both the allure and the folly of high-profile peacemaking. It seems impossible to solve, and that is what’s so appealing about trying.

One state or two?

While recently hosting Israeli Prime Minister Benjamin Netanyahu, Trump made global headlines by declaring his openness to accepting either a two or one-state solution. Observers were quick to note that he had appeared to upend a long-held US position, but this conclusion is premature.

First, it’s possible that Trump’s statement was an attempt to increase his leverage and to maximise his flexibility in future negotiations. This would fit the pattern seen in his approach to the One China policy, where he questioned the status quo in an attempt to create bargaining chips.

Second, the language Trump used was ambiguous to the point of emptiness. Without stating a clear preference in either direction, he noted only that he was “happy with the one that both parties like”. Of course, if the parties to the conflict could find a solution they both liked, there would be no need for foreign intervention.

Indeed, a real risk is that the Trump administration intends to sidestep the peace process entirely and to focus on bolstering Israel instead. Trump hinted at a “much bigger” and “more important deal” involving Arab states and Israel, designed to hedge against Iranian influence in the region.

For American presidents, the Israeli-Palestinian conflict is both inescapable and incredibly difficult to navigate.

In the past, Arab states have made resolution of the Israeli-Palestinian conflict a condition for normalising their relationship with Israel. If that commitment were to be dropped, then Israel would be free to establish a web of bilateral economic and security arrangements with its neighbours. This would boost the Israeli economy and significantly improve its strategic position.

In theory, this might give Israel the confidence it needs to cede territory it controls back to the Palestinians. But by this stage, they would have little motivation to do so.

The Palestinians would have no regional allies, no control over their borders or access to revenue streams, and no leverage besides a return to violence. This would be met by further Israeli incursions into Gaza or the West Bank, and further restrictions on movement and access.

Worse than a one state solution would be if the Palestinian limbo were to be made permanent by a risk-averse Israel and a disinterested Trump administration.

Learning from past experience

Even if Trump intends to pursue a more traditional approach to resolving the conflict, based on agreed formulas and negotiations between the two sides, the challenges are immense.

Historically, the role of the US has been to act as a bridge between the parties, providing assistance and guarantees that allow them to move towards painful and politically costly compromises. This role requires sustained and deep engagement with the details of the conflict, and an acute understanding of the regional political dynamics that constrain both parties.

President George H W Bush hosted a regional forum to build progress towards bilateral negotiations, but lost his re-election bid to Clinton soon after. Clinton inherited and attempted to shepherd the Oslo process, but was ultimately thwarted by his own electoral clock and by his negotiating partners.

The violence that followed the breakdown of Oslo convinced President George W Bush that engagement was not worthwhile. When his position changed, he became consumed by efforts to remove Palestinian leader Yasser Arafat, and then by efforts to reform the Palestinian political realm. By the end of Bush’s presidency, the Israelis had withdrawn from Gaza, the Palestinians had become geographically and politically split between Gaza and the West Bank, and another round of negotiations had failed.

While fresh eyes may see new potential paths, the Israeli-Palestinian conflict is not a business deal.

Much of the Obama Presidency was sidetracked by violence in Gaza, efforts to re-start some semblance of negotiations between the parties, and an increasingly problematic US-Israeli relationship.

For American presidents, the Israeli-Palestinian conflict is both inescapable and incredibly difficult to navigate. No variable in the conflict remains constant. Leadership dynamics on all sides are constantly shifting, making the alignment of political interests incredibly fragile.

While President Trump and Prime Minister Netanyahu share the conservative side of the political spectrum, history demonstrates that this alone will not produce results.

The Trump administration has presented itself as anti-establishment and unorthodox. It has justified appointing individuals who lack direct experience with their portfolios by citing their business or other experience as equivalent.

As a result, the United States now has a president, a secretary of state (Rex Tillerson) and an ambassador to Israel (David Friedman) who all lack first-hand experience negotiating peace agreements.

While fresh eyes may see new potential paths, the Israeli-Palestinian conflict is not a business deal. It is an incredibly complex and historically rooted dispute between fractured and unstable parties. Even small symbolic signals can ignite violence and overreactions from sub-groups on both sides unwilling to consider the notion of negotiations, let alone compromise.

More often than not, novice peacemakers have repeated the mistakes of their predecessors and wasted valuable time, a commodity in short supply.

While there is no template for “solving” the Israeli-Palestinian conflict, several core issues are unavoidable.

Any peace initiative must find a way to address Palestinian political and geographic division, including years of violence and in-fighting. It must include a strategy for containing absolutists on both sides — including regional resistance — and insulate the political process from their efforts to spoil progress.

It must also address Israeli security and identity concerns, but also acknowledge and support Palestinian aspirations for independence and self-governance. The initiative must find a way to bolster leaders on both sides, satisfy diasporas and political lobbyists, divide assets, and engage with notions of justice and history.

I am not arguing that the Trump administration is doomed to fail. Predictions are a fool’s errand in this region. But leadership in the peace process requires a steady hand, attention to detail and a healthy dose of humility.

President Trump should be mindful of the many talented peacemakers that have preceded him, and advance with caution. This conflict is deeply fraught, and breaking new ground also carries a greater risk of spectacular failure.

To make matters worse, the allure of the ultimate deal can be blinding.

The Ultimate Deal: US Presidents and the Allure of Peace in the Middle East by Lee Schrader is licensed under a Creative Commons Attribution-NoDerivatives 4.0 International License. Permissions beyond the scope of this license may be available at The Conversation.

Lee Schrader is a Japan Society for the Promotion of Science (JSPS)-UNU Postdoctoral Research Fellow with the UNU Centre for Policy Research (UNU-CPR). He holds a PhD in Political Science from the Australian National University and a Master’s of International Politics from the University of Melbourne. His doctoral dissertation examined the role of third-party mediators within the context of the Middle East peace process from 2001–2011.