The UN in the Urban Anthropocene 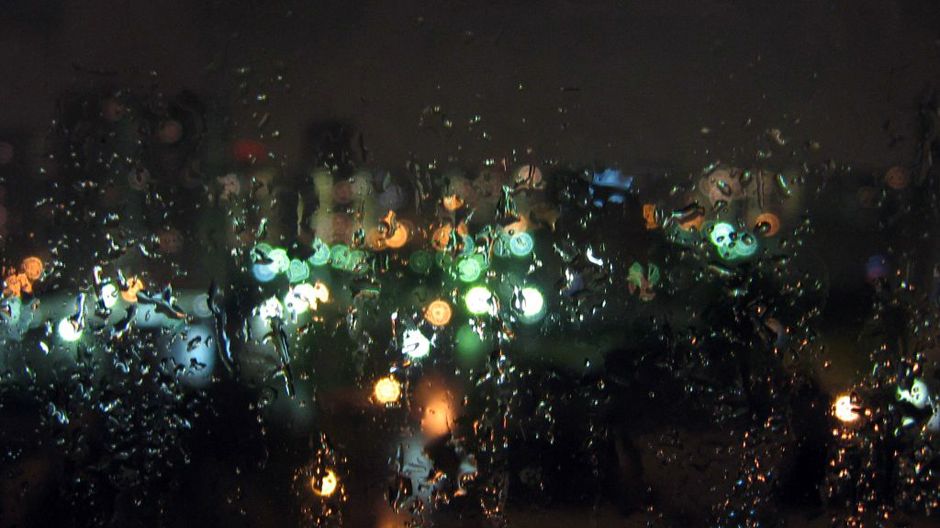 Today, we live in the ‘Urban Anthropocene’. This designation combines the global trend towards urbanisation and the term ‘Anthropocene’, which many ecologists are beginning to use to describe the current geologic age in which Homo sapiens have become the key structuring species that could determine, alone, the fate of Earth’s life forms. For better or worse, it has become clear that the way this strange species grows in number, and accelerates the cycles of nature to serve its own needs, will define whether the planet will evolve towards greater diversity and relative stability (a recurrent association in past human history), or towards significant loss of ecological balance (quite well-defined scientifically) and biodiversity as has happened a few times over the last 4 billion years.

Likewise, an ecologist would agree that this species is highly gregarious and, since 2007, its majority concentrates in sprawling and increasingly vertical settlements. These settlements consume natural goods and services such as food, water, temperature regulation and many others brought from increasingly distant places through the use of fossil fuels. However, urban agglomerations also foster innovation and creativity and can lead to economies of scale at an unprecedented level. The future of the Earth is defined by the future of urban settlements. Thus, what is the best way to try to govern the Urban Anthropocene? Is the present structure of the United Nations (UN) up to the task of helping its peoples in the governance challenges we face in the years ahead?

Certainly we need a globally legitimate organisation like the UN to support the coordination of global efforts. But this is not enough. Global efforts will have impacts on the ground only if we have good local governance in a significant number of localities. Thus, understanding the mechanisms governing urbanisation, arguably the largest human movement in history, is key to protecting the global environment and for building the appropriate global politics and governance systems.

Just as the UN needs to change to accommodate the new global “aid architecture” resulting from the enduring economic crisis and the increasing influence of  “BRICS+” countries (Brazil, Russia, India, China, and South Africa, expanded to include other emerging economies such as, but not limited to, Mexico, Turkey and Indonesia), it should also change and adapt to a world where “networked” local and subnational levels of action and governance are increasingly becoming determinants for success in sustainable development. Decision makers in cities are the nerve cells (in an organism), or the genetic replication/transcription systems (in cells) of human impact on land and nature at all scales.

We would also need to recognise that the governance of many of the relevant processes defining the path forward for our species reside in the interstices between many levels of governance, with emphasis on the urban level where most of us live. It won’t be hard to find recent official UN language with today’s accepted “sound bites”: national governments cannot walk the talk of sustainability alone; the creative energy of cities, and the process of urbanisation itself, are determining forces in our future. The recent movement for an entire Sustainable Development Goal on urban settlements is just the latest symptom of this necessity, as are statements like “the campaign for Life on Earth will be won, or lost, in cities”. Several of the Convention on Biological Diversity (CBD) Addis Ababa Principles and Guidelines for Sustainable Use of Biodiversity indicate that the decentralisation of governance should be compatible with mandates and capacity to address issues. Principle 1 speaks of the need for congruence between national and subnational levels of government; Principle 2 addresses the empowerment and accountability of local players; and Principle 7 refers to the need for coherence in governance levels and the scales of use and impact.

Is the UN doing enough to accommodate this clear trend? How creatively, urgently or constructively are players discussing such an essential issue? What are the main challenges for increased cooperation in the UN with subnational and local authorities? Well, in principle the answer is that there is increasing participation and awareness and that decentralisation of decisions and responsibilities is a global trend, independent of politics.

Still we dare say that the evolution towards a more realistic distribution of decisions and responsibilities is happening much quicker at national levels than at regional and/or global (i.e., UN) levels. And concretely, the current official UN representation of subnational and local governments is clear: there’s not much progress other than those parallel events such as the CBD’s City and Subnational Government Summits, informal discussion platforms, partnerships with associations or Plans of Action like the CBD’s. Some provocative local councillors we know would point to the need for something akin to “taxation with representation” in the UN.

In recent work, we have also become aware of the following points (not yet scientifically proven for all levels, but compiling evidence for this could be a decent enough challenge):

Those challenges are not easy. First, the sheer scale of coordination and capacity building tasks is daunting. There are around one million mayors (or heads of a local authority) and something like 50,000 governors, not to speak of various other public executive categories (relatively autonomous regions, counties, local-level associations, dependencies and territories, overseas islands, etc.), but only around 200 UN member States. Then, of course, even if such capacity could be fully supported, local/urban governance is a necessary, but insufficient condition for moving localities to more sustainable development. National governments would still hold important responsibilities in the constitution of many countries — and their own capacity to coordinate with thousands of local authorities is not assured.

Second, we are clearly as far from good governance at the local level as we are at a national scale, particularly in developing countries. We need to recognise that the UN has well-known challenges in governance and efficiency itself. Most of the agencies are underfunded (UN-HABITAT in particular) for their broad mandates. In fact, global governance through the UN is always limited by design: no national government wants the UN to step beyond their sovereignty, nor could they accept equal voting rights for subnational authorities responding to strict mandates at the national level. 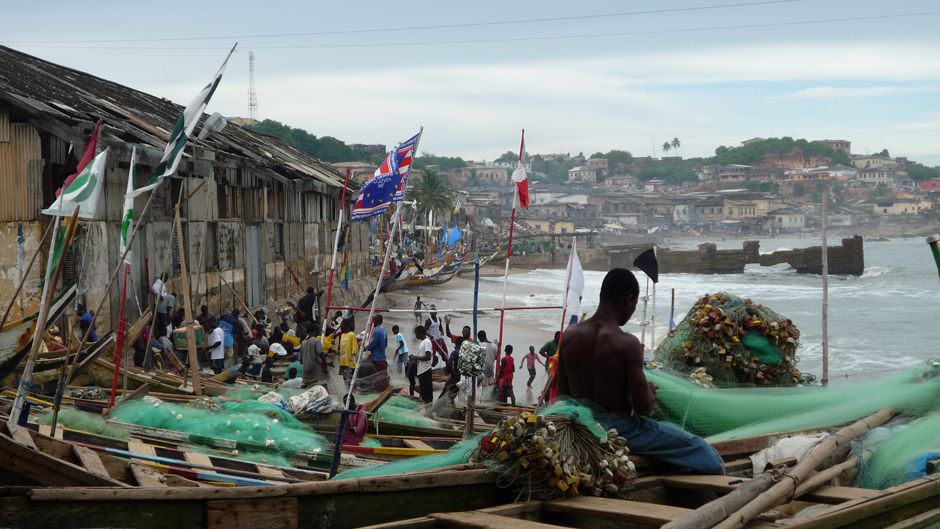 Furthermore, Brazil, for instance, has around 5,500 municipalities, yet arguably much less than a fifth are institutionally strong or viable to be financially independent with the present institutional arrangements. Even successful efforts like the CBD Global Partnership on Subnational and Local Action for Biodiversity, or Local Governments for Sustainability (ICLEI) and United Cities and Local Governments (UCLG) involve only a minority of local authorities, maybe even a few hundred or thousand — well under one percent of the whole.

On the other hand, the UN, just like all governments, is like that old Volkswagen Beetle some of us still have, at least in memory: it’s not perfect, may even have serious problems, but in general we know how to fix it and anyway it’s all we’ve got to travel on a long trip. So, improve it we should, and must.

What can be done?

The power of coordinated efforts, even if at a limited level, is overwhelming. Naturally, cities and states converge in the UN through two “kinds” of networks: coherent “coalitions of the willing”, engaged “locomotive” minorities proposing ways ahead and pilot projects (networks, ICLEI, etc.) and wider, more representative (and thus less focused) networks such as UCLG, who are more consultative and generally react when one or two issues impact most of the members enough to generate consensus for action.

By involving them more broadly and institutionally in the UN according to their mandate, we can advance on what we call a more decentralised (i.e., “polycentric”) approach. We can design parallel interfaces of negotiation. Different territories have different institutions in place that could be made more effective for the changes we want, but for that we need to couple our UN-level efforts with those of non-UN institutions that are already on the ground to support them in their efforts in the best way we can.

We could also focus on improving the spending effectiveness of international aid through increased substantive, if not financial, contributions of subnational and local governments including coordination with, and recognition of, the impressive amounts of decentralized cooperation already underway. Given that the UN’s reform will be slow and funding will never be enough to address all challenges, what innovative ideas can we propose for the likes of ICLEI (i.e., coalitions of leading and innovative local authorities on sustainable development issues) to break through the “international donors-national governments” limits more efficiently for the benefit of all?

We could go even further. In the late 1910s, organised labour and the “spectre that haunted Europe” (representing a growing power of employed consumers increasingly aware of their role as citizens) contributed to an innovative arrangement in the International Labour Organization, today a “tripartite” organisation in which labour and business are equally represented with national authorities. The World Tourism Organization has tourism businesses and their associations as associate members. How could we strengthen the relevant UN agencies (more strategy, planning and policy-focused like UN-HABITAT but also implementation-centered like the United Nations Environment Programme) institutionally, in their current cooperation levels with subnational players? How could we adapt and build on the still limited examples of subnational involvement in the CBD and the Ramsar Convention on Wetlands towards all of the world’s hundreds of multilateral environmental agreements?

Our perception is that if the member countries of the UN do not seize the opportunity and energy of involving subnational and local governments in global UN governance, parallel (and often not well coordinated) processes risk taking the limelight — a kind of “shadow UN” of subnational and local authorities. And we could do much better to avoid this, with benefits to all. We look forward to 2014, with the Twelfth Meeting of the Conference of the Parties to the CBD (COP 12) in the Republic of Korea and its summit of cities and subnational governments, and the Third United Nations Conference on Housing and Sustainable Urban Development (Habitat III) process. We look forward to a much stronger subnational component for the formulation and implementation of the UN’s Sustainable Development Goals, all to improve the governance of our Urban Anthropocene.

This article is based on a version that appeared on The Nature of Cities forum.

The UN in the Urban Anthropocene  by Oliver Hillel and Jose Antonio Puppim de Oliveira is licensed under a Creative Commons Attribution-NonCommercial-ShareAlike 4.0 International License.
Based on a work at The Nature of Cities forum.

Programme OfficerSecretariat of the Convention on Biological Diversity

Oliver Hillel has been a Programme Officer at the Secretariat of the Convention on Biological Diversity (SCBD, administered by the United Nations Environment Programme) in Montreal, Canada, for the last 6 years. He is responsible for the issues of South-South cooperation, sub-national implementation (involvement of States, Regions and cities), Sustainable Tourism, and Island Biodiversity.