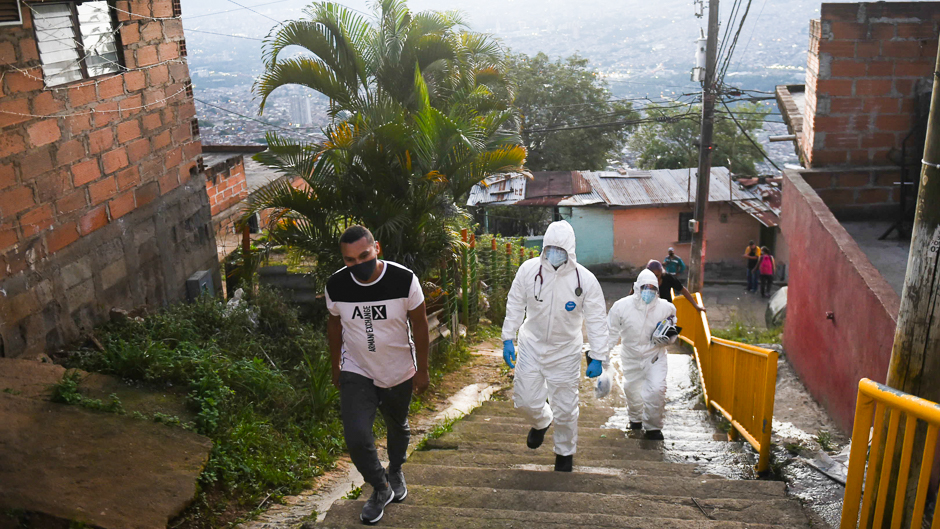 COVID-19 has pushed political and health leaders to consider transforming global health governance on pandemics. The proposal for a pandemic treaty is one of the most prominent reform ideas. Several heads of government and international institutions — as well as independent reports, nongovernmental organizations, and academics — support the negotiation of a pandemic treaty. The proposal has also provoked criticism and interest in developing a non-binding instrument or revising the International Health Regulations (2005) (IHR).

This decision means the debate about a pandemic treaty will continue before the INB’s first meeting in March 2022. The debate has legal, health, and political components that give it a ‘glass half full/glass half empty’ quality. How the INB resolves the treaty question will be consequential, especially for hundreds of millions of people in low- and middle-income countries (LMICs) who are too often marginalized in the making and reshaping of the architecture of global health governance.

A Glass Half Full

COVID-19 has prompted many global health experts to argue that the WHO should embrace the ambitious definition of health in its constitution and fulfill its mandate as the “directing and coordinating authority” on international health by adopting a pandemic treaty. The WHO has the constitutional power to create treaty law as well as non-binding instruments and recommendations. WHO members have negotiated binding agreements, including the IHR and the Framework Convention on Tobacco Control, and non-binding instruments, such as the Pandemic Influenza Preparedness Framework and the Global Code of Practice on the International Recruitment of Health Personnel.

For the Independent Panel for Pandemic Preparedness and Response and allied treaty proponents, the pandemic’s severity highlights the failure of existing global health governance mechanisms, including the IHR. The COVID-19 catastrophe provides an unprecedented justification for the WHO to exercise its power to make treaties.

But this power and this pandemic only partially fill the glass. Over its seventy years, the WHO has proved reluctant to create binding legal instruments, especially compared to other international organizations. The outcomes of the WHA meeting in May and special session in December reflect this historical pattern. This “treaty phobia” arises from different sources. The WHO’s commitment to scientific, public health, and medical strategies has, some believe, dampened its interest in international law. However, WHO Director-General Tedros Adhanom Ghebreyesus has supported the pandemic treaty proposal. Organizational resistance is not what keeps the pandemic treaty glass only half full.

A Glass Half Empty

The more serious constraints are political. The diversity of its 194 members, and the scope of global health problems, suggest there is more than one explanation for the WHO’s unwillingness to develop global health law. Criticism of the pandemic treaty idea includes skepticism that a treaty could effectively address the problems that COVID-19 has exposed. Also, proposed solutions to many problems associated with the pandemic treaty idea — such as equitable access to health countermeasures, independent investigations of outbreaks, and enforcement of international legal obligations — are controversial in an international system composed of sovereignty-obsessed states.

WHO members also exhibit political preferences to deal with many problems highlighted by COVID-19 in different diplomatic venues and under other treaties. For example, interest exists in revising the IHR instead of negotiating a new treaty. Many high-income countries want intellectual property issues — such as patents on vaccines — handled within the World Trade Organization (WTO). This stance connects to the difficulties that the WHO has experienced in diplomacy on intellectual property dominated by the WTO and the World Intellectual Property Organization. Similarly, many low-income countries do not want a pandemic treaty to undermine existing treaties — such as the Nagoya Protocol to the Convention on Biological Diversity. The protocol seeks to ensure that countries that provide access to national genetic resources, including pathogen samples, receive fair and equitable benefits from the utilization of such resources by foreign actors.

The controversies associated with the use of trade and travel measures during COVID-19 provide another example of how political interests stand in the way of changing international law. Under the WTO, bans on exports of essential medical supplies during a health emergency are legal. Under the IHR, the WHO’s recommendations on travel measures are not legally binding. The problems that travel restrictions have flared again in the travel measures that high-income countries imposed on African countries concerning the omicron variant. As the WHO lacks the capacity to enforce the fundamental purpose of the IHR — protect public health with minimal interference with international traffic and trade — the pandemic has potentially strengthened the desire of governments to preserve rather than restrict sovereign freedom of action on trade and travel during serious outbreaks.

Who Determines Whether the Glass is Full or Empty?

The WHA special session handed the INB an open-ended mandate on what type of instrument to negotiate and what issues the instrument should address. However, this clean slate does not mean that all WHO members have equivalent influence in the INB.

Multilateral diplomacy has often demonstrated that many LMICs lack the capacity to negotiate on equal terms with high-income states and multinational corporations. This “capacity conundrum” exacerbates the ability of LMICs to develop coherent, multisectoral strategies that are responsive to global problems but that protect gains made in other negotiations, such as access and benefit sharing regimes in the Nagoya Protocol and the Pandemic Influenza Preparedness Framework. The likelihood that WHO members will start negotiations on revising the IHR contemporaneously with the INB’s proceedings compounds the capacity conundrum for LMICs.

Nothing about COVID-19 changes how global health governance reflects “embedded interests and structures… that privilege the most powerful states and non-state actors.” With the pandemic battering high-income countries and multinational corporations, these actors have heightened incentives to leverage their advantages in the INB to get what they want and limit constraints on their behavior. The damage that LMICs have suffered has not produced harmonized interests among them about what the INB should produce. In addition, just as balance-of-power politics damaged pandemic responses, worsening geopolitical tensions will adversely affect the INB’s deliberations, especially for LMICs, which have to navigate their interests through friction caused by great-power rivalries.

Efforts by supporters of a pandemic treaty from high-income states dominated the period leading to the WHA special session. In the run-up to the INB, governments and non-state actors in LMICs need a more concerted and sustained effort to prepare themselves for the legal and political challenges these negotiations will create. Otherwise, the INB will produce more change in global health governance that keeps LMICs in the same peripheral position they have long endured.

This article was originally published by Think Global Health.

Paradiplomacy: An Opportunity to Strengthen Public Leadership in the Time of COVID-19

Global Health and Human Rights for a Post-pandemic World