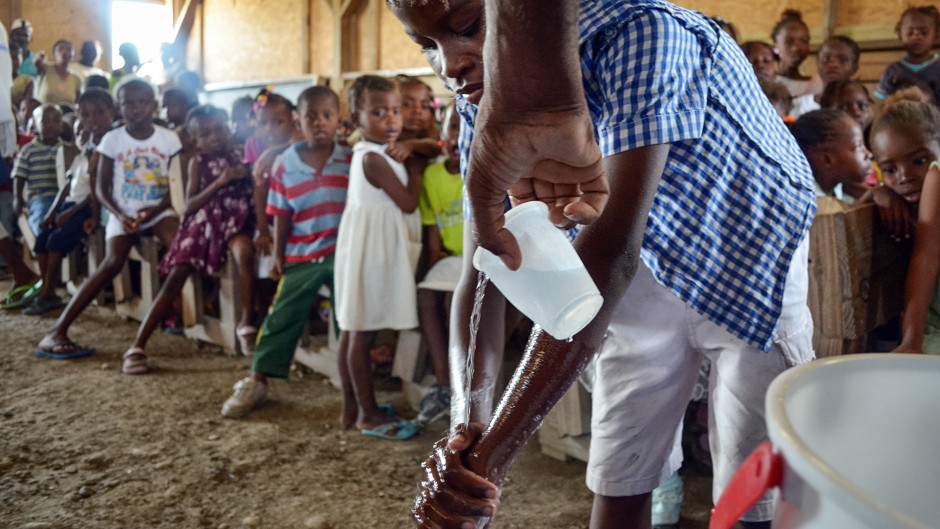 Natural physical events such as earthquakes, floods, droughts and hurricanes can claim tens of thousands of lives and cause millions of dollars in damage. It is important to recognize, however, that the severity of the impact is not determined only by the frequency or magnitude of these natural hazards, but also by the affected society’s social, economic, ecological and institutional characteristics.

When a country has, for example, sufficient financial means, functioning government and active civil society structures, it is on the one hand less susceptible and has on the other hand more potential tools available to cope with recurrent natural hazards. Adequate adaptation measures and strategies will further help lessen future impacts that natural events have on a country. Such a country is, as experts say, less vulnerable.

Adopting this fundamental understanding of risk, the United Nations University Institute for Environment and Human Security (UNU-EHS) developed the WorldRiskIndex (WRI) to annually calculate the disaster risk for 173 countries worldwide by multiplying exposure to natural hazards by precisely such vulnerability. The resultant WorldRiskReport 2013 (WRR) reveals that the risk hotspots identified by the WRI ranking are, as in previous years, in Oceania, Southeast Asia, Central America and the Southern Sahel. Specifically, the Pacific Island nation of Vanuatu faces the highest risk, followed by the Polynesian state of Tonga and the Philippines. On the other end of the spectrum lie Malta and Qatar whose populations are the least likely to be victims of natural hazards.

Focus on health and healthcare

Whether it be droughts, cyclones, earthquakes or floods, when a natural event hits a village or a town, the extent of harm to people hinges on what the population’s health status has been prior to the event, and on how well healthcare also works in crisis and disaster situations. In a nutshell, health and healthcare are decisive factors in risk assessment. The WorldRiskReport 2013 focuses on this theme.

Health is a multidimensional construct that impacts on society in manifold ways, and this is examined in depth in Chapter 2. The report notes that healthcare services are increasingly being subjected to economic pressures. This is likely to widen health inequality, as it is often the most vulnerable in society who suffer most from austerity and privatization measures. The WRR 2013 also highlights the importance of the availability of clean water, sanitary infrastructure and hygiene as crucial health and disease factors. For example, while there are nearly no deaths from diarrheal diseases in a country such as Germany, worldwide diarrheal diseases cause 1.4 million deaths a year among children. The report stresses that it is especially preventable infectious diseases that have the most disastrous impacts on a vulnerable society’s health.

The index that forms the basis for the WorldRiskReport is calculated by researchers at UNU-EHS by multiplying exposure by vulnerability to determine a specific country’s risk. The calculation is made up of four components: exposure to natural hazards, and vulnerability encompassed by susceptibility, coping and adaptation.

Health is an essential aspect of risk assessment in the context of disasters. Insufficient access to healthcare and prevention programmes, poorly developed health promotion and a lack of infrastructure for the provision of water and sanitation already result in disease or even death in “normal times”. In disaster and crisis situations, things dramatically come to a head because the causal link works both ways. Not only are poor health and inadequate healthcare crucial drivers of vulnerability (and, hence, of risk factors), but also disasters have a negative impact on a society’s state of health and its healthcare system.

Often, it is the poorest who become victims: the poorest of countries and the poorest in society. But among most national governments, as well as in the context of the international community, there has so far been a lack of consistent readiness to take action. Usually, responses are only triggered by disasters and crises, when there is extensive media reporting and the need for action can no longer be denied.

The WorldRiskReport 2013 offers clear evidence that these challenges can be overcome.

See the downloads section below to access the full report.

WorldRiskReport 2013: Health and Healthcare by Torsten Welle is licensed under a Creative Commons Attribution-NonCommercial-ShareAlike 4.0 International License.

Dr. Torsten Welle is an Associate Academic Officer at the UNU Institute for Environment and Human Security (UNU-EHS). He holds a PhD in Geography and a Master of Science in Geography, Soil Science and Economics, both from the University of Bonn. He has broad expertise in the fields of remote sensing, geographical information systems and in climatology. He is the focal point for geodata and geoinformation within the Vulnerability Assessment, Risk Management and Adaptive Planning section at UNU-EHS where he is working on development of methods and indicators for vulnerability assessment and implementation and development of vulnerability maps.