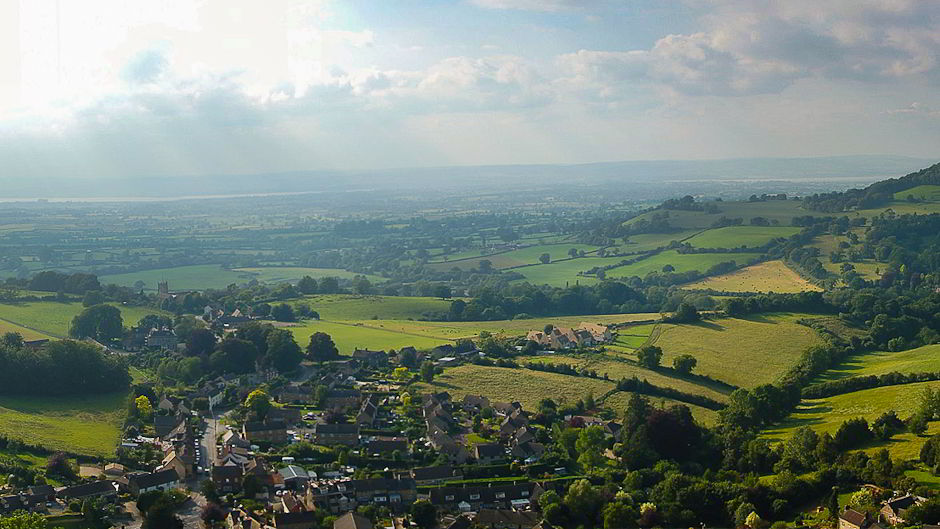 “Another world is not only possible, she is on her way. On a quiet day I can hear her breathing.”

Not everyone fully appreciates the meaning of this Arundhati Roy quote. But Rob Hopkins’ does and uses it in his talks. The dynamic Brit is at the centre of Transition, a movement that has been dubbed “the most significant and potentially ground-breaking social experiment of our time”.

The Transition Town idea was born from an “energy descent action plan” put together by permaculture teacher Hopkins and some of his students in Kinsale, Ireland after they watched the peak oil documentary The End of Suburbia.

This “intentionally designed way down from the oil peak” for Kinsale sparked interest from other communities and led Hopkins to see its potential for wider application to towns, islands and cities everywhere.

Central to Transition is the belief that, rather than waiting for governments to find all the answers or for individuals to act on a large enough scale, communities can be a catalyst for the societal redesign required to respond to climate change and prepare for the coming end of cheap oil.

A Transition Initiative sets off a process for connecting citizens, local groups, businesses and government with the aim of designing a long-term plan for their community to become low carbon and locally sustaining. Transition efforts have the added benefit of making a community more socially connected and more equitable, resulting in a more fulfilling lifestyle.

“As a species, we’ll be transitioning to a lower energy future whether we want to or not. Far better to ride that wave rather than getting engulfed by it.”

This quote from the Transition Primer, provided by the non-profit Transition Network to help interested communities design their own metamorphoses, is typically sensible and bright. The transformation it sets out is a gradual process in which the initiating group (open to all) considers, adopts, adapts and implements a model by actively “unleashing the collective genius” of its members.

The twelve steps contained in the primer are not meant as a template but rather as a set of principles to be adapted to local contexts and the particular geniuses at hand. These priorities include awareness-raising, forming working groups, learning relevant abilities (also known as “reskilling”), etc., to the final goal of creating an energy descent plan for the community.

Apart from the primer, Hopkins wrote a Handbook that expands on the entire Transition Culture (incidentally also the name of his website). He also collaborated on the recently published Transition Timeline and the Economics Addition to the Transition Handbook.

However, the real focus of Transition Initiatives is action. As highlighted in Step 7, “[i]t is essential that you avoid any sense that your project is just a talking shop where people sit around and draw up wish lists. Your project needs, from an early stage, to begin to create practical, high visibility manifestations in your community.”

Hopkins describes Transition as a “viral idea” and it does seem rather contagious. Transition Town Totnes in Devon, England — the first initiative and where Hopkins now lives — started up in September 2006 and has achieved momentum.

“In Totnes we are certainly not a fringe thing, we have the full endorsement of Totnes Town Council, Totnes Chamber of Commerce and the local Strategy Group,” Hopkins said in a blog post responding to a query from permaculturist and author Ted Trainer regarding how many town residents are typically involved in an initiative.

“If 10% of people are actively engaged, and the majority of everyone else are supportive, then that seems to me to be an excellent basis for action, with any increases on that being an added bonus.”

Further, the movement is spreading quickly in the UK and has hopped oceans as well, with initiatives springing up in everything from tiny towns to cities like Portland in the US, to even large areas like the Sunshine Coast of Australia. Worldwide there are 159 Transitions in progress, at various stages, and there are over 900 more that are “mulling”, the stage where an original core group is considering starting an initiative.

Last fall, Japan’s Transition Fujino joined in as the 100th formal initiative and the first in Asia. A town with the population of approximately 10,000 located just outside Tokyo, Fujino was already a permaculture centre when Hidetake Enomoto and his initiating group got together. Currently they number about 20, Enomoto told us recently when he stopped by the United Nations University on a break from an eco-village conference, and are just in the early stages.

Nonetheless, Enomoto said he found a “hunger among people to get something started”, so Fujino already has several active working groups and the response to their efforts has been quite positive. As a member also of Transition Japan (an initiating hub), he says Fujino will be an important model to show other “muller” communities in the country.

(Watch the video below to hear more of Enomoto’s thoughts on Transitioning.)

No reason to unravel

Changing the world is a topic that could spook many members of oil-addicted consumerist societies, leading some to dismiss it out of hand. Nonetheless, it is a particularly relevant issue that the entire world is due to face. As scientific facts about climate change are piling up and peak oil experts lining up, the magnitude of our present predicament is destined to start weighing on minds worldwide.

Once one becomes “peak oil aware” however, another common initial reaction is a sense that nothing can be done. A lot of people predict societal collapse after the peaking of oil production causes prices to steadily mount, Hopkins said in one by-video appearance at an international forum (he no longer flies). But he disagrees:

“I think the same ingenuity, creativity and adaptability that got us up to the top of that peak in the first place can get us back down the other side. There’s no reason everything has to completely unravel when we hit that point.”

Of course the movement has caused its share of controversy and has detractors that criticize it for its apolitical stance. In response, Hopkins argues:

“It is my sense that the tools the environmental movement has had thus far (campaigning, lobbying, protesting) are insufficient for the job in hand, that of navigating a society through energy descent…. I think that some of the new tools we will be utilizing include a drawing together of a diversity of individuals and organizations that we have never seen before.”

“Part of achieving this, it seems to me, is to make the process as unthreatening as possible, and to skillfully seek to put in place more democratic, low energy and localized infrastructure in such a way that it is perceived as positive, fun and unthreatening. The traditional activist dynamic of seeking someone to blame is completely inappropriate in this context.”

A call to arm oneself with the Transition Primer and seek out one’s neighbours, perhaps?

Catch the In Transition movie premiere!

The network’s film In Transition will have its online premiere on Saturday, 23 May 2009.

The World’s Next Breath by Carol Smith is licensed under a Creative Commons Attribution-NonCommercial-ShareAlike 3.0 Unported License.