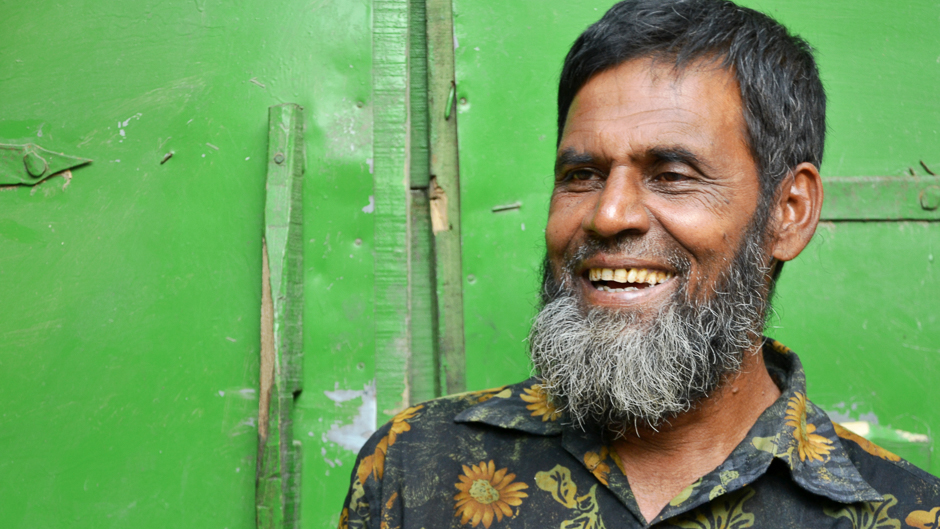 From Sudan to Syria to Bangladesh, climate change is often presented as a powerful and simple root cause of violent conflict and mass migration.

These narratives can be dangerous. Directly linking climate change with aggression and mass migration risks dehumanising those vulnerable to environmental stresses, and casts their attempts to escape a problem caused by mainly rich nations as a security threat. It promotes fear and isolation, rather than compassion and assistance. It also frames conflicts as “natural”, ignoring myriad preventable causes.

The truth is more complicated than a hotter planet inevitably meaning more violence, war, and chaos. Research uncovering the individual life experiences of vulnerable people on the ground show that the link between climate and conflict is not simple, nor linear. A destabilising climate merely adds extra pressure to a great many pre-existing difficulties.

My research in Bangladesh, and the story of one man in particular — 55-year-old Muzaffar from Babupur in the north-east of the country — perfectly illustrates this complexity. In order to truly defend his future, and that of countless others in similar positions, we must understand and tackle structural and social causes of conflict.

Muzaffar’s story begins like so many others here: with a difficult past. Poverty forced Muzaffar to work as a child and he never had a chance to attend school. The day he got a family of his own, his main concern was putting food on the table.

At the time, food in the area was scarce due to the lack of rain and, as the local climate became less stable, his village struggled increasingly with drought. It was difficult to make money in the village, so Muzaffar decided to leave his wife and eight children behind and migrated to the capital, Dhaka.

Here, he worked as a day labourer in the harbour, carrying sand and stones on his head. Unable to afford a house, he lived in a shared dormitory shed made of tin, and full of mosquitoes and ants.

I suffered a lot. We were about 50-60 people stuck in there … As I was not educated I could not really change my profession or build up a career. I just made sure to care for my family. That was all that kept me going.

After deciding to return home, Muzaffar settled down close to a pond on government-owned land. The local government reassured him that he could stay there. However, powerful men, who had already filed a claim to the land in the local court, showed up one day planting trees next to his house — a common land-grabbing strategy in the area. Muzaffar described their encounter:

I told the man … If you win, you will get the land, but for now I will not allow you to plant trees on my land. You can plant [your trees] in the open land instead … They did not want to listen and kept on planting trees.

So after a while I went over there to reason with him and pulled away his hand to stop him. He stood up abruptly, and hit me with his spade. I tried to protect myself with my hand, but it cut straight through my hand into my face, here, right next to my eye.

Muzaffar fainted as soon as the spade hit his head. His landless indigenous neighbours tried to help him and put him into a taxi to the hospital but his attackers tried to stop him from getting into the vehicle. They would not allow the taxi to leave until Muzaffar’s uncle screamed: “If you want him dead, you better kill him now!”.

The police came to the village to investigate what had happened, but Muzaffar could not afford the payment or bribe commonly required for their service. Unable to pay the police, the case is still running in the regional high court, decades later. In the words of Muzaffar, “he who is poor cannot afford to pay the price for justice”.

Thankfully, Muzaffar’s life took a positive change. He did not get justice in court, but a few years ago a local NGO gave him a few goats and a sheep, and Bangladesh’s largest NGO gave him a cow. Muzaffar decided to sell his animals, using the money to get a loan, buy a harvester machine, and start a small business.

These days he keeps livestock, harvests other people’s land, rents out his machine, and does share cropping — a collective form of agriculture in which a landowner allows people to farm their land in return for a share of the crops. He has already started to pay back his loans. His eyes were filled with pride during my last visit as he shared the news that his youngest daughter had just finished her bachelor’s degree.

Others, of course, are not so lucky. Some are unable to pay their loans, some are forced to sell their land and assets to pay them off — and some lose their livelihoods or end up in jail.

The loss of natural resources in the area due to climatic stress played a role in the conflict Muzaffar faced. However, so did land politics and power dynamics, social stigmatisation, discrimination, and the legacy of colonialism.

Muzaffar was poor. He was landless. He was not protected by the law. The justice system made it easy for those with more power to take his land. The men who attacked him had powerful connections in the village.

Many of these power relations, both in Bangladesh and elsewhere, owe their existence to decisions made during colonial rule. For example, while colonial laws governing the division of land no longer apply, they entrenched inequality in access to resources and influence that still persists today, giving rise to conflict that may never have occurred had countries developed autonomously.

Muzaffar is a man of working age, but many in similar positions suffer added structural barriers. Women, the elderly, and children suffer more from the impacts of both conflict and climate change. Unless we address the social power structures responsible for these inequalities, they will continue to be disproportionately affected.

We have surprisingly little empirical evidence of how social, psychological, financial, geographical, and political factors contribute to conflict, and how climate change interacts with them. We need much more diverse and interdisciplinary research to better understand how to protect vulnerable people from both conflict and climate change.

Arenas such as COP25, the latest iteration of the UN’s annual climate change summit, have the capacity to advance these research efforts. Our children recognise the urgency and are demanding that we look at the science. It is time to listen.