To Build Consent in Peace Operations, Turn Mandates Upside Down 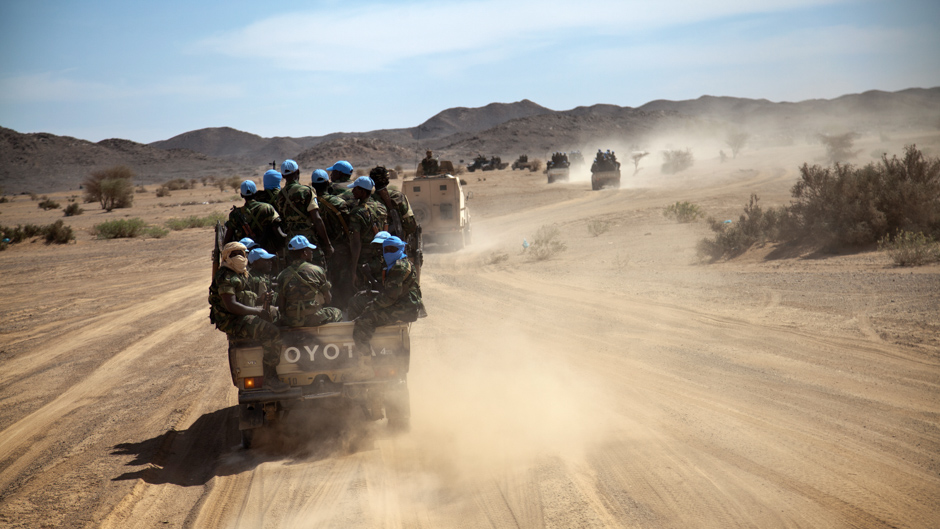 One and a half years ago, the United Nations High-Level Independent Panel on Peace Operations (HIPPO) issued recommendations designed to make UN operations more politically-driven, flexible, realistic and effective. Since then, there has been much talk of the HIPPO, but little has changed in the way the UN plans and manages peace operations. In fact, in 2016 the UN struggled more than ever before to demonstrate its ability to deliver in complex circumstances. In South Sudan, Darfur, the Democratic Republic of the Congo (DRC) and Syria, among other places, the UN faces difficult relations with host governments that often restrict the UN’s movement, limit its access, and disregard its attempts to positively influence the political trajectory of the country.

The new UN Secretary-General seems serious about the kinds of reforms proposed by the HIPPO, and equally serious about improving the way the UN conducts peace operations. To do this, he will need to address the issue of consent in these challenging contexts.

One relatively quick, implementable reform in line with the HIPPO would be to turn the process of developing UN peace operation mandates on its head. In creating a new mandate for a peace operation, the UN Security Council should be limited to identifying broad peace objectives, while the substantive mandate should be developed as a political agreement between the UN Secretariat, the host government and other relevant stakeholders. The mandate for a peace operation would be from the outset a horizontal compact among key actors in a conflict, rather than a vertical commandment from the Security Council.

The current approach to mandate development leaves critical negotiations with the host government and other stakeholders until it is too late. In a typical conflict scenario, the Security Council is seized with a situation, receives recommendations from the Secretary-General, and on that basis issues a mandate. While the host government and other regional players are consulted and often play an important role in determining — and often constraining — the scope of the mandate, no stakeholder is required to show measurable commitment to the terms of the mandate before it is issued.

This means the mission’s mandate is often viewed by host governments in particular as an imposition — a Western process cooked up in New York without key national or regional buy-in. Only after a mandate is promulgated and the mission begins to deploy do the thorniest issues related to sovereignty, consent and impartiality truly start to play out, often with serious consequences for the UN once on the ground. Whether it is refusing visas for UN personnel, limiting access to areas where alleged atrocities have taken place, shutting down UN communications, actively carrying out violence in the presence of UN peacekeepers, or requesting the withdrawal of the mission altogether, governments are often able to withdraw consent and limit a mission’s ability to carry out its mandate.

A peace operation would not be cooked up behind closed doors in New York; rather, it would be developed directly with the key actors in the conflict.

But imagine if the situation were re-ordered: the Security Council is seized with a conflict and issues a “preliminary mandate” with broad peace objectives, such as an inclusive agreement among warring parties, helping to extend effective rule of law institutions, and a credible electoral process. The Secretariat then deploys a small team to negotiate the terms of the mandate with the host government (and relevant stakeholders). These actors agree on a substantive mandate, which they jointly present as a draft compact to the Security Council for approval. Once approved, the compact becomes the peace operation’s mandate.

The HIPPO, in fact, puts forward some of these elements, such as the recommendation for a two-phase approach to mandates and the need to receive concrete commitments from the host government in the context of mandate implementation. Missing, however, is the right sequence: the compact should be the basis for the mandate, not the other way around.

Many HIPPOS with one stone

Approaching mandate development as a compact directly supports many other key objectives of the HIPPO. First, it promotes the “primacy of politics”: mandates would be based on a political-level agreement, a set of negotiations that reflect a joint set of expectations including that of the host government.

Second, a compact approach would necessarily tailor mandates to the conflict itself, avoiding template-driven processes by requiring that stakeholders be directly involved in setting the mandate.

Third, while the compact approach might appear to give too much away to the host government, it would, in fact, allow for greater flexibility in bringing others into the process. The Security Council could require that the compact be signed by regional organisations or that civil society be included in the compact process, thus aligning with the HIPPO’s recommendations regarding inclusivity and regional engagement.

Finally, it would in part address a chronic complaint from the global south that peace operations are often done in a neo-colonial manner that impinges on their sovereignty. A peace operation would not be cooked up behind closed doors in New York; rather, it would be developed directly with the key actors in the conflict.

“No mandate” vs. “empty mandate”

Some might argue that this approach risks weak (or even no) mandates if the host government refuses to budge on core principles. Perhaps it would be better to get boots on the ground and then negotiate with one foot already in the door.

This objection fails the test of history. In The Fog of Peace, former head of the DPKO Jean-Marie Guéhenno describes with regret the rushed process to put a mandate in place for the AU/UN Hybrid Operation in Darfur (UNAMID) as a “gamble that consent could be imposed,” resulting in a “bad compromise at the expense of the UN.” Without genuine buy-in from Sudanese President Bashir (or the rebel groups), UNAMID was plagued from the outset, unable to access conflict-affected areas and paralysed by Khartoum’s bureaucratic obstacles.

In fact, the Security Council is badly placed to write the fine print of mandates, as the body is often driven by national political agendas and less capable than the Secretariat of actively engaging with the stakeholders on the ground.

This dynamic has been repeated in many other conflicts, often rendering the UN a hostage to consent. The robust peacekeeping mandate and enormous field presence of the UN peacekeeping mission in the DRC (MONUSCO) has given the mission little if any real political leverage over the present flawed national elections process. Likewise, in 2011 the strong state-building mandate of the peacekeeping mission in South Sudan (UNMISS) came up against the reality of a government more interested in pursuing a civil war than building institutions. The lesson learned is that political will needs to be tested and acquired during the development of the mandate, not after it.

A related point concerns the Security Council’s prerogative to set the agenda for peacekeeping: will the Council agree to lose some control over the terms of mandates? In practice, however, the Council has exercised less control than one might imagine, more often reacting to events on the ground or being influenced by outside actors. For example, in 2006 Hizbullah refused to accommodate the Council’s wishes to expand UNIFIL’s mandate to a more robust Chapter VII mission along the Blue Line between Lebanon and Israel, resulting in a much more limited Chapter VI mission. Conversely, the Council initially planned a very small mission in the DRC at the end of 1999, but following a series of crises starting in 2003, the mission was expanded to more than 20,000 troops and a sprawling stabilisation/protection mandate. As Richard Gowan has noted, a core lesson from these and other peace operations is that the Council has limited ability to define the scopes of mandates, and is more often reactive to outside influence or events on the ground.

In fact, the Council is badly placed to write the fine print of mandates, as the body is often driven by national political agendas and less capable than the Secretariat of actively engaging with the stakeholders on the ground. A better approach would see the Council agree on the broad objectives for a peace operation and hold the Secretariat accountable for negotiating the terms of the compact with the key parties to the conflict.

Shifting responsibility for the substance of a mandate to a compact may seem like an insurmountable task. But the UN already does this in other critical moments of a peace operation: downsizing, transition and exit. In these, the Council tends to offer a broad set of objectives, leaving it to the mission to develop with the host government specific criteria for achieving these objectives. There are important lessons learned from these processes— e.g. in Liberia, Côte d’Ivoire, Burundi—which could be applied to the development of new peace operations’ mandates.

Simply put, this proposal would require an exit-strategy approach for the entry strategy of a new peace operation. It would allow the new Secretary-General to reframe the Secretariat’s role vis-à-vis the Security Council in a way that encourages both greater responsibility on the Secretariat and also a greater political role and ability to shape its own mandates in a realistic manner. Rather than try to adjust the ornaments on the already laden “Christmas tree” of our current mandates, it would re-plant the tree in more fertile soil.