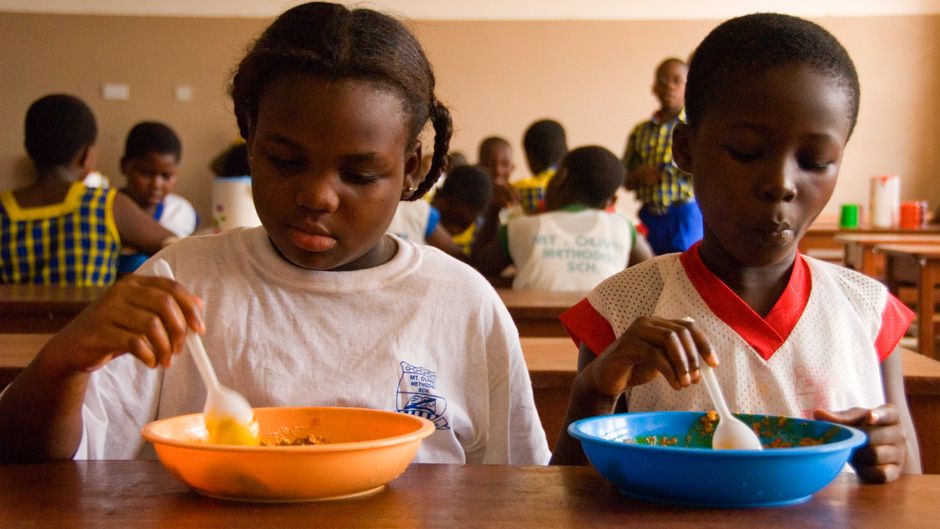 The developing world is lagging badly in the bid to reach global targets related to food and nutrition, and rates of child and maternal mortality are still unacceptably high, says a recently released report by the World Bank and the International Monetary Fund (IMF).

A yearly assessment to gauge progress across the Millennium Development Goals (MDGs), the Global Monitoring Report (GMR) 2012 explains how spikes in international food prices have stalled progress across several of the MDGs. And discouragingly, the Bank’s latest Food Price Watch report that was released last week shows that food prices are on the rise again, reversing a brief decline that had begun in October 2011. Pushed by costlier oil, Asia’s strong demand for food imports, and bad weather in key producing parts of the world, overall global food prices increased by 8 percent from December 2011 to March 2012.

In that period, prices rose for all key staples, except rice, which benefited from abundant supply and strong competition among exporters. Maize prices climbed by 9 percent, soybean oil by 7 percent, wheat by 6 percent, and sugar by 5 percent. And during that time, crude oil prices rose by 13 percent. If food production does not increase, as is currently forecast, the World Bank warns, then global food prices could reach higher levels.

Not to ignore the good news, GMR 2012 does report good progress across some MDGs. Targets related to reducing extreme poverty and providing access to safe drinking water are already achieved, several years ahead of the 2015 deadline.

The proportion of people without sustainable access to safe drinking water is now half the rate of 24 percent it was in 1990. Targets on education and ratio of girls to boys in schools are also apparently within reach. The report estimates that the proportion of people living on less than $1.25 a day has decreased by at least 50 percent since 1990, when global poverty was estimated at 43.1 percent.

Since 1990 the number of people living in extreme poverty has fallen in all regions except sub-Saharan Africa. There population growth has exceeded the rate of poverty reduction, so the number of extremely poor has gone from 290 million in 1990 to 356 million in 2008. The largest number of poor people are in South Asia, where 571 million people live on less than $1.25 a day, though this is down from a peak of 641 million in 2002.

So, regional progress is varied, with upper middle-income countries on track to achieve most targets, but low-income or fragile countries are far behind, with only two goals achieved or on-track.

However, when it comes to health, the world is significantly off-track on the MDGs to reduce mortality rates of children under five and mothers. As a result, these goals won’t be reached in any developing region by the 2015 objective. Progress is slowest on maternal mortality, with only one-third of the targeted reduction achieved to date. Progress on reducing infant and child mortality is similarly bleak, with only 50 percent of the targeted decrease achieved.

Though the report says more progress is expected and even likely by 2015, it warns that “hundreds of millions of people will remain mired in poverty, especially in sub-Saharan Africa and South Asia and wherever poor health and lack of education deprive people of productive employment; where environmental resources have been depleted or spoiled; and where corruption, conflict, and misgovernance wastes public resources and discourages private investment.”

Undernutrition is a consequence of consuming too few essential nutrients or using or excreting them quicker than they can be replaced. The MDGs call for cutting the percentage of undernourished people in half, but few countries can get there by 2015. To date, agricultural production rates have risen faster that population growth, but climbing food prices and the diversion of food crops for fuel production have reversed the decrease that was underway in the rate of undernourishment. The FAO estimates that in 2008 there were 739 million people who did not have sufficient daily food intake.

Rates of malnutrition have dropped much since 1990, but according to GMR 2012,  there are still over 100 million children under age 5 who are malnourished. Only 40 countries (out of 90 with enough data) are on track to reach the MDG target. Malnutrition in children often starts in the womb, when mothers with poor nutrition give birth to underweight babies. Malnourished kids develop more slowly, start school later, and generally don’t perform as well. Programs to encourage breastfeeding and improve the diets of mothers and children can help.

“High and volatile food prices do not bode well for attainment of many MDGs, as they erode consumer purchasing power and prevent millions of people from escaping poverty and hunger, besides having long-term adverse impacts on health and education,” said Justin Yifu Lin, the World Bank’s Chief Economist and Senior Vice President for Development Economics.

“Dealing with food price volatility must be a high priority, especially as nutrition has been one of the forgotten MDGs,” he added.

However, the global recession has exacerbated the challenges that countries face in responding to high food prices.

“To help deal with volatility, more developing countries are complementing their fiscal and monetary policy responses with insurance or hedging operations, such as selling crops in forward markets. This can be part of a broader strategy for managing risks like natural disasters and swings in commodity prices,” said Lynge Nielsen, Senior Economist at the IMF.

Jos Verbeek, Lead Economist at the World Bank and lead author of GMR 2012, cautioned that a “perfect storm” of factors make the food issue worrisome. What with declining development assistance budgets, continued population growth and climbing food prices mean that focusing on nutrition programs for the poor will become more and more challenging.

“According to our projections, an estimated 1.02 billion people will still be living in extreme poverty in 2015. Clearly, assistance must be leveraged in new ways if we are to improve food security and nutrition, particularly for the poor and vulnerable,” said Verbeek.

This knowledge perhaps helped aid the World Bank in winning support from member countries for a plan to boost its work on “efficient and fiscally sound” social safety nets, at the recent World Bank-IMF Spring Meetings.

“At international meetings, we talk a lot about the global financial safety nets. We need to focus equal attention on the human safety nets,” said outgoing World Bank President Robert B. Zoellick on 21 March 2011.

“As we know, there are dangers when institutions are too big to fail. But let’s remember that beyond the talk of financial systems, of regulations, or of firewalls, it is people who are too important to fail.”

So yes, indeed, it is obvious there is need for action beyond the talk.

Too Many Still Struggling to Meet Food and Nutrition Goals by Carol Smith is licensed under a Creative Commons Attribution-NonCommercial-ShareAlike 3.0 Unported License.