Toward a Sustainable Japan: Challenges and Changes in Society and Population 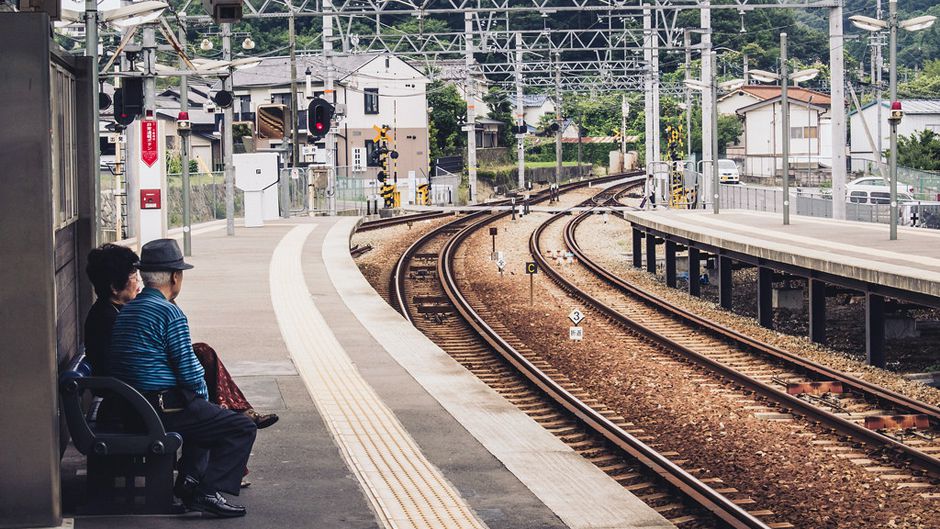 Junko Edahiro, chief executive of Japan for Sustainability (JFS), delivered a keynote speech this past September at an international symposium in Austria entitled “Cope with the Stress of Future Changes — Preparing States, Regions, Cities, Organization, Families and People for the Ongoing Transition”. It was organized by the Club of Vienna, an international network of experts in economics, plus social, natural and environmental sciences. This article is adapted from part of her speech relating to the local economy in Japan upon which she expands regarding values and lifestyles toward a more sustainable world.

On the climate change front, we have been seeing an increase in extreme rainfall events in Japan. Because of this, the average annual frequency of mudslides due to heavy rain and flooding has increased and the Japanese government has projected a 4.4 times increase in the likelihood of river flooding at the end of this century. And we have already seen an increased death toll from heat stroke. In 2010, over 1,700 people died from heat stroke in just one year. We can expect an increase in these numbers if we cannot keep climate change in check. We are also seeing negative effects of a warmer climate on agriculture, particularly on rice and fruit growing.

This is all at the same time as we have to cope with the stresses of population decline and the ageing of society. One hundred years ago, Japan’s population was about 40 million people. It took 100 years to rise to 120 million and within 100 years we are likely to be back to 40 million.

And along with ageing, demographics are changing. We are heading toward a time when 40 percent of the population will be over 65. Today one in four are over 65 years old. By 2035, it will be one in three. By 2060, two in five will be over 65.

Today we have 2.57 workers supporting each senior citizen. But in 2060, the ratio will be just 1.19 workers per senior. This will put a huge burden on the younger generation. Compare the ageing ratios of different countries. Italy, Sweden, Spain, Germany, France, the UK, the United States and many developing nations are heading toward populations with 25 or 30 percent being over 65. But Japan is far ahead of the world.

And now people are talking about how to keep the pension system alive, because it is projected that if we cannot grow our economy, pension payments for the elderly will have to be reduced by 20 or 40 percent. This all gives the government and economists an excuse to try and grow our economy. But because of population decline, more than 60 percent of Japanese land will be unpopulated by 2050. So national land security is another issue.

Half of the municipalities in Japan are now seen as “municipalities at the risk of vanishing”. How is that defined? Municipalities whose population of women aged 20 to 39 are expected to decrease to less than half of current level in 30 years. We are usually talking about birth rates when we talk about population. The number of women of childbearing years has declined, resulting in a decline in the number of births.

Recently a report was released showing that close to 900 municipalities, almost a half of Japan’s total, are at risk of vanishing. One village is projected to have only eight women in this age group by 2040. This has resulted in a big fuss in Japan. Mayors and citizens in towns regarded as municipalities at the risk of vanishing are busy of organizing committees or creating special research teams to deal with the issue.

I think the biggest pressure in Japan comes from the obsession for growth on the part of economists, industry and the government, in spite of the expected population decrease.

If you take this newly defined working population in Japan, we now have about 90 million workers, by 2060, 52 million, then by 2100, 26 million. This is a huge drop in the workforce. How can we maintain our economy? How can we fulfill the “promise” of economic growth?

All considered, I think the biggest pressure in Japan comes from the obsession for growth on the part of economists, industry and the government, in spite of the expected population decrease. Companies are busy cutting labour costs in order to maintain profits and contribute to economic growth. So now we have many unemployed people, or low-wage contract workers.

In the past, Japan was well known for its lifetime work system. Job security resulted in a high level of loyalty to one’s company. But this is no more the case. Currently one in three workers in Japan is a contract worker. They don’t have job security, company pensions, health coverage and benefits like that.

Meanwhile our wage index is declining sharply, while we also have a rising unemployment ratio and poverty ratio. Another problem is child poverty. The government is not addressing this issue properly yet. One in six Japanese children today is regarded as a child in poverty. This will create a huge problem, not only today but in the future as well.

We have a growing gap between the haves and have-nots. And we have a huge number of suicides. I think we are among the top-ranking countries in the world in terms the number of suicides. Statistics show a huge increase in 1998 to 1999, when economic conditions were particularly bad and created serious unemployment. Before that, we had a kind of social safety net, not by the government but by companies. But companies have to compete against the global market, so they were trying to reduce that kind of social network or social safety net. People got fired, without any support from the government or the company. One of the characteristics of this huge increase in suicides in Japan is the prominence of men in their forties and fifties. The suicide ratio in that age bracket has grown dramatically.

Our wage index is declining sharply, while we also have a rising unemployment ratio and poverty ratio.

People in Japan are suffering from mental stress because of things like the Fukushima disasters, the lost 20 years with no economic growth and the huge pressures on companies and people to grow our economy.

Here is my personal list of things I think the national government needs in order to deal with all the challenges and changes facing us:

To make such a shift, we have to measure carrying capacity, then create systems to limit resource use to stay within the carrying capacity. Another transition we need is toward more locally-based economies instead of a centralized economy with too much of an emphasis on the Tokyo metropolitan area. In Japan, locally-produced, locally-harvested food is very popular. And locally-produced, locally-consumed energy is becoming increasingly popular. Last year, one of the bestselling books in Japan, with several hundred thousand copies sold, was about initiatives to build local economies. Its popularity shows that many Japanese people are starting to realize the significance of local economies. JFS also has a “Local Well-Being Project” in which we introduce to Japan useful ideas and insights from across the world — such as the “local multiplier effect” concept.

Japanese history already has a model case with a steady-state economy. During the Edo Period, from 1603 to 1867, we had almost no exchange of goods and services with other countries, yet we were self-sufficient and also had a very peaceful time, with almost no domestic conflicts. We had a stable population at some 30 million people. Economists have estimated the annual growth rate during that period to have been about 0.4%. There were various problems at that time, but still, you could say that in that era, Japan had a sustainable, steady-state, happy society.

Many westerners visited Japan at the end of the Edo Period. They left behind many writings, describing the Japanese people as being very polite, cheerful, and looking very happy. If you come to Japan nowadays, you might not see as many happy, cheerful people. You might think they look like they are in some difficulty. But maybe we can make the transition to be a cheerful and happy people again, with a certain lifestyle that stays within the limits of growth. Can we create and show an alternative path to survival and well-being? These are very important things we have to think about.

Toward a Sustainable Japan: Challenges and Changes in Society and Population by Junko Edahiro is licensed under a Creative Commons Attribution-NonCommercial-ShareAlike 4.0 International License.

Junko Edahiro is one of Japan’s top environmental journalists and a major proponent of the country’s slow-living movement. She has translated books by Lester Brown, Al Gore, Dennis Meadows, Donella Meadows, David Suzuki and many others into Japanese, and written dozens of her own books on climate change, energy, happiness, systems thinking and many other sustainability topics. She is the co-founder (2002) and chief executive of Japan for Sustainability, a non-profit organization that provides information in English on developments and activities in Japan that lead toward sustainability. More recently (2011) she founded and serves as president of the Institute of Studies in Happiness, Economy and Society that examines the relationships among happiness, economy and society and explores better systems and indicators. The dynamic Edahiro is also a respected advisor, entrepreneur and international speaker.