Towards a Political Agenda for Urban Resilience 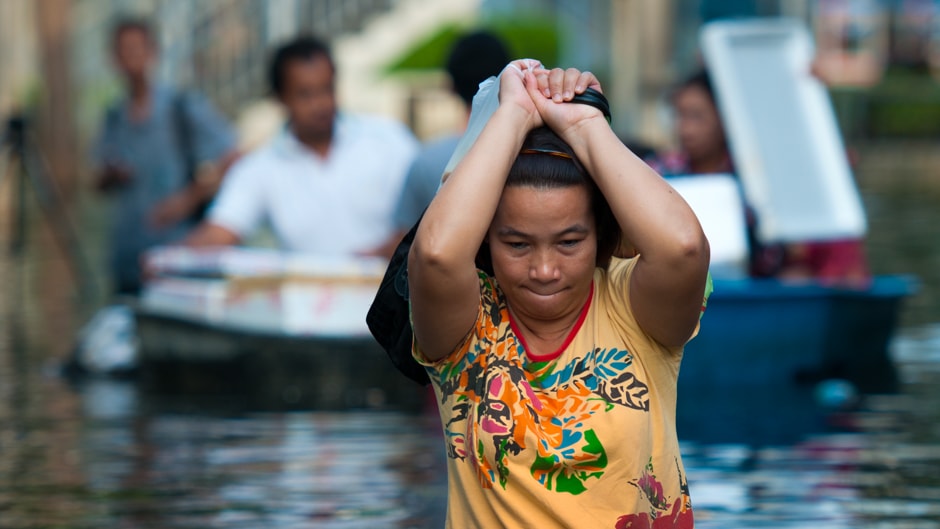 This article is part of UNU’s Habitat III series featuring research and commentary related to the UN Conference on Housing and Sustainable Urban Development, 17–20 October 2016 in Quito, Ecuador.

This week, the international community is meeting in Quito, Ecuador for Habitat III — the United Nations Conference on Housing and Sustainable Urban Development. As urban stakeholders deliberate the conference’s final outcome document, the New Urban Agenda, one of the central goals is to make cities more resilient in the face of environmental hazards, climate change and disasters. In fact, the terms “resilience” and “resilient” appear 30 times in the 23-page draft agenda. Yet in its current form the concept of resilience is not without problems and requires some rather profound re-shifting in order to realise its full potential to guide urban and other development policy.

The fact that resilience is used as a key concept in the context of urban development is not surprising. The term has grown to widespread popularity over the last few years, not only in academia but also in practice and policymaking. Achieving resilience is now one of the central policy goals in the post-2015 development agenda, cutting across all of its major agreements including the Sendai Framework for Disaster Risk Reduction, the Paris Agreement on climate change, the Sustainable Development Goals, and now the New Urban Agenda.

The success of resilience as a concept and policy term can largely be explained by its positive connotation. While other key concepts such as risk or vulnerability have a negative association and are oriented towards the deficits in existing policies and practices, the term resilience carries an active and forward-looking notion. As such, the term’s use is attractive to many development advocates and practitioners as it opens up policy dialogues and invites policymakers and decision makers who otherwise might be reluctant to engage in discourse that is framed around rather negative anchor concepts such as vulnerability, insecurity or fragility.

In addition, resilience is a rather young concept for which the interpretations and definitions are still in flux. Therefore, using resilience terminology not only allows individuals and institutions to be part of a new and progressive movement but also gives them considerable flexibility in terms of interpreting and defining resilience — or intentionally leaving it vague.

However, the openness of the concept also leads to a number of significant challenges. Resilience has been defined in many different — often conflicting — ways. These range from the ability of a society or a city to bulk up in order to protect against environmental and other hazards, all the way to more transformative notions of change that call for fundamental systemic changes — for example, with regards to urban land use configurations.

This inconsistency can lead to situations where different actors in a city are under the impression that they have a shared goal of resilience while in fact they are proclaiming very different strategies of risk reduction such as building a dyke (bulk up and tame nature) versus resettlement or renaturation programmes (transform the urban land use). In that sense, the possibility that resilience can mean “everything and nothing” and that it can imply very different risk reduction paradigms is problematic. The term deserves transparent and explicit use — even though one might play devil’s advocate and hypothesise that not having to agree on such questions contributes to explaining the success of resilience as a concept.

From apolitical to a political agenda

If different actors come to agree on the least common denominator for defining resilience, they typically arrive at an understanding that views resilience as the ability of a system, such as a city, to maintain key functions despite extraordinary disturbances or hazards — situations that do or can lead to crises. This definition is helpful in that it raises attention to the fact that certain crisis situations cannot be avoided — for example, if an established city is located in a typhoon-prone location.

It therefore urges urban practitioners and policymakers to prepare for dealing with such situations of perturbations and hazards. However, actors usually avoid an explicit effort to answer the questions about what potentially counts as key functions in an urban system, which key functions deserve priority in situations where only limited resources are available, and who decides on what qualifies as a key function — and what does not.

Imagine a situation in which freshwater supplies become scarce during an extended power outage. Freshwater supply surely is a key urban function, but who gets priority access among different neighbourhoods of the city, hospitals and elderly homes, sensitive industries, etc.?

The 2011 flood in Bangkok is another illustrative example. In that case, the flooding of socio-economically poorer parts of the city was accepted in order to protect alleged key functions in the inner city — government, cultural heritage and some industry. Had the people in the flooded neighbourhoods, whose houses were inundated and livelihoods disrupted, been asked for their opinion on key functions, chances are high that they would have come up with different priorities.

In contrast to the predominant treatment of resilience building and management, such questions of key functions, priorities and trade-offs cannot be tackled in a technocratic or scientifically objective manner. They are deeply political and can involve struggles of fairness, justice and rights to the city. They therefore deserve to be carried out of the situation rooms of disaster managers and into the domain of transparent and participatory political discourse. Refocusing the debate in this direction is urgently needed in order for resilience terminology to be a useful guide for practice and policymaking in support of the goals to be agreed on in the New Urban Agenda.

Towards a Political Agenda for Urban Resilience by Matthias Garschagen is licensed under a Creative Commons Attribution-NonCommercial-ShareAlike 4.0 International License.

Dr Matthias Garschagen is the Head of Vulnerability Assessment, Risk Management and Adaptive Planning at the UNU Institute for Environment and Human Security in Bonn, Germany. His main research focus is on urban vulnerability, social resilience, and climate change adaptation, particularly in Asia.