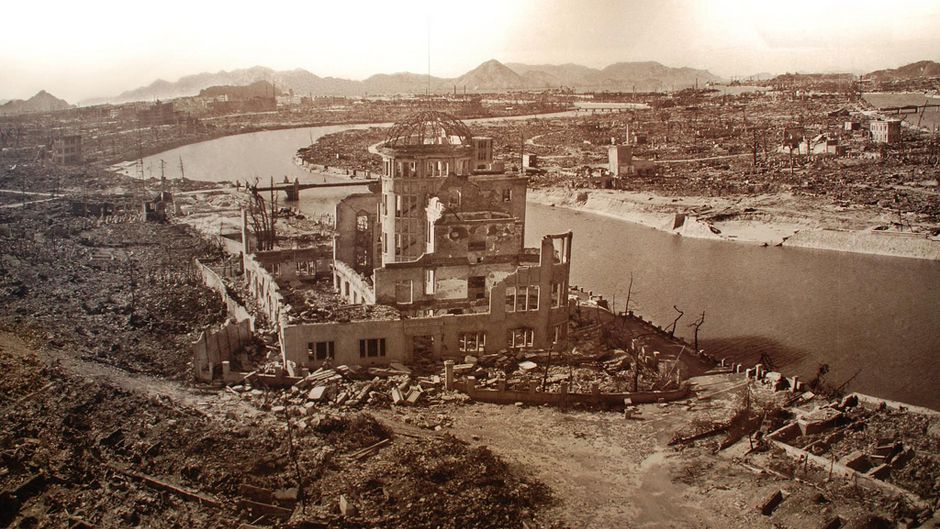 Remembering all those who died in the bombing of Hiroshima and, later, Nagasaki, some 69 years ago, United Nations Secretary-General Ban Ki-moon today said that the atrocious memories of that tragedy must inspire new generations to work towards a world free of nuclear weapons.

“This solemn commemoration connects memories of a tragic past with the vision of a future free of nuclear weapons,” said Mr. Ban through a statement delivered by his High Representative for Disarmament Affairs Angela Kane at this year’s Peace Memorial Ceremony in Hiroshima.

“Hiroshima’s many messages of peace and hope have educated the world about the devastating humanitarian consequences of nuclear weapons, inspiring a global campaign focused on the unacceptability of using these arms under international humanitarian and human rights law.”

The hibakusha — survivors of Hiroshima and Nagasaki — have been the face of that effort and their personal testimonies have touched countless people. They have forged the link with new generations who can carry forward the commitment to pursue nuclear disarmament until it is finally achieved, Mr. Ban said.

But one of the great ironies of modern science is that humans are searching for life on other planets while retaining and modernizing weapons of mass destruction that, if used, can destroy all life on planet Earth. The Secretary-General called on the international community to address this failing “and counter the militarism that breeds the pursuit of such weaponry”.

One of the great ironies of modern science is that humans are searching for life on other planets while retaining and modernizing weapons of mass destruction that, if used, can destroy all life on planet Earth.

And this is where the people of Hiroshima have a direct bridge to the UN, where nuclear disarmament remains one of the most important goals. The international body is where Member States and civil society can work together to advance the vision of a world free of such weapons.

“Let us press for immediate and concrete progress so that the hibakusha and the world can witness the final destruction of the last nuclear weapon as we end the historical nightmare known as the age of nuclear weapons — and welcome the dawning of a new era of hope, peace, and prosperity for all,” said Mr. Ban.

Also today, the UN chief, through a statement read by Ms. Kane, delivered remarks at the 60th annual World Conference against Atomic and Hydrogen Bombs in Hiroshima.

“I pay my deepest respects to the memories of those who perished here on this day 69 years ago,” he said and expressed profound gratitude to the hibakusha for their tireless efforts to remind the world of the inhumanity of the horrible weapons of mass destruction.

“I will never forget my meetings with these resilient and principled individuals who have done so much for our collective future.”

Getting rid of these weapons would benefit all people everywhere, offering the only absolute guarantee against any future use, he said. Realizing this goal would free us from another nuclear nightmare while unleashing immeasurable social, economic, environmental, human rights and security dividends.

“By helping millions of people understand the tragic human consequences of using these weapons, the hibakusha have contributed to a broad-based campaign of diverse groups in civil society joining forces to rid the world of nuclear arms,” said the Secretary-General.

Noam Chomsky, Why National Security Has Nothing to Do With Security