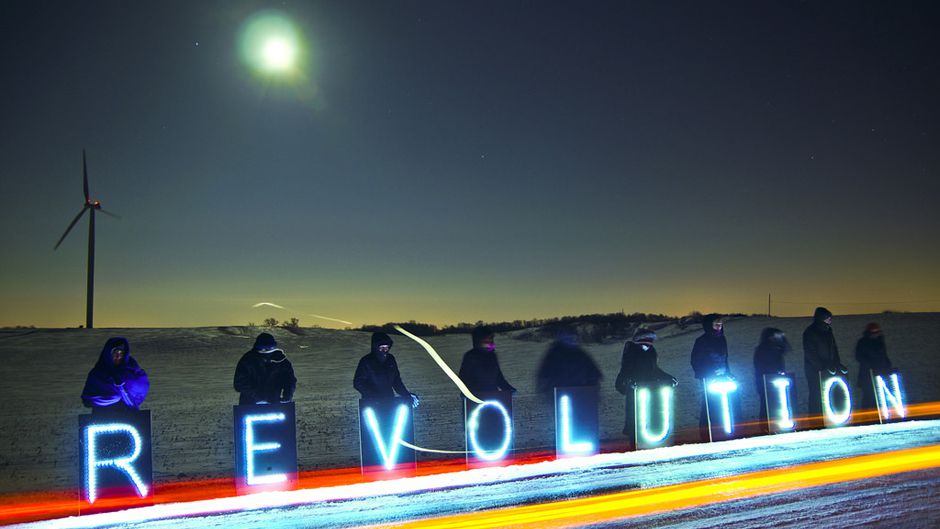 Big power stations in Europe could be redundant within 10-20 years as electric cars, cheaper batteries and new solar technologies transform the way electricity is generated, stored and distributed, say analysts at the world’s largest private bank.

In a briefing paper sent to clients and investors this week, the Zurich-based UBS bank argues that large-scale, centralized power stations will soon become extinct because they are too big and inflexible, and are “not relevant” for future electricity generation. Instead, the authors expect it to be cheaper and more efficient for households and businesses to generate their own energy to power their cars and to store any surplus energy in their own buildings even without subsidies.

In language more closely associated with green NGOs, the bank with assets of more than $1.5 trillion says it expects a paradigm shift away from large-scale conventional power plants.

“Power is no longer something that is exclusively produced by huge, centralized units owned by large utilities. By 2025, everybody will be able to produce and store power. And it will be green and cost competitive, ie, not more expensive or even cheaper than buying power from utilities,” say the authors, who urge their financial clients to “join the revolution.”

“Solar is at the edge of being a competitive power generation technology. The biggest drawback has been its intermittency. This is where batteries and electric vehicles (EVs) come into play. Battery costs have declined rapidly, and we expect a further decline of more than 50 percent by 2020. By then, a mass [produced] electric vehicle will have almost the same price as a combustion engine car. But it will save up to €2,000 (£1,600) a year on fuel cost, hence, it will begin to pay off almost immediately without any meaningful upfront ‘investment’. This is why we expect a rapidly growing penetration with EVs, in particular in countries with high fossil fuel prices.”

“By 2025, everybody will be able to produce and store power. And it will be green and cost competitive, i.e., not more expensive or even cheaper than buying power from utilities,” say the authors of the bank’s briefing paper.

The expected 50 percent reduction in the cost of batteries by 2020 will not just spur electric car sales, but could also lead to exponential growth in demand for stationary batteries to store excess power in buildings, says UBS. “Battery storage should become financially attractive for family homes when combined with a solar system and an electric vehicle. As a consequence, we expect transformational changes in the utility and auto sectors,” it says.

“By 2020 investing in a home solar system with a 20-year life span, plus some small-scale home battery technology and an electric car, will pay for itself in six to eight years for the average consumer in Germany, Italy, Spain, and much of the rest of Europe.” 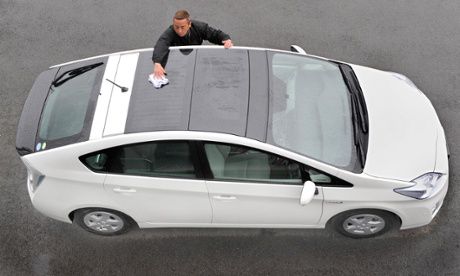 By 2025, falling battery and solar costs will make electric vehicles cheaper than conventional cars in most European markets. “As a conservative 2025 scenario, we think about 10 percent of new car registrations in Europe will be EVs. Households and businesses who invest in a combined electric car, solar array and battery storage should be able to pay the investment back within six to eight years,” UBS says. “In other words, based on a 20-year technical life of a solar system, a German buyer should receive 12 years of electricity for free.”

But the bank does not expect power companies or the grid to disappear: UBS says they have a future if they develop smart grids which manage electricity demand more efficiently and provide decentralised back-up power generation.

“Electric vehicles are the key catalyst for driving mass adoption of battery storage technologies, as autos will fast-track mass production, which will be significant in driving down costs. We see battery costs moving down from $360/kWh today to $200/kWh by 2020, and as low as $100/kWh within 10 years. We believe that by 2020, lithium battery pack cost will drop by more than 50 percent, compared to 2013.

The UBS report follows similar analysis by other large financial institutions and energy experts who expect new solar and renewable technologies to drive rapid change in large scale utility companies. Earlier this year, Michael Liebreich, founder and CEO of Bloomberg New Energy Finance, said: “The fact is that wind and solar have joined a long list of clean energy technologies — geothermal power, waste-to-energy, solar hot water, hydropower, sugar-cane based ethanol, combined heat and power, and all sorts of energy efficiency — which can be fully competitive with fossil fuels in the right circumstances.

“In most sunny parts of the world it is cheaper to generate power from photovoltaic modules on your roof than to buy it from your utility. The best newly built windfarms are selling power at the equivalent of 3p/kWh before subsidies, which neither gas, nor coal, nor nuclear power can match. LED lightbulbs can be bought for a few pounds, providing home-owners a quick and cheap way of cutting their utility bills. What is even more important is that the cost reductions that have led to this point are set to continue inexorably, far out into the future.”