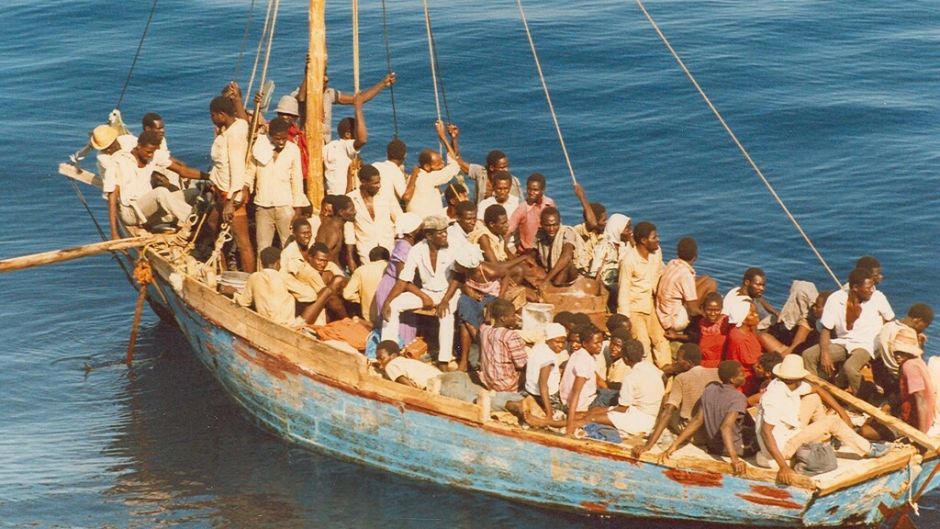 Far too many migrants still live and work in precarious and unjust conditions, Secretary-General Ban Ki-Moon has said today in a message to mark International Migrants Day.

“We call for the fulfilment and protection of the human rights of the world’s 232 million migrants,” said Mr. Ban.

In his message, the Secretary-General said that the post-2015 development agenda offers an opportunity to ensure that the needs of the poorest and most marginalized are made a priority. “To meet the new framework’s core objective of ‘leaving no one behind’, we must devote greater attention to the precarious situation of the world’s migrants.”

He drew attention to the “precarious and unjust conditions” that many migrants face, noting that many risk their lives at sea while attempting to seek sanctuary only to be met by incarceration instead of empathy and necessary protection, persistent discrimination and abuse. Children of migrants were especially vulnerable.

Mr. Ban stressed the importance of accurate data to ensure migrants are included in States’ development strategies and enabled to contribute skills and experiences to the advancement of society.

“Migration policies must be evidence-based, rather than rooted in xenophobia and misperceptions,” he said calling on Member States to reaffirm their commitment to shape diverse and open societies that provide opportunities and lives of dignity for all migrants.

From abusive recruitment practices as they seek to go abroad in search of decent work, violence and detention at borders, exploitation, unequal treatment in the workplace, xenophobic violence to denial of access to essential services in countries of destination, migrants face myriad obstacles and unnecessary hardships.

”One of the reasons this continues, is that labour laws are often not applied in many sectors which typically employ migrant workers, such as agriculture, construction, or domestic work,” explain the officials, underscoring however that refusing to give migrants and their families access to education, health-care and adequate housing is both morally indefensible and practically short-sighted.

Equality and non-discrimination are important drivers of sustainable development. Persistent and structural discrimination generates sharp inequalities which threaten the social fabric, they continue, declaring: “No society can develop its true potential when legal, social or political barriers prevent entire segments of the population, such as migrants, from contributing.”

In his message on the Day, the Director General of the International Organization for Migration, William Lacy Swing said the rise of anti-migrant sentiment is a “cruel irony” at a time when ageing societies need migration to provide much-needed labour.

“Migration is not only inevitable, but also necessary and desirable,” he said. “The international community must work together to change the actual migration narrative to something more positive, focusing on what migrants contribute to their host countries, as well as their countries of origin, which benefit hugely from the remittances they send home.”

Mr. Swing also called for urgent action to save the lives of migrants and stop smugglers from exploiting their desperation to extort huge sums of money. IOM data shows that the number of migrants dying on dangerous journeys in the hope of finding better lives for themselves and their families is rising.

Nearly 5,000 migrants lost their lives this year at sea or in remote deserts or mountains. This makes 2014 the deadliest year on record, with double the number of last year’s deaths.

According to IOM, the highest death toll was in the Mediterranean, where over 3,000 people drowned after embarking on unseaworthy boats. Over 540 migrants also died in the Bay of Bengal and at least 307 died trying to cross the land border between Mexico and the United States.

“We must address the drivers of desperation migration and act in concerted and coherent partnership,” said Mr. Swing. “This is a battle we must fight together. We need more political leadership and the courage to counter the worrying rise of xenophobia.”

Listing three priorities to protect vulnerable migrants and reduce the number of deaths – saving lives; addressing the drivers of irregular migration; and partnering for effective action – he said: All States have the international obligation to save the lives of those seeking help.”

As the leading inter-governmental agency in its field, IOM works in partnership with the United Nations on a broad range of migration-related issues. Various reports and resolutions discussed and adopted each year by the UN General Assembly show that migration concerns virtually all countries around the world.