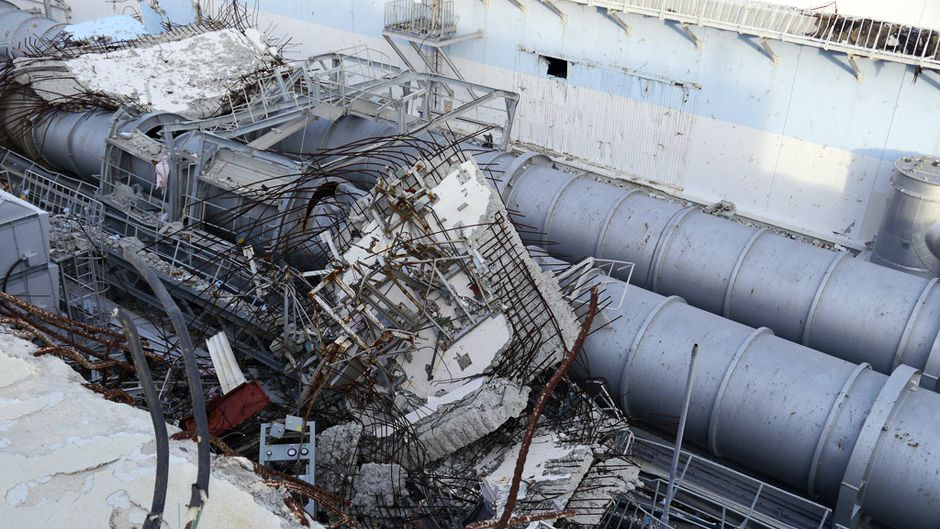 Government and civil society leaders from around the world are gathering in the Japanese city of Sendai for a United Nations conference that will take stock of ten years of global work to better prepare for and curb the impact of disasters, and to agree on an updated global response framework. The Third World Conference on Disaster Risk Reduction takes place in the centre of the Tohoku region, which bore the brunt of the 2011 earthquake and tsunami that led to the Fukushima meltdown. It is an appropriate location to continue making the strides that began amid the devastation of the Indian Ocean tsunami in January 2005, which claimed 227,000 lives.

The aim is to update the landmark agreement reached a decade ago in Hyogo, also in Japan, which detailed the work required from all different sectors and actors to reduce disaster losses. The Hyogo Framework for Action (HFA) has produced some important successes, including the reduction in the number of people directly affected by natural disasters in Asia — where most such disasters occur — by almost one billion.

While such successes are encouraging, there remains widespread concern that the drivers of disaster risk — improper land use, non-existent or poorly implemented building codes, environmental degradation, poverty, climate change, and, most important, weak governance institutions — are still present.

Furthermore, a string of tragedies since 2005, and recognition of the huge financial cost of repairing damage to commercial and residential buildings worldwide — an average of $314 billion each year, 85 per cent of which is borne by the private sector — highlight the need for intensified action.

In an op-ed published this week, Secretary-General Ban Ki-moon said that a new UN report found that annual investment in disaster risk reduction of $6 billion can result in savings of up to $360 billion. Recognition of that has led to greater private sector participation in the Sendai conference.

“A decade ago, when the last such gathering was held, the private sector was scarcely represented,” Mr. Ban said. “This time, companies and entrepreneurs will be there in full force to explore a range of valuable opportunities.”

Ahead of the conference, Margareta Wahlström, the head of the UN Office for Disaster Risk Reduction (UNISDR), met with UN Radio to discuss her expectations for the meeting’s outcomes and its significance in what is a momentous year for the UN development system. She said there was already a high degree of agreement on disaster risk reduction issues and priorities and great understanding on what needs to be the focus of the updated framework.

“What is left for Member States and countries now,” she said, “is to find a common formula for the terms of international cooperation on financing, on how to formulate a common global commitment. But also of course the achievement of sustainable development goals and how to deal with climate adaptation.”

Ms. Wahlström said that the new framework will seek to improve the functioning and integration of institutions and policies designed to mitigate disaster risk, while pushing for continued focus on strong preparedness measures and the importance of proper planning and execution of reconstruction.

“If that document gets fully agreed and it has strong sense of proximity to what countries, national and local governments need, then we have a success,” she said, adding that she hoped that the conference would help to forge new partnerships on disaster risk reduction. “In an environment which is so intense in collaboration between organizations and local governments, if they come out of the conference with even more commitment to that collaboration… that is also a sign of success.”

Ms. Wahlström added that the questions up for discussion in Sendai are the same ones permeating talks on the entire post-2015 development agenda and she stressed the importance of aligning the new framework with the new development agenda and the expected new climate agenda to be agreed in Paris at the end of 2015.

Sendai is the first of several international meetings this year at which major global development and climate change issues will be agreed. After Sendai, world leaders meet in Addis Ababa in July to discuss financing for development, then again in New York in September to adopt a new development agenda, and finally in Paris in December to forge a meaningful, binding climate change agreement. She quoted the Secretary-General, who said “sustainability starts at Sendai” and acknowledged that 2015 will be a “very critical year” for the UN.

“That is a strong illustration that this is one of the cornerstones for success of all the efforts being put in in 2015 for a sustainable and viable development future for all countries in the world,” she said. “So it is an opportunity that lends itself to the increasing understanding of how risk, development and sustainability links to each other.

“If we can keep that very strongly as an integrated part of the rest of this year, we will come out with a better foundation for sustainability in 2016.”