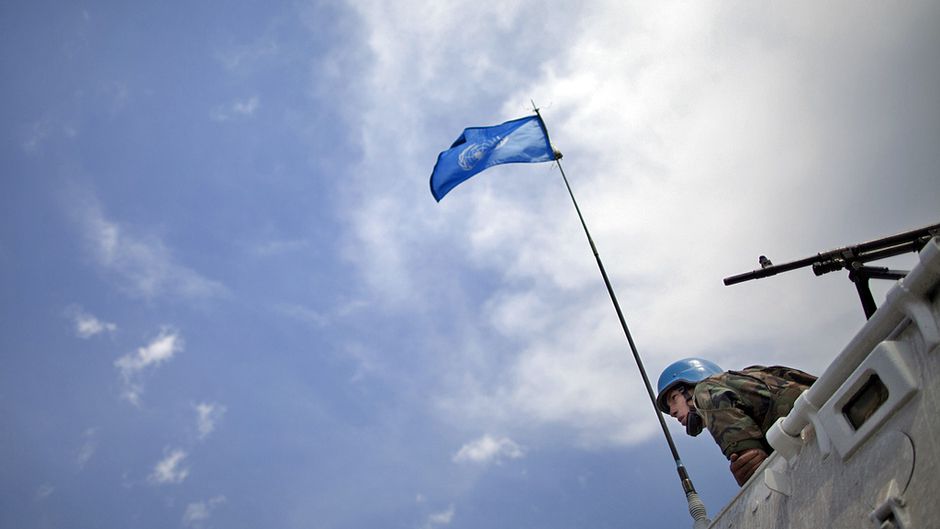 The United Nations is fighting a losing battle against a rash of political and humanitarian crises in 10 of the world’s critical “hot spots”.

“Not a single country, however powerful or resourceful as it may be, including the United States, can do it,” he warned last week.

The world’s current political hotspots include Syria, Iraq, Libya, Yemen, South Sudan, Somalia, Afghanistan, Ukraine, the Democratic Republic of Congo and the Central African Republic — not forgetting West Africa, which is battling the spread of the deadly disease Ebola.

Although the international community looks to the world body to resolve these problems, “the United Nations cannot handle it alone. We need collective power and solidarity, otherwise, our world will get more and more troubles,” Ban said.

But that collective power is conspicuous by its absence.

Shannon Scribner, Oxfam America’s humanitarian policy manager, told IPS the situation is serious and Oxfam is very concerned. At the end of 2013, she said, violent conflict and human rights violations had displaced 51 million people, the highest number ever recorded.

In 2014, the UN appealed for assistance for 81 million people, including displaced persons and others affected by protracted situations of conflict and natural disaster.

Right now, the humanitarian system is responding to four emergencies — those the UN considers the most severe and large-scale — which are Central African Republic, Iraq, South Sudan, and Syria.

These crises alone have left 20 million people vulnerable to malnutrition, illness, violence, and death, and in need of aid and protection, she added.

Then you have the crises in Yemen, where two out of three people need humanitarian assistance; West Africa, with Liberia, Sierra Leone and Guinea asking for eight billion dollars to recover from Ebola; in Somalia, remittance flows that amount to 1.3 billion dollars annually, and are a lifeline to millions who are in need of humanitarian assistance, have been cut or driven underground due to banking restrictions; and then there is the migration and refugee crisis in the Mediterranean, where almost 1,000 people have died trying to escape horrible situations in their home countries, Scribner said.

The United Nations says it needs about 16 billion dollars to meet humanitarian needs, including food, shelter and medicine, for over 55 million refugees worldwide.

Last month, a UN pledging conference on humanitarian aid to Syria, hosted by the government of Kuwait, raised over 3.8 billion dollars.

But the United Nations is appealing for more funds to reach its eventual target of 8.4 billion dollars for aid to Syria by the end of 2015.

But most conflicts have remained unresolved or stalemated primarily due to sharp divisions in the Security Council, the UN’s only political body armed with powers to resolve military conflicts.

Asked if the international community is doing enough, Scribner told IPS there is no silver bullet for dealing with these crises around the world because there are so many problems causing them: poverty, bad governance, proxy wars, geopolitical interests playing out; war economies being strengthened through the shipment of arms and weapons; ethnic tensions, etc.

The humanitarian system is not built for responding to the crises in the 21st century.

She said Oxfam is calling for three things: 1) More effective humanitarian response by providing funding early on and investing more in local leadership; 2) More emphasis on working towards political solutions and diplomatic action; and 3) Oxfam encourages the international community to use the sustainable development goals to lift more people out of poverty and address inequality that exists around the globe today.

Scribner said the combined wealth of the world’s richest 1 percent will overtake that of everyone else by next year given the current trend of rising inequality.

The conflicts in the world’s hot spots have also resulted in two adverse consequences: people caught in the crossfire are fleeing war-torn countries to safe havens in Europe while, at the same time, there is an increase in the number of killings of aid workers and UN staffers engaged in humanitarian work.

An estimated 900 refugees and migrant workers from war-devastated Libya died in a ship wreck in the Mediterranean Sea on the weekend.

Over the weekend, hundreds of refugees and migrant workers from war-devastated Libya died in the high seas as a result of a ship wreck in the Mediterranean Sea. The estimated death toll is over 900.

On Monday, four staff members of the UN children’s agency UNICEF were reportedly killed in an attack on a vehicle in which they were riding in Somalia, while four others were injured and remain in serious condition.

Ian Richards, president of the Coordinating Committee of International Staff Unions and Associations, told IPS: “We’re appalled at the loss of our colleagues in Garowe, Somalia and are very concerned for those injured. They truly were heroes doing great work in one of the world’s most dangerous locations.”

He said the United Nations has been clear that it will continue to operate in Somalia and “our work is needed there.”

“We support the work of our colleagues in these difficult circumstances,” he said.

At the same time, Richards told IPS, “We should not lose sight of a context in which UN staff and, in the case of local staff, their families, are increasingly targeted for their work.”

It is therefore important, he said, that the secretary-general and the General Assembly fully review the protection the UN provides to staff in locations where their lives are at risk, so that they may continue to provide much-needed assistance in such locations.

Oxfam’s Scribner told IPS attacks on aid workers have steadily risen over the years — from 90 violent attacks in 2001 to 308 incidents in 2011 — with the majority of attacks aimed at local aid workers. They often face more danger because they can get closer to the crisis to help others.

Because local aid workers are familiar with the landscape, speak the local language, and understand the local culture, and this also puts them more at risk, she said.

“That is why it is not a surprise that local aid workers make up nearly 80 percent of fatalities, on average, since 2001,” Scribner added.

Last year on World Humanitarian Day, the New York Times reported that the number of attacks on aid workers in 2013 set an annual record at 460, the most since the group began compiling its database, which goes back to 1997.

“These courageous men and women aren’t pulling out because they live in the very countries where they are trying to make a difference. And as such, they should be supported much more by the international community,” Scribner declared.

The writer can be contacted at thalifdeen@aol.com.