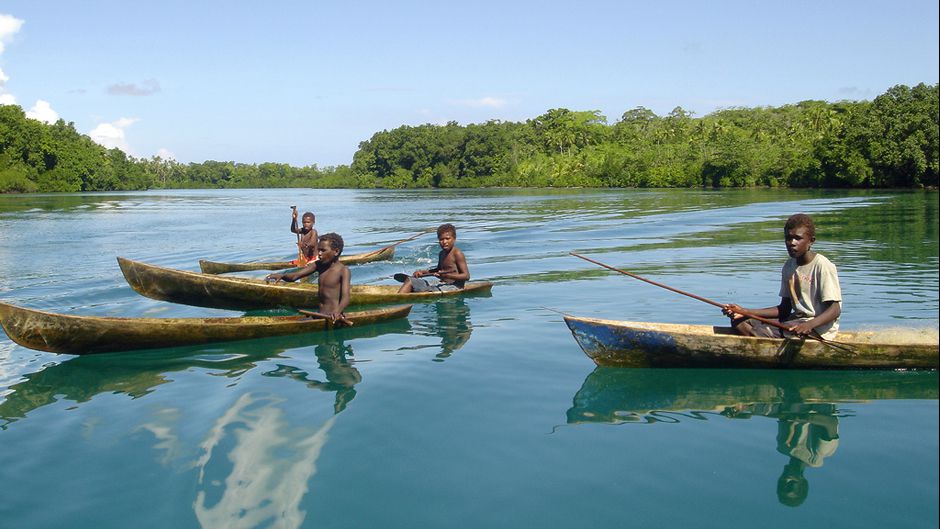 While drawing attention to some of the most beautiful beaches in the world, the International Year of Small Island Developing States — which kicked off yesterday at the United Nations — is also a chance to address increasing environmental degradation, and social and economic marginalization in those countries.

“This Year takes place at a time when the vast majority of islands are combating the ravages of climate change, and some, like the Maldives are literally sinking because of it,” the current UN General Assembly President, John Ashe, said during a ceremony that included singing, dancing and story-telling.

The Year — the first time the General Assembly designated an international year for a group of countries — is an opportunity for the international community “to share the many reasons why the global family of nations can and must act to support, protect, preserve and ensure the sustainable development of SIDS,” Mr. Ashe noted referring to the acronym for Small Island Developing States.

Yesterday’s launch at UN Headquarters in New York coincides with a preparatory meeting for the Third International Conference on SIDS, which will be held in Apia, Samoa in September.

The Conference will take place during the same month that the General Assembly will devote its annual high-level segment to deliberations on the sustainable development agenda beyond 2015, the deadline for the Millennium Development Goals (MDGs).

Under the theme of “sustainable development of small island States through genuine and durable partnerships,” the conference in Samoa will seek to ensure economic growth and social development while protecting the environment and increasing countries’ resilience. There are also side events planned on issues such as youth, national debt and environmental protection.

“The challenges that small island developing States are facing are challenges that all countries should be concerned about,” said the Secretary-General of the Conference and head of the UN Department of Economic and social Affairs, Wu Hongbo, who also participated in the launch. But because of their unique locations, small islands are particularly vulnerable, he added.

For example, the hurricane season has devastating impacts on lives and property, particularly in countries which see an increasing number of cycles and decreasing rainfall.

In Samoa, the 2012 Cyclone Evan caused about $400 million worth of damage, or roughly a quarter of the country’s gross domestic product (GDP).

“When you come to Samoa, we will show you the new communities of people who were shifted up from the coastal communities inland,” Prime Minister Tuilaepa Sailele Malielegaoi told journalists in a briefing alongside Maxine Pamela Ometa McClean, Minister for Foreign Affairs of Barbados.

“Our greatest fear this year is that we do not have a repetition before the Conference,” the Prime Minister said.

“Climate change represents a grave threat to the survival and viability of a number of low-lying nations,” Secretary-General Ban Ki-moon said in his address at the launch of the International Year, adding that he has brought the call for global environmental stewardship to officials at the UN and in capitals around the world.

To galvanize support for addressing climate change by reducing greenhouse gas emissions and mobilizing political will, Mr. Ban will convene a Climate Summit on 23 September in New York. “I invite all leaders to attend the Summit and announce bold actions,” he said.

UN Member States agreed two years ago to support the 51 highly vulnerable small island developing States (SIDS) — a group that was politically recognized at the Rio Earth Summit in 1992, underscored at a major international conference in Barbados in 1994 and again at a follow-up meeting in Mauritius in 2005.

Its economies face challenges from high costs in communication, energy and transportation, as well as lacks of infrastructure and little to no opportunity to create economies of scale.

In an earlier in-depth interview with the UN News Centre, Gyan Chandra Acharya, who in his role as a UN Under-Secretary-General officially represents SIDS in the UN system, stressed the importance of conferences, such as the upcoming one in Samoa, in “sensitizing the international community to the challenges these countries face.”

“It is first and foremost the responsibility of the countries concerned to have strong leadership and good governance, as well as to mobilize domestic resources for these purposes. But in today’s interrelated and globalized world, they cannot do everything on their own,” Mr. Acharya said. “They have to look for international support because of their lack of capacity, lack of institutions, and of course, lack of resources.”

The preparatory meetings for the Conference will continue in New York through Wednesday.